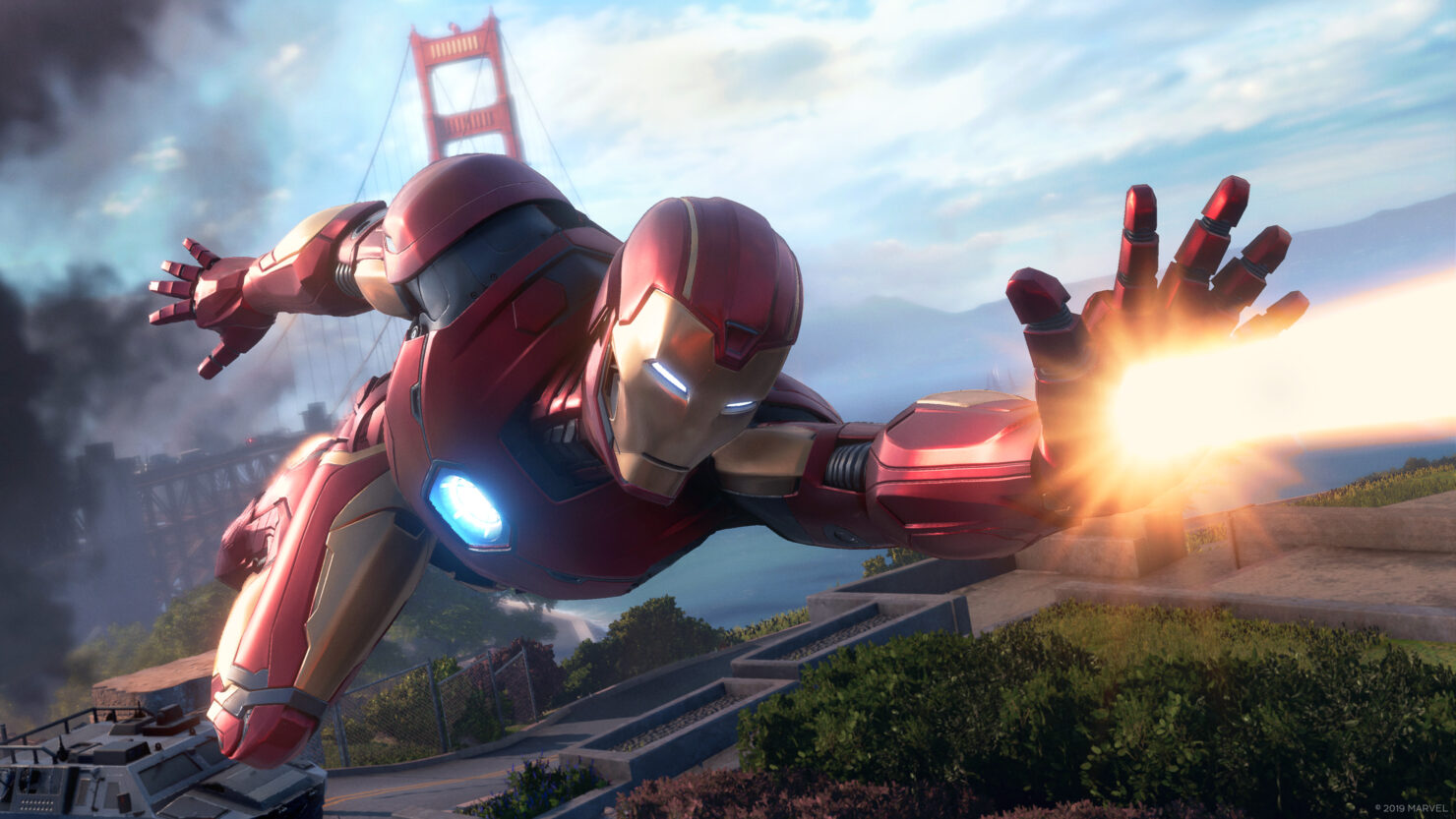 We all know about the reaction from people when it comes to Marvel's Avengers when certain aspects were first revealed at E3. Let's just say that the character designs weren't completely well received (though we know they're going to be polished up until the very launch of the game). While I understand the reason behind this, I also fully appreciate why Square Enix and Crystal Dynamics went the way they have with how the characters look. They want this to be their own Avengers Story and, as such, they want these to be their own Avengers.

For better and for worse, this game will certainly be that. In my recent hands-on play session at gamescom 2019, I got to control the five characters that will be launching with Marvel's Avengers as well as see a presentation that covered many aspects of the game's future, the plans in place, the direction it will take and how all of this will impact the player.

Let's talk about my hands-on first. The gameplay shown so far, on the Golden Gate Bridge, that's what I played through. Starting by controlling Thor, then Iron Man, Cap America, Hulk and finally Black Widow, it quickly pushes you through a linear sequence of combat and movement sequences highlighting the difference in styles between the characters. As can be expected, the characters are very different from one another. All characters have their own light, heavy and ranged attacks, as well as heroic moves, but it's how they impact on the world around them that highlights the core difference.

Hulk, understandably, can use the enemies themselves as a weapon, smashing them into each other. That or he's fantastic at destroying the environment and using it in his favour. Iron Man, on the other hand, can be considerably more tactical as you use his ability to fly to keep your distance, attacking from range and going in close when best. Black Widow, shows the polar opposite of all, being the weakest but most agile of the characters. Despite any plainly different style in combat styles, the combat felt samey and personally I blame this on the demo itself.

One of my first key issues when playing the game was the linearity. Yes, you could very limitedly see that each character can interact with the enemies and environment in different ways, but due to the structure of the demo, it didn't show this in any fun or engaging way. Frankly, playing it felt like playing any functionally above-average third-person action game, with the boss of Taskmaster boiling down to a series of QTE's. There was nothing that special here, bar the name of the characters you controlled.

This is where the presentation comes in and really helps to build some more interest in the title, at least for me anyway. So, the linear level was just the tutorial, as the developers had already told us back at E3. Aces! Does that mean the rest of the game will be more open, allowing more freedom? Yes and no. What you will do in the story is use a Helicarrier as a hub, choosing whatever level you want to take next. These levels will be split into two different types: Hero missions, which are single-player missions focused on a particular hero, said to be ones that highlight their combat style and abilities and Warzone missions, being the multiplayer aspect where you can join a team of up to four players in a true Avengers-style war.

Naturally, being a live service game, this is where the game will look to keep people engaged, coming back for more. Crystal Dynamics have promised a host of extra content coming to Marvel's Avengers at no extra cost. This content will be extra heroes, so hopefully we'll be controlling Hawkeye sooner, rather than later (or never), and they will also be releasing new missions and regions within the game. This is free, but a live service game will have extra monetisation somewhere. While it's been confirmed that there will be no loot boxes, always a plus, it has been confirmed that the game will sell a host of cosmetics for characters that you can "buy from our marketplace". I'm completely in favour of being able to simply buy a cosmetic option you want.

However, there's a slightly insidious aspect here. I saw on a screenshot what appeared to be a separate, premium, currency such as that in mobile titles or the Atomic Shop in Fallout 76. Sure, I got a comment from the developer about having a "good eye", having spotted it, but there was no confirmation or correction either way as to how it will work. I can’t say for certain, but I get the feeling this will be another premium currency aspect, where you always end up having to spend more money than you want to, always with more of the premium currency you needed but not enough left over to simply buy something, without spending more.

Still, cosmetic only and no loot boxes is a positive compared to the industries traditional route, with Crystal Dynamics stating that they are "drawing from 80+ years of Marvel history", as well as making some custom outfits, to really let your character stand out and choose your personal favourite look for the character. I wouldn't be too surprised if we also got the outfits from the films either, particularly after the earlier controversy over the characters appearances. Also, worth noting is that you will also be able to earn other costumes simply in-game.

Other ways to customise your character will come from the gear you equip. Gained within the missions in-game, you'll be picking up new equipment, improving your character as you go along, with gear also having levels and points to improve, using resources gained through your actions and completion of missions. In addition to this, as you level up any character, you also have multiple skills to unlock.

It all looks and sounds like Marvel's Avengers could be the real super-hero style live service, following the failure of Anthem at being the Iron Man-like game it could have been. Hell, this has Iron Man and personally, I actually quite like the design of some characters. Black Widow and Cap America look great to me, with mixed feelings on the other designs (I can't say I'm a fan of Thor's, for example). So long as the content is there when the game launches, with the promise of a strong single-player experience, then I can't help but see promise for the game.

Just to finish though, I do have one issue. So far the enemy is Advanced Idea Mechanics (AIM), a very human-looking company. How this can be described as Earth's biggest threat is beyond me, knowing what The Avengers have faced in the 80+ years that has been drawn from. There will be a host of villains in the game, so no doubt there's something secret and hidden behind the scenes, but I find it difficult to believe that a human company building robots is more fearsome than the galactic threats The Avengers have faced so far. Crystal Dynamics have been working with Marvel to ensure the game is Canon though, though we know how comics can flip-flop at the best of times.

What we do know is that we'll find out exactly who Marvel's Avengers will be facing on the 15th of May, 2020, when it comes to the PC, PlayStation 4, Xbox One and Google Stadia. No doubt we'll find out more about the game before that and keep you all informed.