Has Mark Zuckerberg Become the World’s Most Powerful Editor? 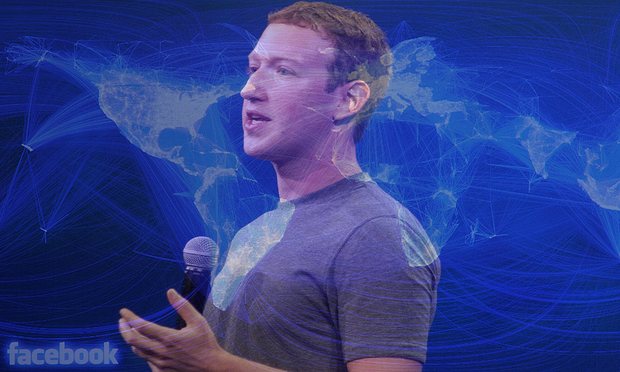 Earlier in the year, Facebook was accused of deliberately suppressing articles from conservative news sites. The social networking site recently fired its team of editors who managed the trending topics section, replacing them with algorithms. However, algorithms haven’t proven to be the solution of this dilemma where Facebook wants to be in a position to control popular media and do so in an impartial way. The company faced severe backlash when this automatic news editorial process promoted a fake news story.

Now, a new controversy over Facebook’s increasing hold on what trends and what gets censored has made into the headlines. The controversy started when Facebook decided to delete a post by a Norwegian writer that featured The Terror of War (aka napalm girl), a Pulitzer-winning photograph that showed a naked 9-year-old running away from a napalm attack during the Vietnam war.

Should we be afraid of Zuckerberg's hold over public opinion?

"Dear Mark Zuckerberg," reads the headline of a front-page open letter on Aftenposten, Norway’s largest newspaper. Criticizing the company’s decision to censor the iconic photo from the Vietnam war, Espen Egil Hansen, the paper’s editor-in-chief called on Zuckerberg to recognize his role as "world's most powerful editor."

I am upset, disappointed – well, in fact even afraid - of what you are about to do to a mainstay of our democratic society.

Hansen wrote that the “duty” of media is to bring important information to readers, and it "should not be undermined by algorithms encoded in [Facebook’s] office in California." "I am worried that the world’s most important medium is limiting freedom instead of trying to extend it, and that this occasionally happens in an authoritarian way," he continued.

A tech company or a media organization

This open letter comes at a time when Facebook is already being heavily criticized for its increasing, but ill-strategized role in disseminating news. While the company wants to act as a tech organization, its involvement in the news dissemination process has become inevitable to ignore. As more and more people depend on Facebook to read top stories, it is becoming difficult for media organizations to ignore it.

Even though I am editor-in-chief of Norway’s largest newspaper, I have to realize that you are restricting my room for exercising my editorial responsibility. This is what you and your subordinates are doing in this case.

Hansen accused Zuckerberg of "abusing" his "power" without having thought about it. Facebook later responded it was difficult to know the context of the picture.

The company said in a statement, "While we recognize that this photo is iconic, it’s difficult to create a distinction between allowing a photograph of a nude child in one instance and not others. We try to find the right balance between enabling people to express themselves while maintaining a safe and respectful experience for our global community. Our solutions won’t always be perfect, but we will continue to try to improve our policies and the ways in which we apply them."

"Any photographs of people displaying fully nude genitalia or buttocks, or fully nude female breast, will be removed," the notice from Facebook had warned the publication. However, before Aftenposten could respond, Facebook deleted the article and image from the newspaper’s Facebook page.

First you create rules that don’t distinguish between child pornography and famous war photographs. Then you practice these rules without allowing space for good judgement. Finally you even censor criticism against and a discussion about the decision – and you punish the person who dares to voice criticism.

Like many others before, Hansen proposed Facebook to introduce "geographically differentiated guidelines and rules." He also advised to "distinguish between editors and other Facebook-users," if Zuckerberg really wants to "make the world more open and connected," and not just superficially so.

With nearly 1.7 billion active users, Facebook exerts an enormous power over public opinion. The networking site is no longer restricted to merely networking as the company is increasingly focusing on sharing and monitoring news stories. As Facebook grows not only in number, but its singular authority over what we see, it's important for the company to realize its role of responsibly sharing - and not censoring - news stories. And do so without meddling with the editorial process. "Editors cannot live with you, Mark, as a master editor."