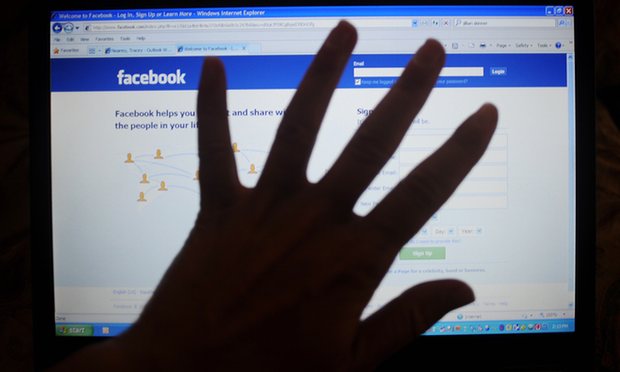 Facebook routinely blacklisted topics of interest to conservatives from its network's "trending" news section, anonymous allegations came forward earlier this week. Following these allegations, the US Senate Commerce Committee, led by Republican John Thune of South Dakota has sent a letter to Mark Zuckerberg requesting answers to several questions the committee has on the site's trending section.

According to a former journalist who worked on the project as a contractor, Facebook workers suppressed conservative stories from appearing in the trending section, even when they were organically trending among the social network's users. Published by Gizmodo, the story claims that news curators at Facebook were "instructed to artificially “inject” selected stories into the trending news module, even if they weren’t popular enough to warrant inclusion—or in some cases weren’t trending at all. The former curators, all of whom worked as contractors, also said they were directed not to include news about Facebook itself in the trending module." Ironically, the story initially published by Gizmodo has been trending on Facebook. 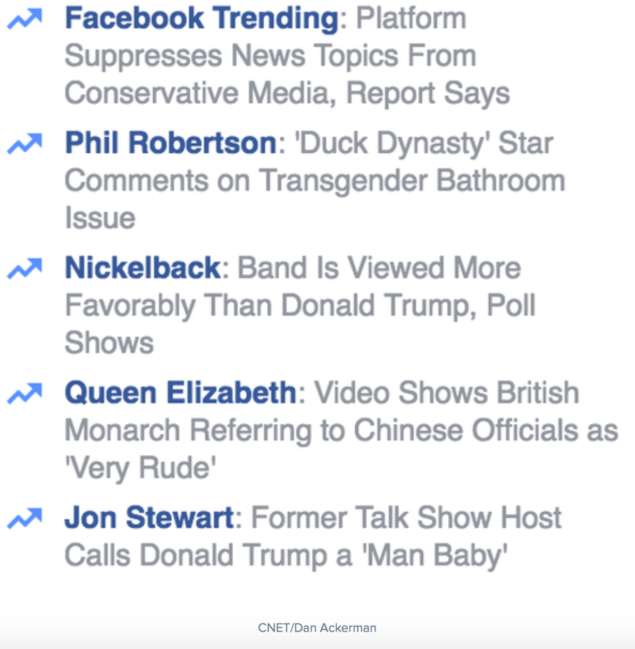 "Facebook’s news section operates like a traditional newsroom, reflecting the biases of its workers and the institutional imperatives of the corporation," story claimed, citing anonymous workers and contractors "primarily educated at Ivy League or private East Coast universities". These allegations come in contrast to Facebook's claims that the trending algorithm only lists the topics that are organically popular on the site.

The senate's letter demands the social networking site's chief to respond to these anonymous allegations that its workers suppressed news and links to right-leaning stories and websites. Facebook has denied these allegations that it manipulates its news trending section. In response to the committee’s inquiry, the company's statement said that it "looks forward to addressing" Thune’s questions.

Trending Topics is designed to surface popular conversations — no matter where they fall on the political spectrum — and our guidelines require the review team members to allow all points of view.

We have seen allegations that people did not honor the intent of those guidelines. Although the allegations are anonymous, we take them seriously. We are continuing to investigate whether any violations took place. As we investigate, we will also keep reviewing our operational practices around Trending Topics — and if we find they are inadequate, we will take immediate steps to fix them.

Whether Facebook does silence right-leaning voices or not, remains to be proved. However, some suggest it's not as much of a big deal. Most of the users usually care more about News Feed, not the trending news box that isn't part of the mobile News Feed. Even in the desktop version of the social networking site, trending news are placed in the right-side panel under event invites and never-ending birthday notifications. But, if these allegations prove to be true, it shows the scary control the company can have on its users, what they see, and what they share.

Thune has asked the company to respond by May 24, so you can expect to hear more details about this algorithm then. 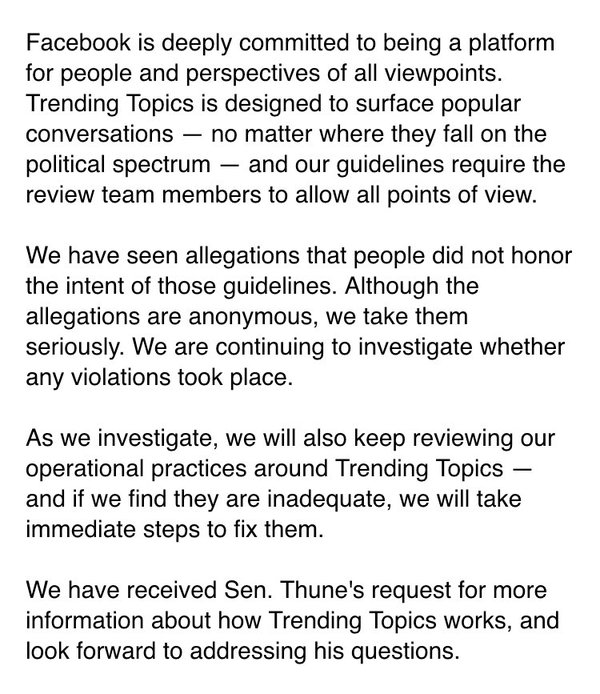 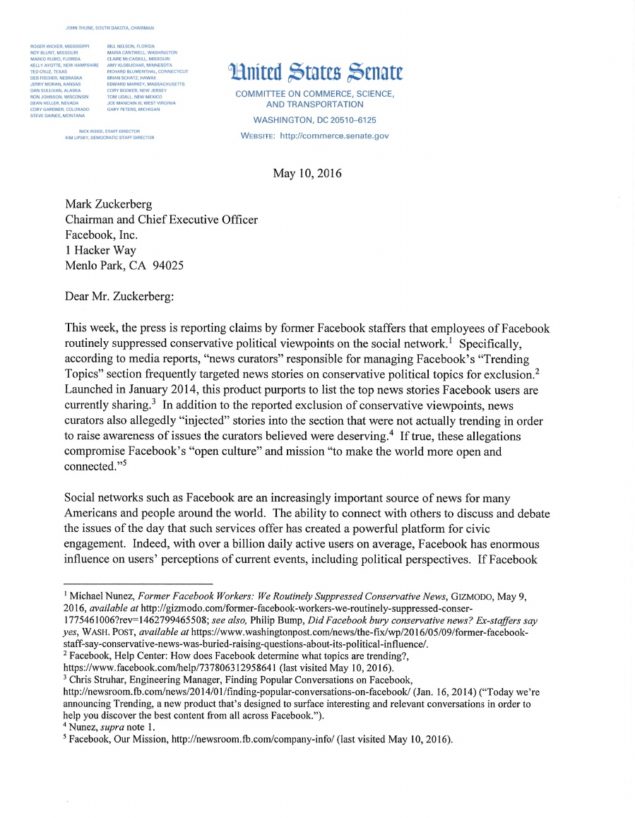 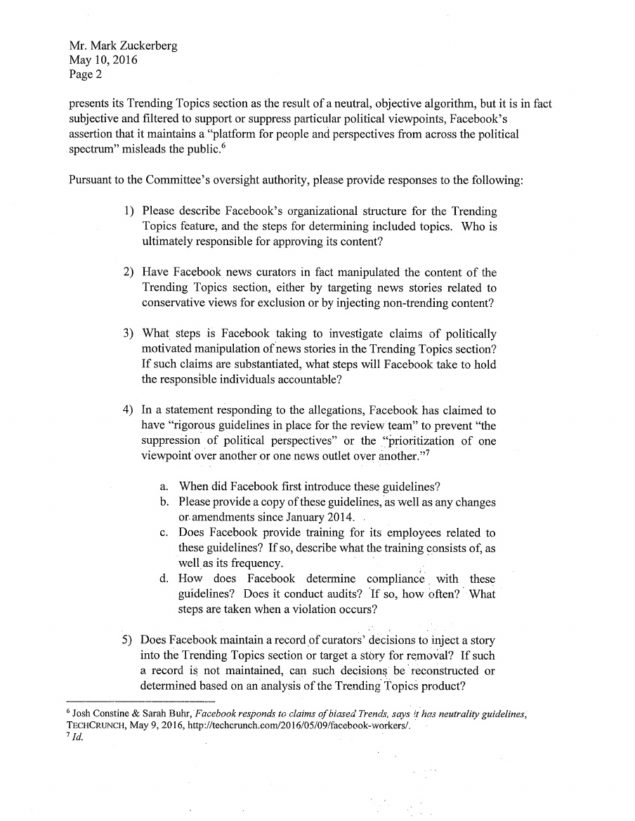 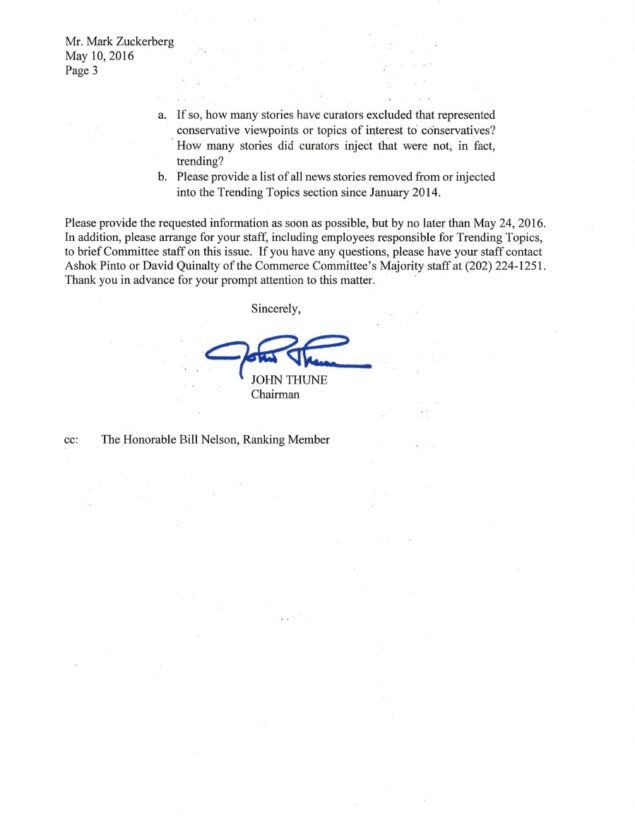