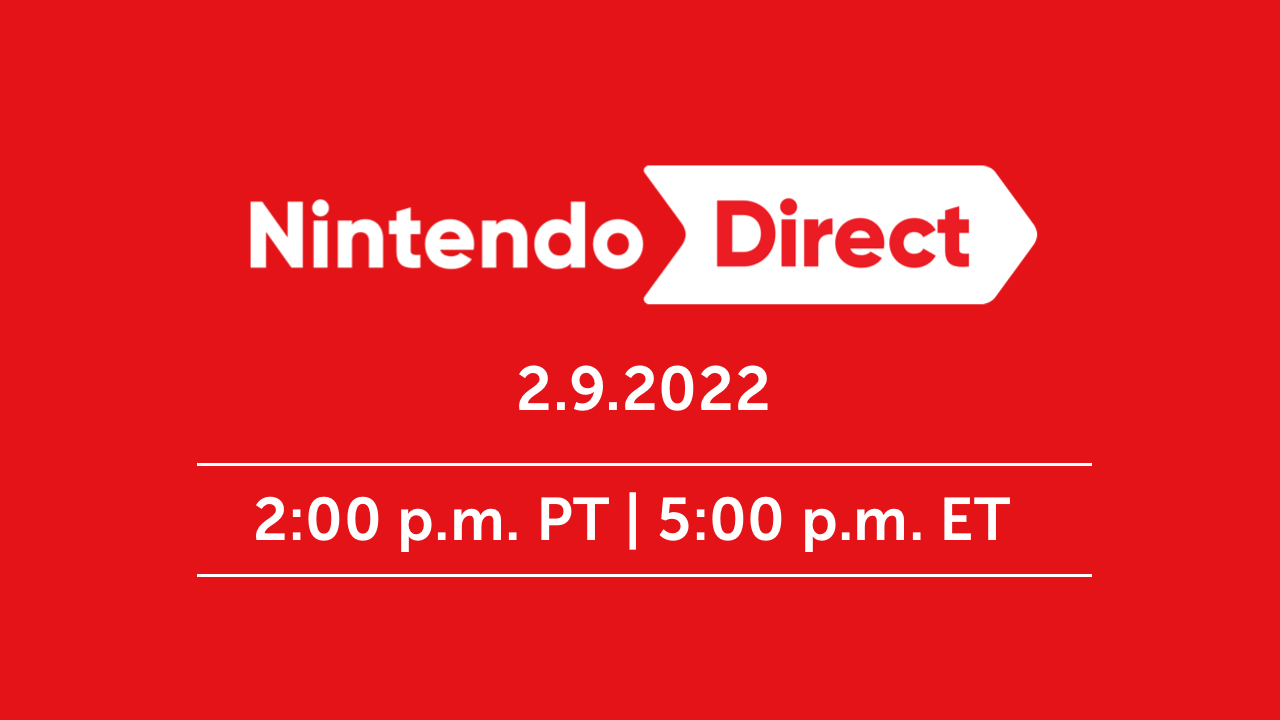 Nintendo Directs, the subject of both speculation and sometimes anger. They don’t happen too often but when they do, they’re usually big presentations that discuss lots of upcoming projects for their games that are out now or coming soon. One of the biggest Nintendo Directs happened in September 2021, when it showcased the day that Smash Ultimate’s final DLC character would be revealed (that being October 5th, 2021, and the last character was Sora).

Fast forward to earlier today, and Nintendo of America announced a brand-new Nintendo Direct’s air date. You can view that tweet below.

Tune in 2/9 at 2 p.m. PT for a #NintendoDirect livestream featuring roughly 40 minutes of information mainly focused on #NintendoSwitch games launching in the first half of 2022.

As you can see, the game developer has gone ahead and revealed that tomorrow, at 5 P.M. EST, a 40-minute Nintendo Direct will be upon us. Its premise is to focus on games currently not out yet, which means it could have to do with games like Splatoon 3 or Kirby and the Forgotten Land (both of which hit store shelves next month).

In terms of watching it, you’ll be able to watch the stream either through the link provided in the tweet or on Nintendo’s official YouTube channel. That said, aside from the aforementioned upcoming releases, you could probably expect information on Bayonetta 3 as well, though, the game currently only has a 2022 release date, no specific quarter.

Maybe, just maybe, a brand-new project could be in the works, and we haven’t learned about it yet. Maybe we could see a brand-new F-Zero game after eighteen and a half years, or we could probably get a new entry in a more popular series such as Xenoblade Chronicles.

However, that would be very unlikely, and the far more rational expectation would be something along the lines of more DLC for something currently out. It's easy to expect a few more updates regarding the Nintendo 64 channel or new additions to the Nintendo Switch Online service. Regardless, we’ll keep you updated on what happens during tomorrow’s Direct.