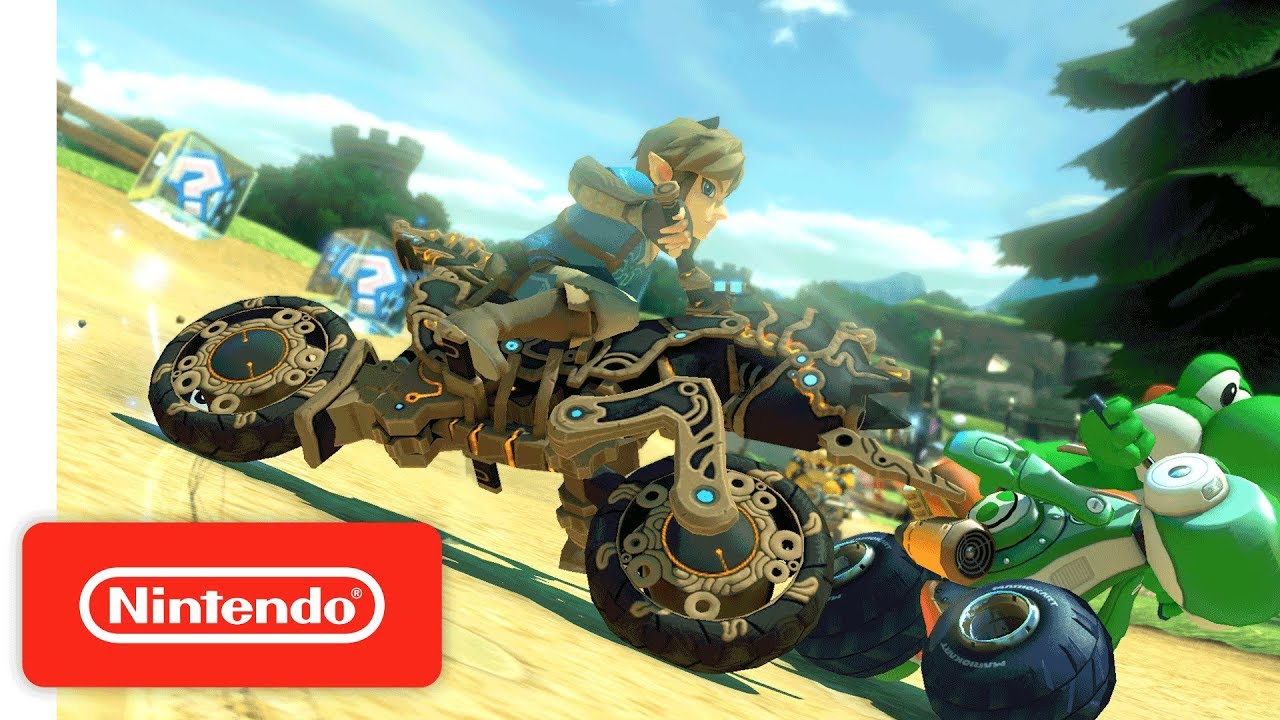 Nintendo has released Mario Kart 8 Deluxe update 1.6.0 for the Nintendo Switch, which adds the Zelda Breath of the Wild  Master Cycle Zero kart and Link's Champion’s Tunic to the game.

Alongside the new kart and costume, the update also adds the Ancient Tires and the Paraglider parts.

Looks who joined the race! Link from The Legend of Zelda: Breath of the Wild?!!?? Race or battle riding on the Master Cycle Zero and more!

We’ve included the official release notes for update 1.6.0 down below:

Update includes revisions to improve gameplay, as well as some content not listed here.