UPDATE 1: The minimum system specifications for No Man's Sky have been published on Steam: 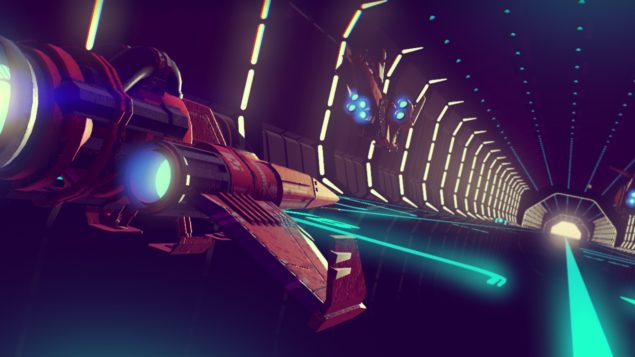 On the game’s official website, Hello Games announced that No Man’s Sky will be releasing on June 21, 2016. The sci-fi adventure survival will be released in Europe a day later, while the gamers in the UK will have to wait till the 24th of June.

We won’t spoil the surprises in store here, so we recommend you visit your favourite website or blog to hear more 🙂

As well as announcing a release date – June 21 in North America, June 22nd in the Europe, and June 24th in the UK – we’ve also been thinking of cool ways fans can get their hands on the game.

Ever since we announced No Man’s Sky, we’ve been eager to hear what everyone would like to see from the game, and there’s been many, many requests on the various ways you want to play and purchase.

Alongside the game’s release date, the developer also announced that the game is available for pre-order now through PSN. A standard and a special edition will be released for PS4 owners. 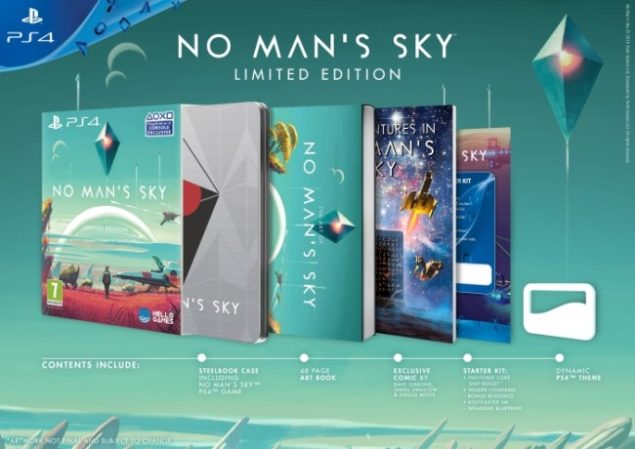 From today, PS4 owners can pre-order No Man’s Sky both digitally through PSN and at retail as part of a standard edition and a bumper Special Edition, which comes with all kinds of neat extras – such as a Dynamic Theme, a gorgeous art book with concepts from the game, and a comic co-created by Dave Gibbons, James Swallow and Angus McKie.

PC players won’t be left out though – a PC-only Explorer’s edition is being created. PC players are able to pre-purchase the game via GOG.com, Steam, and Humble stores. 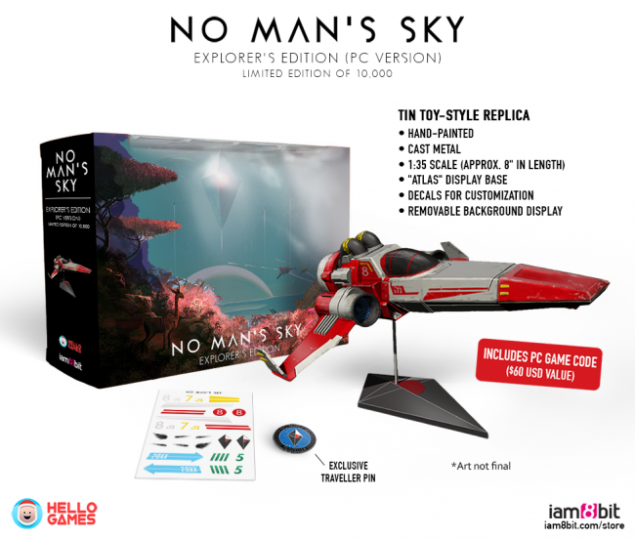 As well as pre-purchase pages on Steam, GOG.com and Humble stores, we wanted to do something special for PC fans too.

We’ve been working closely with our friends at iam8bit to create the very first official merchandise for the game, from cool prints to T-shirts and a neat Atlas pin, and a PC-only Explorer’s Pack, with a hand-painted, cast metal ship replica, some exclusive goodies and a digital copy of the game on Steam or GOG. We’re hope you’re just as excited as we are to get one of these!

For more info on No Man’s Sky, check out the game’s official website right here.

No Man’s Sky Is Only 6GB On Disc; First Update Already Being Worked On