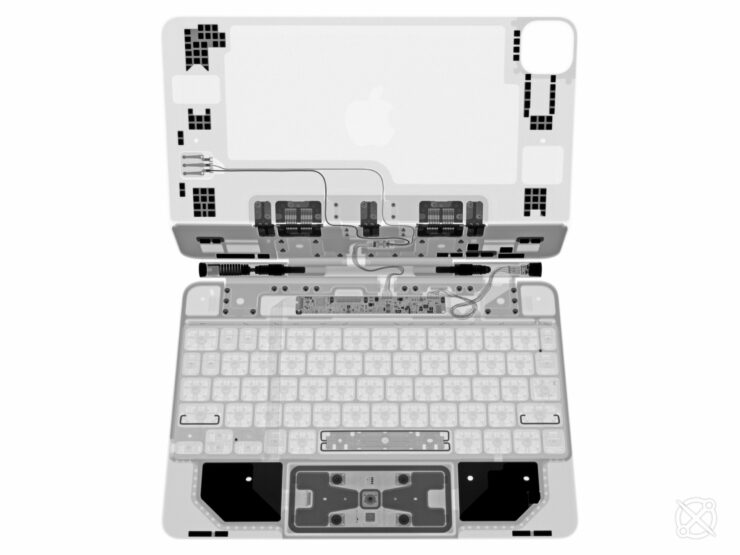 As per tradition, iFixit has taken apart the new Magic Keyboard for iPad Pro to give us a glimpse at Apple's newest accessory. It turns out that Apple has put in some serious engineering into how the keyboard, and specially its trackpad, work in the form factor.

The folks at iFixit posted some X-rays of the 11-inch Magic Keyboard for iPad Pro and shared details of how the scissor switches used for the keys are not the most complicated part of the keyboard. Apple opted for scissor switches over butterfly switches, a change that started with  the16-inch MacBook Pro keyboard.

Just under the keyboard, there are metal plates in the palm rest, used as weights to counterbalance the weight of an iPad Pro, and keep it from falling over. 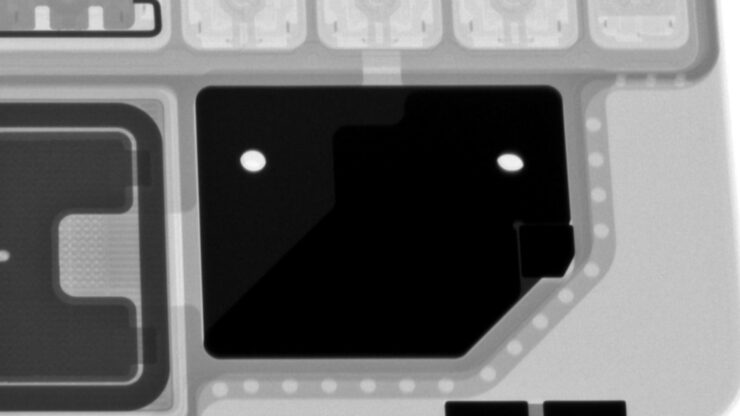 Then, there is the trackpad. Magic Trackpad for iPad Pro does not feature 'force touch', which is used for trackpads on MacBook. They feature a haptic motor and simulate a 'press', and work wherever you tap on the trackpad. With this Magic Keyboard, Apple has used some clever engineering and implemented a butterfly-like lever design. The whole trackpad is just one button and the lever system helps it work the same, no matter where you apply force on it.

What looks like multiple buttons in the X-ray is actually just one button and a simple, elegant lever system. The single button is at the center of the trackpad, where the mechanism is rigid. When you apply pressure near the center, whether top, middle, or bottom-center, you are directly pressing the button. Press near the top, bottom, or one of the corners, however, and the lever system comes into play, forcing the contact plate in the center upward to make a click happen. 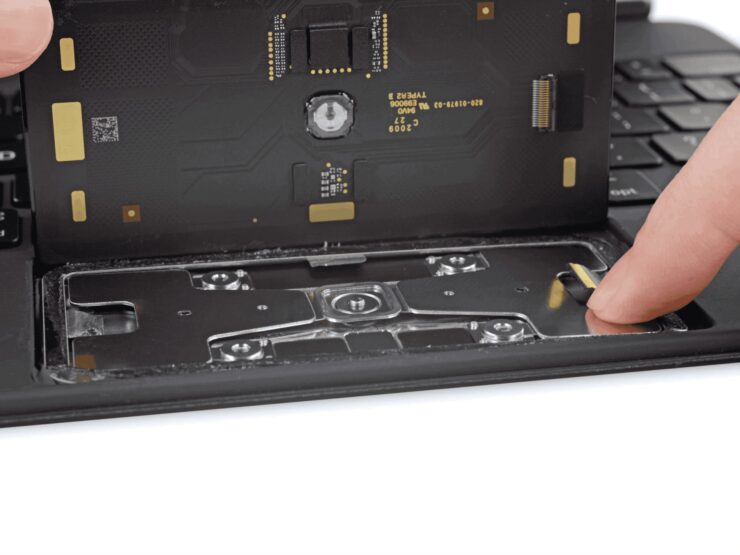 The hinge that holds the iPad Pro consists of two spring-loaded elements on either side of the main fold, and a smaller pin hinge on top. This is perhaps one of the biggest features of the keyboard, which gives the iPad Pro a 'floating' look. 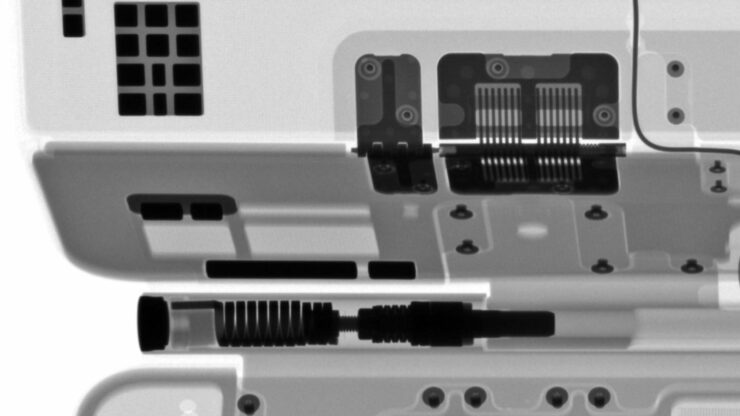 Even though the Magic Keyboard costs more than what most people would have liked, these X-rays reveal that it packs enough technology behind the scenes that to make it a joy to use. It is available for $299 for the 11-inch version, and $349 for the 12.9-inch version.