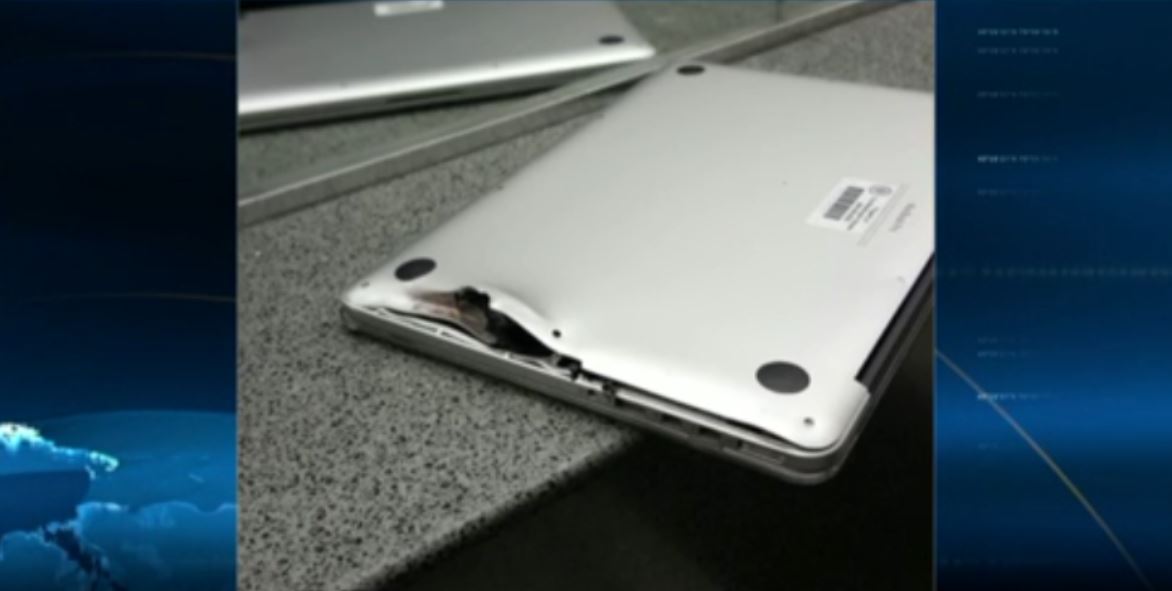 A man says that his MacBook Pro saved his life in the middle of the Fort Lauderdale shooting. He spoke to CNN's Anderson Cooper detailing his location at the airport when he heard the gunfire. The man is named as Steve Frappier and he further explained how he fell to the floor in order to protect himself. However, it is all thanks to Steve's MacBook Pro that his life was saved. Let's see some more details on the matter.

MacBook Pro Saves A Man's Life By Blocking A Bullet

Steve was near the baggage claim area when he heard the gun shots. At his time on the ground, Steve felt something hard hit his back. At first, the victim thought it was only the luggage falling from the carousal. Little did he know that he was hit by a 9 mm bullet.

“The backpack saved my life,” Steve Frappier said, speaking on CNN’s AC360. “I dropped and the backpack was still on my back and I was turned in such a way where that at one point when the shooter shot toward my direction … there was a bullet that ricocheted.”

“I felt something hit my back,” he said speaking to CNN’s Anderson Cooper. “It was only later when I went to the bathroom to check myself out that the bullet had entered my backpack, hit my laptop and then later when I gave my backpack over to the FBI for investigation they found the bullet in the pocket of my backpack.”

Once the whole scene was calmed down, the man saw a bullet damaging his school-issued MacBook Pro. Steve took his damaged back pack and MacBook Pro to the FBI, who further confirmed that the 9 mm bullet was indeed fired from the weapons used by the gunmen.

“The way that it ricocheted and entered my bag. That would have been my back,” agreed Frappier.

Frappier said he had quickly stuffed his laptop into his bag, leaving it open while disembarking from his flight earlier.

“It hit just so through the open backpack, exited, ran through the laptop and the casing and landed in an interior pocket of the backpack,” he said.

This is not the first time that an Apple product has saved someone's life. This is it for now, folks. What are your views on a MacBook Pro saving Steve Fappier's life in the Fort Lauderdale shooting? Share your thoughts with us in the comments section below.