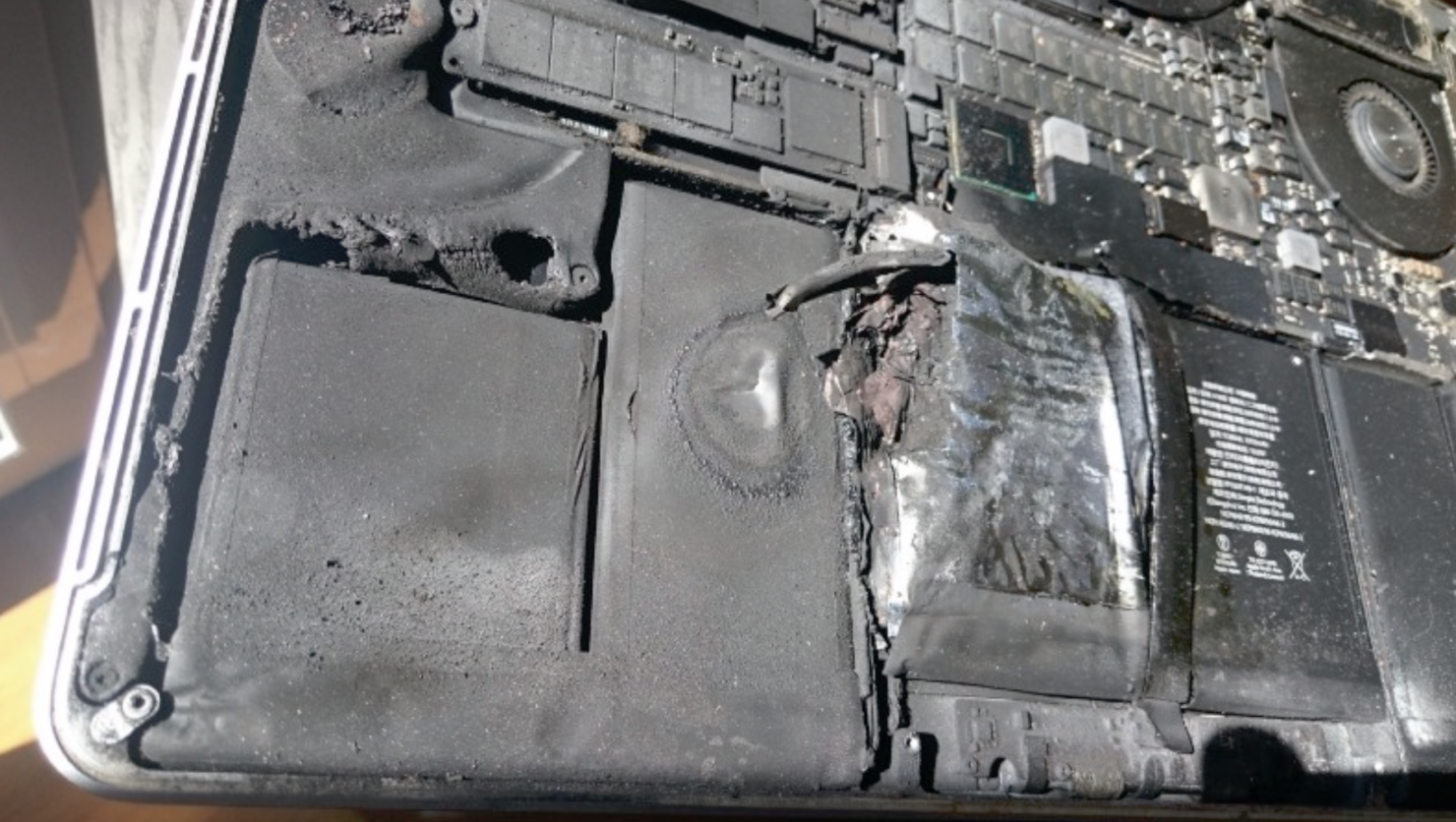 Earlier this month Apple surprised everyone by quietly refreshing the MacBook Pro lineup. The 2019 refresh of the lineup marks the fourth iteration of their current design. Apple's had a bumpy road with the notebooks; from failing keyboards to throttling, the MacBook Pro has been under fire for quite a while. With the 2019 upgrade, Apple has introduced new processors and nylon switch covers for the butterfly keyboard. Now we're learning that a MacBook Pro has caught fire and emitted toxic smoke. Take a look below for more details.

Explosions or reports of MacBooks catching fire aren't new. Given the sheer volume of devices that Apple has shipped, some of these are bound to malfunction. When they do, the user is often at great risk, as a notebook is often used in close proximity to the body. Today's report involves a similar occurrence, with only quick thinking by the user saving him from bodily harm.

DJ White Panda reports that while he was using is 15" 2015 MacBook Pro on his lap the day before yesterday, the notebook started to emit smoke from both sides. Thinking fast, White Panda put the laptop on the floor just in time, as it caught fire and emitted popping sounds and more smoke.

My MacBook Pro exploded today during normal use. No injuries, luckily. Some damage to the house. Could have been worse - good thing I wasn’t on a plane.

The smoke emitted from the notebook triggered the surrounding alarms, and the user was able to move the burning notebook outside only by using a pair of gloves. It took an hour for the notebook to cool down, and once it did, White Panda took it to Apple's retail outlet. The staff put the notebook in a fire vault and informed the user that they would reach out in 24 hours.

The next day, Apple's representatives informed him that they would update him after investigating in five days. The user states that he has not let any third-party perform repairs on his MacBook Pro, and he has used only genuine Apple accessories for charging. We'd like to take this moment to remind everyone about the importance of backups since White Panda had not backed up his recent music.

Thoughts? Let us know what you think in the comments section below and stay tuned. WE'll keep you updated on the latest.