Mac mini Refresh Dreams Are Still Alive, but No Info on Its Hardware Provided Just Yet 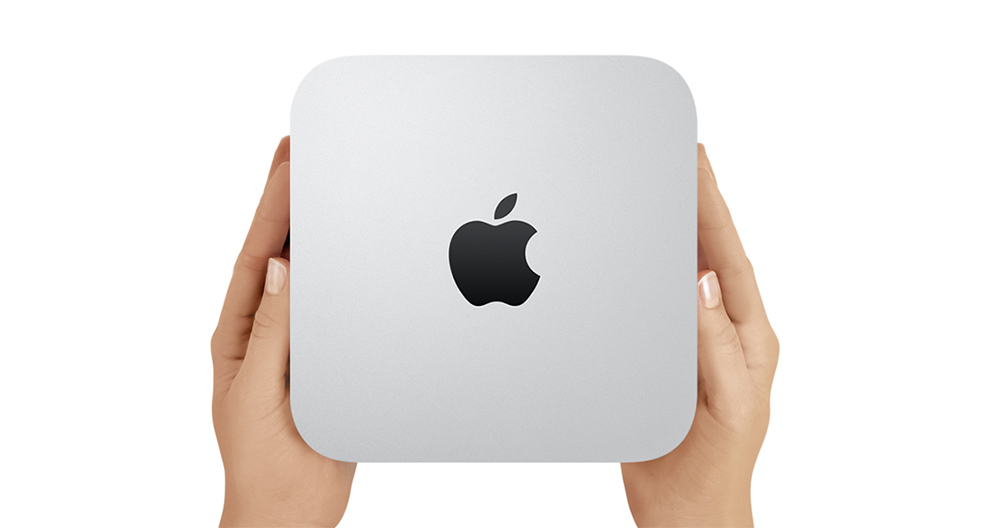 It has been three years since Apple first released a Mac mini update, leaving several people wondering if the company was going to cut this product from the shelf. A lot of critics also believed that the tech giant was going to throw out its Mac Pro out the window, but we were pleasantly surprised that we will be graced with a new product from next year.

Similarly, Tim Cook has a message for those who are contemplating if Apple will be giving attention to its Mac mini or not, and for those that want a portable machine to carry around that is not a notebook, we have some very good news for you.

According to Tim Cook, the Mac mini happens to be an integral part of the Apple hardware ecosystem and the CEO claims that the company will indeed be coming out with a refresh, if not for one tiny problem, which we’d like you to point out after reading the email note given below.

“I’m glad you love Mac mini. We love it too. Our customers have found so many creative and interesting uses for Mac mini. While it is not time to share any details, we do plan for Mac mini to be an important part of our product line going forward.” 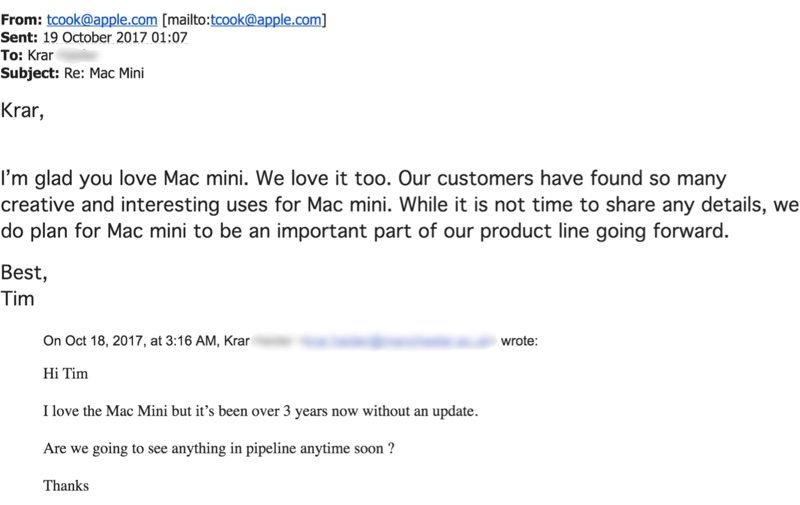 Cook has not decided to reveal the hardware that’s expected to be part of the Mac mini so we can only rely on speculation at this point. If Intel were to stick with its 8th generation processor lineup for 2018, then it is possible the Mac mini features a quad-core processor and a smaller, possibly thinner form factor than the current-gen machine.

Incorporating hardware that is three generations better than the components featured in the Mac mini, Apple should have plenty of room to downsize those dimensions, making it a viable option for users that want a product that utilizes reduced space as much as possible.

What sort of changes do you think are going to be present in the Mac mini? Tell us your thoughts down in the comments.