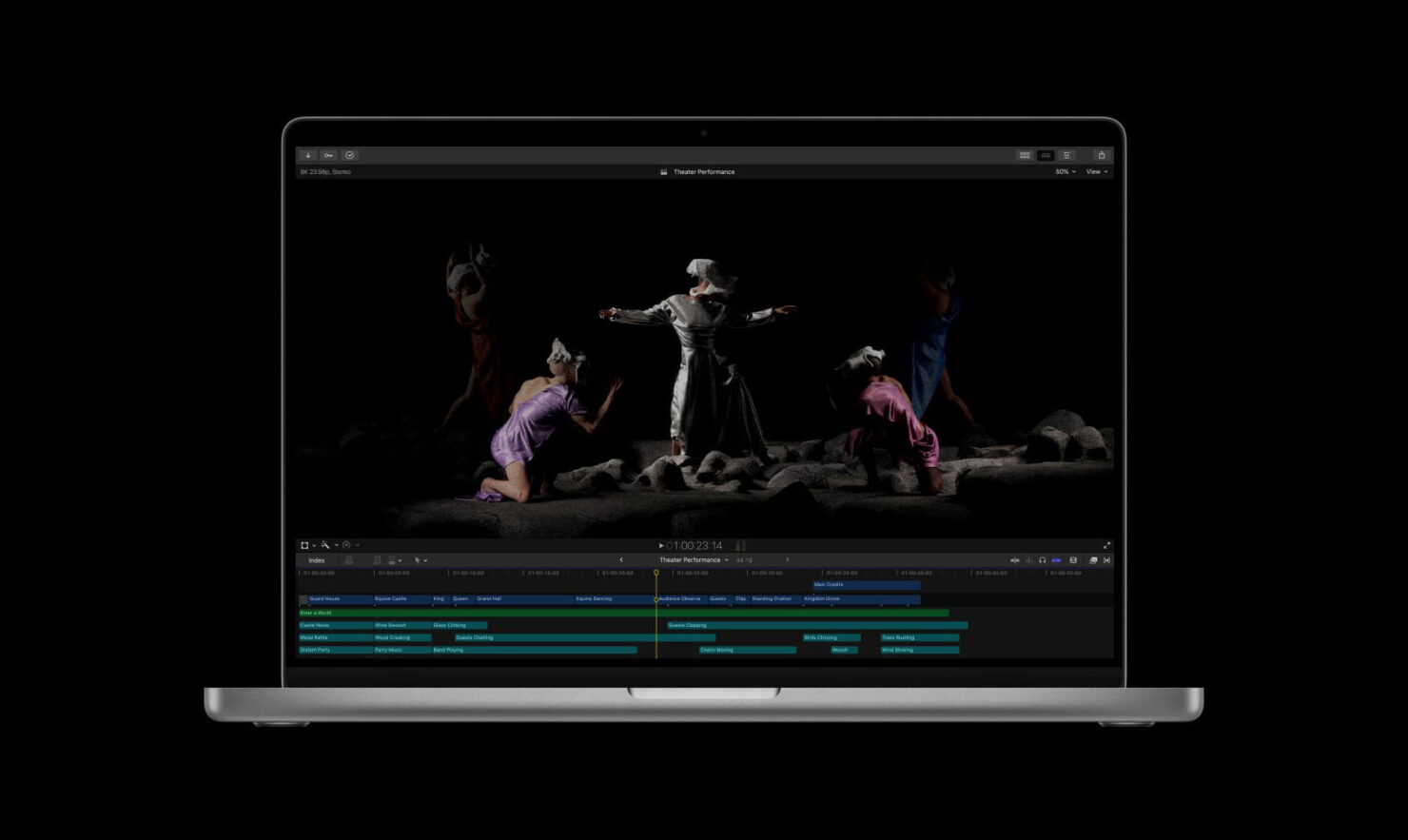 8K video rendering would have brought any hardware to its knees, but modern-day computing has made it possible to export such clips at insanely high resolutions and at a faster rate on portable machines like the 2021 MacBook Pro. Unfortunately, if you thought the top-end model from Apple featuring the company’s most powerful chipset, the M1 Max, would blow away the competition, you are in for a serious surprise as it barely scrapes past the Surface Laptop Studio, which is Microsoft’s flagship notebook that touts disappointing specs for the price it is stamped with.

The 8K video rendering results were provided by XDA Developers’ managing editor, Rich Woods, stating that the 2021 MacBook Pro featuring the M1 Max finished exporting a 4-minute project on Adobe Premiere Pro in a time of 21 minutes and 11 seconds. By comparison, it barely managed to beat the Surface Laptop Studio, which armed with a lackluster quad-core Core i7-11370H and RTX 3050 Ti completed the same task in 22 minutes and 41 seconds.

Both machines were beaten by the Lenovo ThinkPad P15, which handed out a mauling thanks to its 8-core Core i9-11950H and RTX A5000 GPU. It completed the 8K video render test in just 13 minutes and 48 seconds. The test was carried out on Adobe Premiere Pro, which would explain why the M1 Max had a difficult time. In Final Cut Pro, however, Woods states that the results are far better, but did not provide a comparison because the video editing program is not supported by Windows 10 or Windows 11 machines.

The test also did not reveal if the M1 Max features a 16-core, 24-core, or 32-core GPU. A higher GPU core configuration may have reduced the time it took to render the 4-minute clip, possibly putting the 2021 MacBook Pro in a commanding lead against the aforementioned notebooks. In a previously published gaming benchmark, the M1 Max with a 32-core GPU posted very impressive results, even though it lost to a laptop RTX 3080 with a 100W power limit.

If you are disappointed at the underwhelming performance of the M1 Max, do note that Adobe Premiere Pro is not optimized for Macs, and there are better programs that will deliver jaw-dropping results. For instance, DaVinci Resolve boasts around five times faster editing with 8K videos on the 2021 MacBook Pro models, so you might want to look into that next time you are working on a high-resolution project.