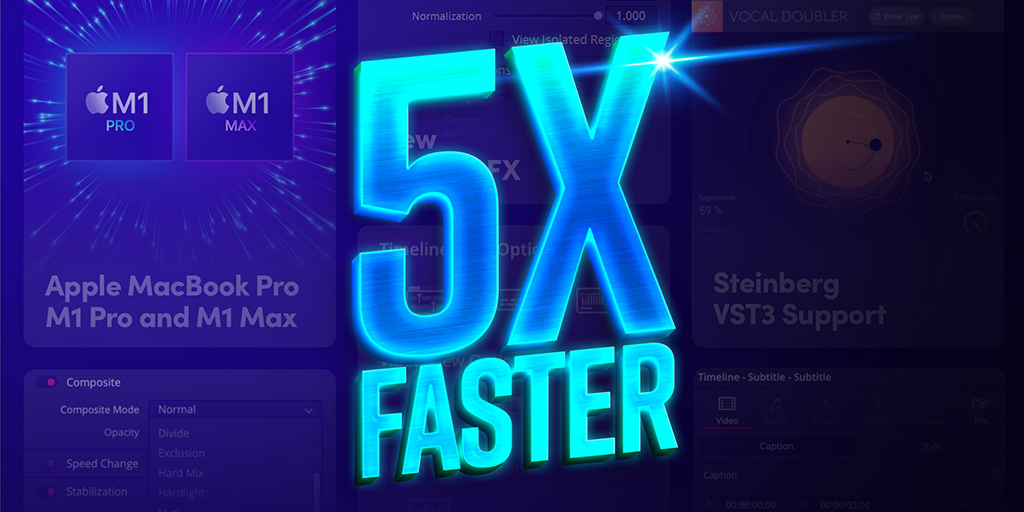 Blackmagic Design has pushed a new update to its professional video editing and color grading software, DaVinci Resolve. This new update adds full support for the latest M1 Pro and M1 Max chips. As a result, the software now runs up to five times faster on Apple's new MacBook Pro models; this is according to the developers.

In August, DaVinci Resolve received an update for Apple's M1 chip found in the more affordable 13-inch MacBook Pro, MacBook Air, and Mac Mini. The update did introduce a speed bump of up to three times. While the latest version of the software is not required to run natively on Apple silicon, the software has been optimized properly to take advantage of the more powerful chips that Apple has come out with.

The optimizations rely on hardware acceleration support for Apple's ProRes codec, as this has been designed specifically for Macs with both M1 Pro and M1 Max processors. According to Blackmagic, DaVinci Resolve now runs five times faster on the new 14-inch and 16-inch MacBook Pro, and the same speed bump is there when you are editing videos in 8K.

The DaVinci Resolve and DaVinci Resolve Studio 17.4 updates are now available for download from the Blackmagic Design website for all the current users. It is a free download on the Mac App store for individual users.

Both the M1 Pro and M1 Max chips by Apple are among the most powerful computer chips that we have had the chance to use. Now having faster editing speeds should not come as a surprise, but it is an excellent addition for everyone who relies heavily on proper and faster workflow.