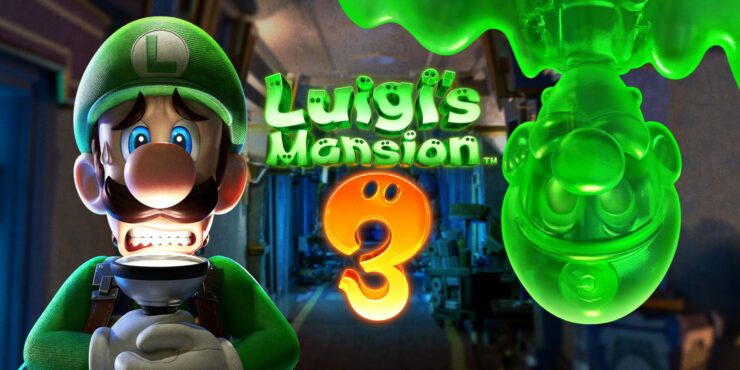 Luigi’s Mansion 3 update 1.3.0 has been released which adds support for Multiplayer DLC Pack 1.

Alongside support for the game’s first DLC pack, the brand-new update packs new features and story fixes alongside fixes for several issues that improve the overall gameplay experience.

Something’s lurking in the halls of the ScareScraper, it’s…Groovigi!? A disco-themed outfit for ScareScraper is joined by the Mummigi and The Green Knight costumes in the Luigi’s Mansion 3 Multiplayer Pack 1, which is the first of two packs in the Luigi’s Mansion 3 Multiplayer Pack DLC. Each of these frighteningly fabulous costumes also comes with a matching Floor Theme and themed ghosts. When you aren’t scaling the ScareScraper in style, go head-to-head in the new Tricky Ghost Brawl, Dodge Brawl, and River Bank minigames for ScreamPark!

Check out the release notes for this update down below:

Luigi’s Mansion 3 is available globally now for the Nintendo Switch.