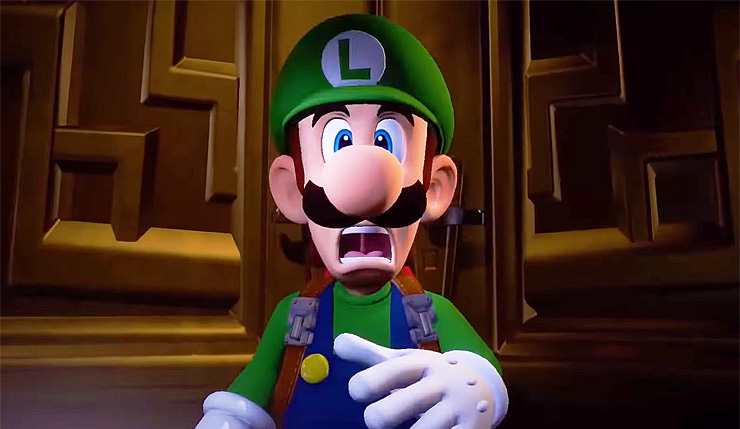 Maaaaaario! It’s been nearly two decades, but Luigi is finally getting a chance to show off his ghost-busting skills on consoles again! Unfortunately, it doesn’t seem like the green guy’s gotten any braver. Revealed during today’s Nintendo Direct, Luigi’s Mansion 3 is coming to the Switch, and it looks like it will deliver a mostly-familiar experience (how does Luigi keep getting himself into these messes?) You can check out a brief Luigi’s Mansion 3 teaser, below (thanks to the Nintendo fanatics at GameXplain for capturing it).

But that’s not all the ghostly goodness on the way! Don’t forget, Nintendo is also bringing an updated version of the original Luigi's Mansion to the 3DS this year. As revealed during today’s Nintendo Direct, this new version of Luigi's Mansion is adding multiplayer – you can play through the entire game co-op if both you and your friend own the game. If only one person owns the game, you can still team up against the game’s bosses using download play. Not bad!

Of course, the new version of Luigi's Mansion also supports Amiibo – the Luigi figure will bring you back to life after you die, Toad will heal you, and Boo will uncover new hidden ghosts. There’s also a fourth Amiibo you can use, but Nintendo hasn’t identified it yet. You can check out some of the new Luigi's Mansion 3DS features, below.

So, what are your thoughts on the return of Luigi's Mansion? I’ve always thought the original Gamecube game was underrated, and Luigi’s Mansion: Dark Moon for the 3DS was a surprisingly well-done sequel. If some of the folks who made Dark Moon are also working on Luigi's Mansion 3 (and I bet they are), the game should be something to look forward to.