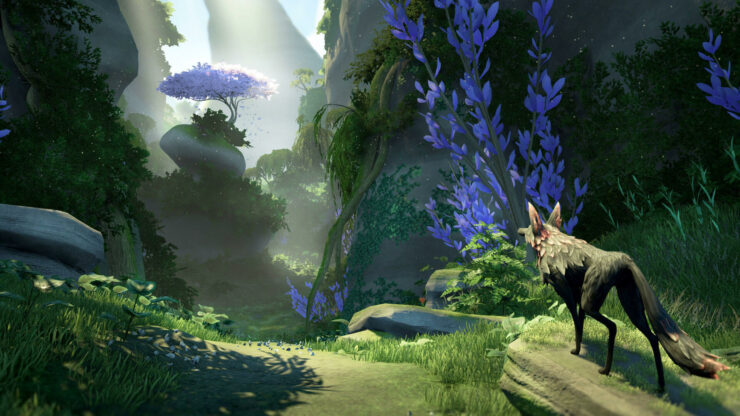 Since Journey, there have been many games which attempt to make you feel like you're on a grand adventure. No conflict necessary, just the journey itself and vague indicators to guide you on your way. It's a wonderful concept, which is why it has been iterated on so much. Games like Abzû and GRIS give players much the same feeling, one of isolation and contemplation. Lost Ember, crowdfunded via Kickstarter in November 2016, does much of the same but gives players the opportunity to change how they navigate the world through animals.

The player is a wolf, once human, but no longer. Paired with a wisp-like companion, the wolf must explore the wilderness, and will slowly uncover the secrets of the Inrahsi culture. As you explore the world, you will come across memories, ghost-like imprints of things that have happened that you may witness again. The stories found within are always poignant and meaningful. Families struggling with sickness, betrayal, and much more. You will come to understand these people, as well as your own place in the world, and what turned you into a wolf, as you uncover more.

The primary method of exploring the world is through running about as a wolf, but this world has a lot of verticality to it. You won't be running across open plains like in Journey, but will instead be running across thing paths jutting out of the side of mountain ranges. In order for a wolf with no ability to climb to traverse this land, you will need the aid of the other animals in the world. There are around a dozen animals, and you can take control of many of them at will. 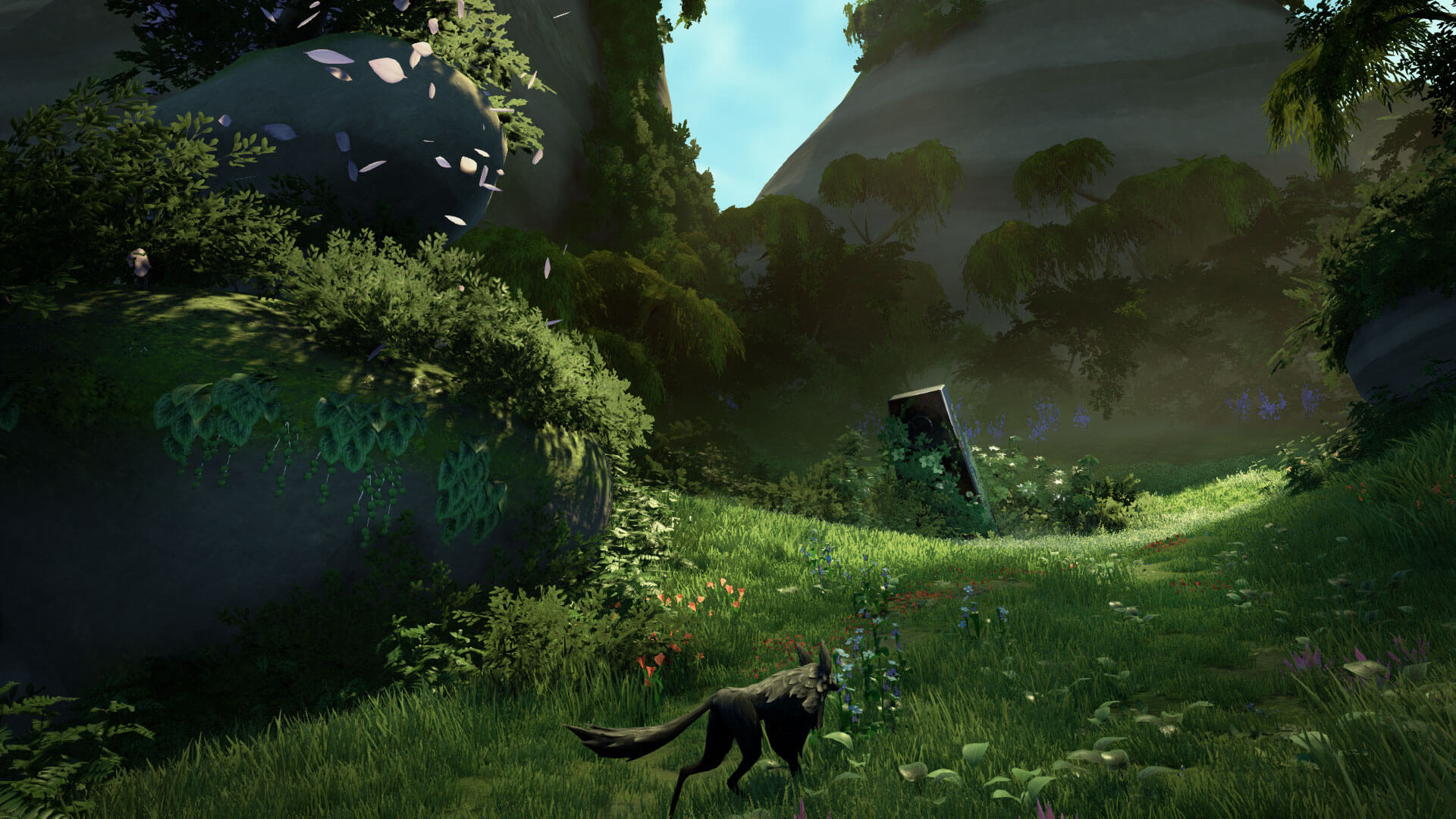 Controlling animals will see you flying like a bird or a duck, and rolling around the land as an armadillo. All of the animals have unique abilities which will change the way you explore the world, and once you're done, you can swap back to the wolf at any time. The duck, for example, can glide and flap its wings, but won't really be able to attain extra altitude. Instead, you'll have to use other, less fat, birds in order to climb to the skies. Of course, you're not supposed to control random animals forever, and being the wolf is the primary form you'll take. This way you can run and explore quickly, covering a lot of ground very fast compared to many other animals.

One of the main draws of the game is the visual style it takes on. Despite the fact I was playing the game on a laptop, the world was stunning. The wolf's fur almost takes on a clay-like molded effect, looking smooth through the fur and slightly spiky at the ends, while water shimmers in the light, and the grass looks soft enough to roll around in. It's a feast for the eyes, and this rich land abundant in nature and animals makes for a perfect serene backdrop.

But the big question is how this game will turn out. As of right now I'm tentatively excited about Lost Ember, and the team has been working on the game for several years, but I've played several exploration adventure titles at this point and I'm starting to wonder how much more the genre can surprise and interest me. It's unclear right now, but if I'm going to get excited for another adventure to evoke the likes of Journey, it will be Lost Ember.

The game is due to launch in Q3 for PC, PlayStation 4 and Xbox One, with a Nintendo Switch version planned for a later release.