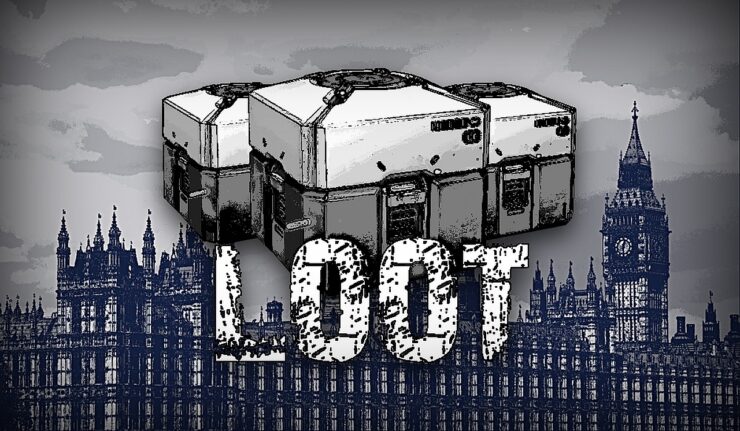 The House of the Lords Select Committee on the Social and Economic Impact of the Gambling Industry shared its report yesterday, highlighting the need to classify loot boxes as gambling as soon as possible.

There is academic research which proves that there is a connection, though not necessarily a causal link, between loot box spending and problem gambling. We echo the conclusions of the Children’s Commissioner’s report, that if a product looks like gambling and feels like gambling, it should be regulated as gambling. We also agree with the House of Commons Digital, Culture, Media and Sport Committee’s recommendation that loot boxes should be regulated as a game of chance. We recommend that Ministers should make regulations under section 6(6) of the Gambling Act 2005 specifying that loot boxes and any other similar games are games of chance, without waiting for the Government’s wider review of the Gambling Act.

It is crucial that any future developments in gambling, video gaming or other products that may contain gambling-like elements, which would not currently fall within the definition of gambling, should be brought within the remit of the Gambling Act as they appear. It is too late to regulate a product as gambling, when it has already caused harm to children and young people. Neither the Government nor the Gambling Commission can afford to wait years before bringing new ‘gambling-like’ products within the remit of the Act.

The recommendation above will deal with the immediate issue of loot boxes, but gambling operators or gaming companies may develop new products which blur the distinction between video gaming and gambling. If these products cannot be brought within the legislative definition of a ‘game of chance’, they will not be regulated as gambling. Children and young people should be protected from all gambling and gambling-like products, not
merely those that can be defined as a ‘game of chance’. To ensure that all future gambling-like products are regulated as gambling, Ministers must have a power analogous to section 6(6) of the Act to specify that any activity which has the characteristics of gambling, even if not similar to a game of chance, should be brought within the purview of the Act.

We recommend that section 3 of the Gambling Act 2005 should be amended to give Ministers a power, analogous to that in section 6(6), to specify by regulations that any activity which in their view has the characteristics of gambling should be treated as gambling for the purposes of the Act.

Last year, the House of Commons DCMS Committee had expressed the same belief, showing that the UK's Parliament appears to be on the same mind on this particular topic. However, the Government has only stated that its scheduled future review of the Gambling Act will indeed focus on loot boxes, but there is no telling on when that'll be exactly.

Meanwhile, loot boxes have been largely shunned out of the triple-A gaming industry after plenty of negative feedback reached the ears of developers and publishers. That's not to say they have disappeared, though, as they remain prevalent in the ever-growing mobile market.