With almost all of today's mobile flagships having received the Android Lollipop update, its time for Sony's Xperia Z3 to bear some glad tidings on it as well. And that seems to be the case today, with some evidence having popped up showing just how soon can we expect Google's latest to hit Sony's flagship. 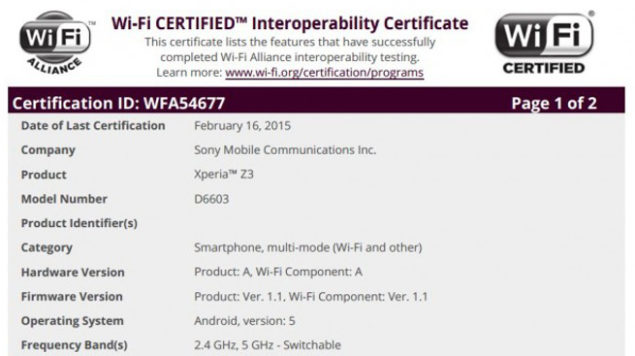 Sony itself has remained silent on Android Lollipop for the Xperia Z3 which is in sharp contrast to manufacturers like HTC that laid down schedules for the update as soon as Google announced Lollipop last year. But whatever the case may be, Sony Xperia Z3 users can finally be optimistic about Android Lollipop on their devices. After all, the update for the Xperia Z3, the Sony Xperia Z4 is also expected to come sometime this year, so pretty soon users might end up wanting to upgrade their devices as well. HTC and Samsung seemt o be all geared up for flagships releases next month at MWC and LG will soon follow suit in April; leaving all the room for Sony to debut its device for this year, expected to come with the Snapdragon 810 and a 20.7 MP rear camera on board. So stay tuned, we'll keep you updated.