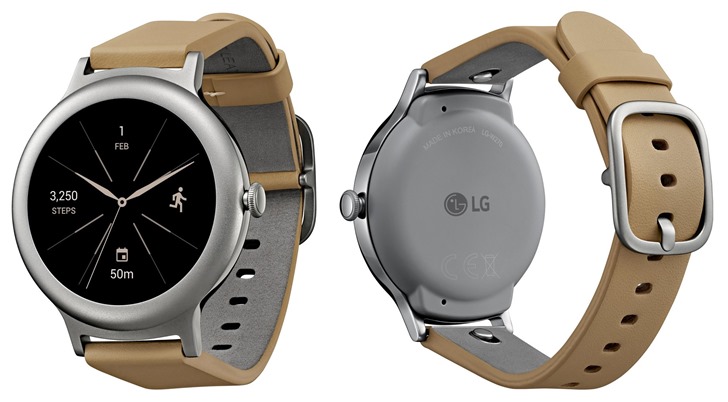 With Android Wear 2.0 just around the corner, LG is gearing up to bring in two Android Wear smartwatches. In one of his latest leak, Evan Blass took the wraps off LG's Watch Style that is expected to ship with Google's Android Wear 2.0. In the leaked pictures, the Watch Style can be seen in three color variants.

In the leak, Evan Blass has just posted the pictures of the Watch Style. However, various rumors about the upcoming wearable suggest that it will feature a 1.2-inch P-OLED display with a resolution of 360 x 360 pixel. It will come with 4GB storage and 512MB of RAM. Also, the smartwatch will be dust and water resistant with the IP67 rating. A 240mAh will power the smartwatch.

According to a report by Android Police, LG could price the Watch Style around $249. While LG has not confirmed any info regarding the upcoming smartwatch, but the sources suggest that it will have just one variant available in different colour options. LG had been one of the original partners for Google's Android Wear program and LG's G Watch was developed under Google's guidelines.

Regarding the launch of the new range of smartwatches by LG, Evan Blass tips that the company might unveil them ahead of MWC event, on February 9. Going by the design, the Watch Style and Watch Sport do look a little like Google's upcoming smartwatches.

We will get to see both the smartwatches in their glory when LG makes them official. Stay tuned with us for more info.