When LG had officially launched its flagship offering, G4, there were a string of leaks surrounding the hardware specifications of the smartphone. Now that it has been confirmed that the handset features Qualcomm Snapdragon 808, several potential consumers might have believed that they would be able to take advantage of the Quick Charge 2.0 feature. Unfortunately, an earlier report stated that the handset did not support the rapid-fast charging functionality. While smartphone users might have been left bitterly disappointed, the next report will definitely place them in high spirits once again. This is because the handset has been revealed to support Quick Charge 2.0, but users will have to satisfy certain requirements in order to take advantage of this feature. 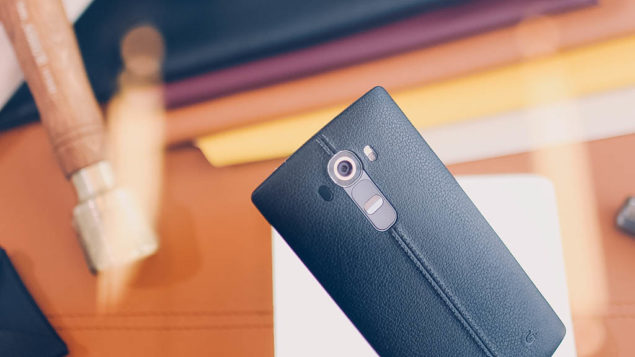 Quick Charge 2.0 Will Require Purchasing Of An Aftermarket Charger That Supports The Functionality

Since LG G4 has already been listed on Qualcomm’s website as being a device that supports Quick Charge 2.0, why will consumers not be able to initiate the rapid-fast charging feature? This is because enabling the functionality through improved smartphone hardware specifications is only part of the complete list of requirements.

The device must also be plugged in to the wall socket using a charger that supports Quick Charge 2.0. Unfortunately, the charger that is bundled with G4 does not support this feature, meaning that if you are the kind of user that very rarely plugs in their smartphone, and need to get as much battery life as possible in a short time span, you will be required to spend a little more money.

However, there is a small detail that we must point out before you head out; Quick Charge 2.0 chargers are not your average smartphone chargers and will cost you far more, so be ready to muster the heavy weight being put on your heart and the wallet’s contents dwindle imminently. In fact, the shocking truth to the aforementioned statement is that those chargers that have the Motorola or HTC brand name stuck on them carry a ludicrous price of $34.99. Now, while several of you might dismiss this as a quick ‘get rich scheme’ for companies, we have to say that purchasing an aftermarket charger is far better than spending all that money purchasing a G4 and finding out that the handset does not support Quick Charge 2.0.

For all those who are unaware of the following information, Quick Charge 2.0 allows your smartphone to be charged to a capacity of 60 percent after just being plugged in for 30 just minutes. With this latest revelation, you can start weighing in on the pros and cons of purchasing an expensive charger (though most of you might have already decided on that after you read the title) and head out to purchase one.