Chris: So what was the decision making behind the freedom aspect, being able to be on the go with the new crafting mechanics, making it more open and getting rid of the currency?

Huw: There are multiple parts of that. The idea of offering the player more freedom, that's something the fanbase has been asking for. We experimented with this design in the Kshatriya level in Metro: Last Light DLC. We felt that that kind of less linear experience still played really nicely with the core Metro mechanics. This is still very much a Metro game. Hopefully, as you've played through, you've realised it doesn't feel like a contemporary open world game. Hopefully, It feels like this crazy new hybrid.

Having taken that decision we had to adapt elements of the design. With regards to the bullets as currency, from a narrative perspective that was specific to Moscow society. It's actually taken from Dmitri's novels where the bullets literally are the currency. One bullet equals one life. It made sense there, bullets were a currency that you could load in your gun and shoot. But that's where you had traders so we could control the pacing. You'd save up and then make a decision to either buy a weapon or upgrade one. From a design perspective, it didn't really make sense because you have these big open environments where you can be fighting mutants one moment, needing short-range weapons. The next you can be trying to infiltrate a bandit encampment and you've got to take a longer ranged, stealthy approach.

We wanted to give the player that flexibility to change things on the fly, so the crafting system really really evolved from that. We've taken away the bullets as currency and added these two different currencies, the materials and chemicals. By balancing those, you still have to make those hard decisions like "am I saving this type so I can craft more ammunition" or "do I need this type so I can replenish my filters" for example. At the end of the day it's all about resource management and trying to keep the player just on the wrong side of comfortable so you should always have hard decisions to make, "do I hang on to what I've got or do I use it now?"

Chris: Will there be any traders in the game as such? Will you be able to buy from or swap resources with any characters?

Huw: Not in any conventional sense. You might find characters who might give you equipment, but you won't like trade or spend in that way. The currency goes straight into the crafting system.

Chris: So you may be able to find or, depending on the story, get extra items from characters but not through trading? 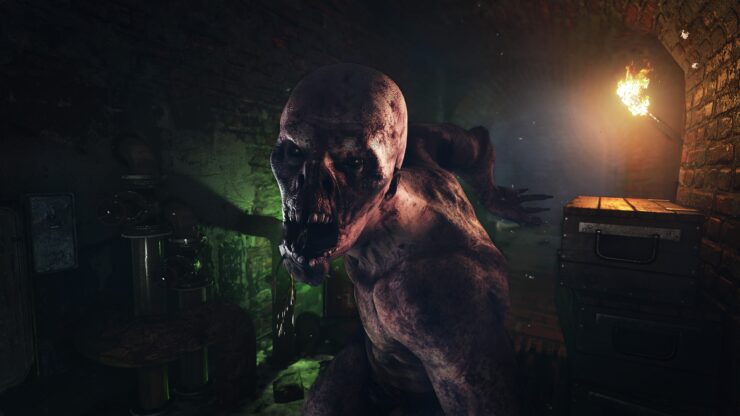 Chris: I noticed the use of different environments to feature new monsters. For example, the giant whale thing. Will you get to fight these types of creatures more often? Have you also got any hints to the different mutants and creatures you'll see? You've mentioned such as the strange humanoid.

Huw: It's probably not spoiling too much to say that's not the last time you encounter that creature within the level. We try and constantly change things, add variety. So just because one level has lots of water and boats to get around, don't assume that it's a feature throughout the game. The other creature was the humanimal, this kind of devolved human that we showed in the demo and you've probably encountered by now. Each of these large levels has its own indigenous wildlife as well. Some mutant types you'll see across different levels, some only encountered in certain areas.

Chris: Moving back to what you mentioned about it not being a traditional open world game. Will there be any traditional elements such as collectables and Easter eggs here and there?

Huw: There are easter eggs everywhere. You might see there are audio recordings and notes that flesh out the world. You'll encounter Crest, I don't know if you've got as far as him yet, he's the character that you'll meet in the port. He's been living in that environment for a few months, kind of like camping out wild. You'll encounter some of his previous shacks and learn more about his story that way.

There's no list of secret collectables, but there are lots of secrets. There might be a scenario, for example, where you free some hostages. To thank you they tell you this rumour about how there's a forbidden piece of technology over the water. That's your cue to go and explore basically. You don't have traditional quest givers or trackers. If you explore, you might find a really useful piece of equipment that you might not have stumbled across. We try and build everything in organically. There are tons of upgrades for your character and weapons dotted around the levels. That's how we approach that collectable side of things.

Chris: So making it more organic, not actually following a tick box of sorts.

Huw: We don't like doing anything that feels like too game-designy or arbitrary. So it's not like there are 10 Mystical orbs in this level and it ticks them off as you get them. Everything you find should be real, practical, have a use and a reason for why it is where it is. It should all be woven into the story. We think that's really important for maintaining that sense of realism and immersion in the world that Metro has always done so well.

Chris: So have you brought any new weapons into the game and do they all feature the components system?

Huw: We've taken a slightly different approach, so each weapon has a base type and then they have these five hard points for customization. You can then swap out on the fly to create literally hundreds of different permutations. Some types from previous games we've combined into the same base.

You may have found that Ashot earlier on in the level. It's like a single shell shotgun pistol, but if you find the double barrel attachment it basically turns it into the equivalent of the Duplet which was the double-barreled shotgun from the previous game. You can find a quad barrel and various other bits and pieces so that one base can then fulfil lots of different tactical roles. We gave you a taster of some of the weapons, by no means all of them. New base types will become available as you progress further through the game. 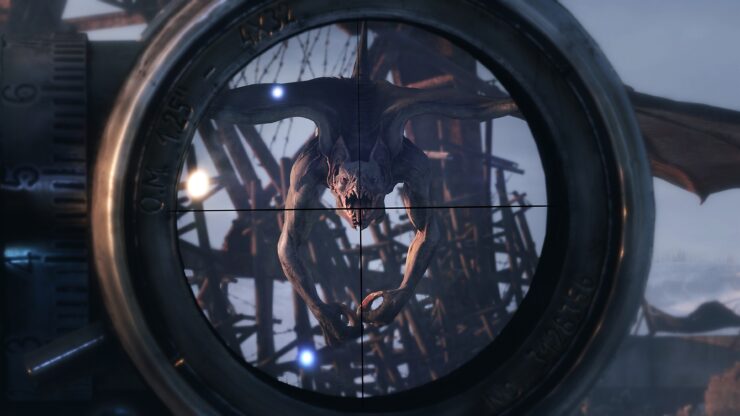 Chris: So there potentially will be new ones featured in the game. Returning to the mini-open worlds. You've mentioned different outposts. While you have the quicksave mechanic, will you also feature a sort of safe zone as a platform to explore from?

Huw: It's more a question of there are key locations dotted around the map. Some of those are on the critical paths, they're story objectives. Many of them are just locations that uncover secrets, or items, resources, what have you. Everything is worth exploring and there are several examples. We've shown you the outpost up in the tower. There's about eight or nine of those dotted around the world that you gradually discover. Once marked on the map you can return to craft, rest and treat that as a place to get your equipment in a state where you're then ready to venture forth to your next encounter.

Chris: One tech-based question for you. Will Metro Exodus utilise all the features of Xbox One X, PS4 Pro and high-end PC? Have there been any thoughts towards using VR elements?

Huw: The engine's highly scalable.  With previous games where 2033 and Last Light, we've straddled last generation console hardware and super cutting edge PC hardware. It's going to be the same story this time around. 4A do an incredible job of squeezing every last inch out of the hardware that you use. There'll be no material differences in terms of gameplay or features across any of the different platforms. The goal is just to make sure that, whatever you're playing on, it looks as best as it possibly can.

Chris: Any ideas on potentially moving towards VR or a VR mode? It seems like the atmosphere of Metro would adapt well to VR as other games have done.

Huw: That's like a whole new topic. We've never thought of Metro as being a VR game. The Studio has done a VR game, Arktika, which was literally built from the ground up for Oculus and Oculus Touch. Which is incredible if you have an Oculus, I highly recommend it. It wouldn't be a Metro game if we tried to incorporate VR.