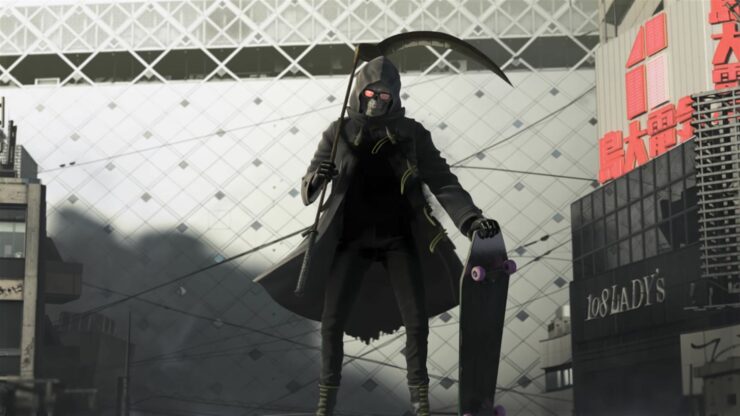 I had a chance to sit and chat with Hideyuki Shin of Grasshopper Manufacture and Game Director of Let It Die during a trip to GungHo Entertainment's offices in California.

For those of you who aren't familiar with the game, Let It Die is a PlayStation 4 exclusive being produced by Goichi Suda of Killer7, No More Heroes and Killer Is Dead fame. The game was originally known as Lily Bergamo but it eventually evolved in Let It Die, a free-to-play extreme action game where death is a central theme.

Below is the transcript of our talk as we dive deep into Let It Die's business model and its very unique asynchronous online gameplay, among other things. For more general info on the game and a few recent screenshots, check out our previous report. For a hands-on preview conducted at this event, read here.

So, let's just dive right into Let It Die’s rather interesting development starting with its original title Lily Bergamo. How much of Lily Bergamo is still in Let It Die?

I think there might be a crane or bulldozer. (Laughter) Other than that there’s nothing there leftover asset wise.

So just a handful of art assets?

At which point in Let It Die’s development did you decide to make it Free to Play?

So it wasn’t necessarily within the development process of Let it Die where we said, “Let’s make it free to play.” It was in the early stages and early concepts of Lily Bergamo where it was decided to be-to-play when Grasshopper joined Gung Ho. 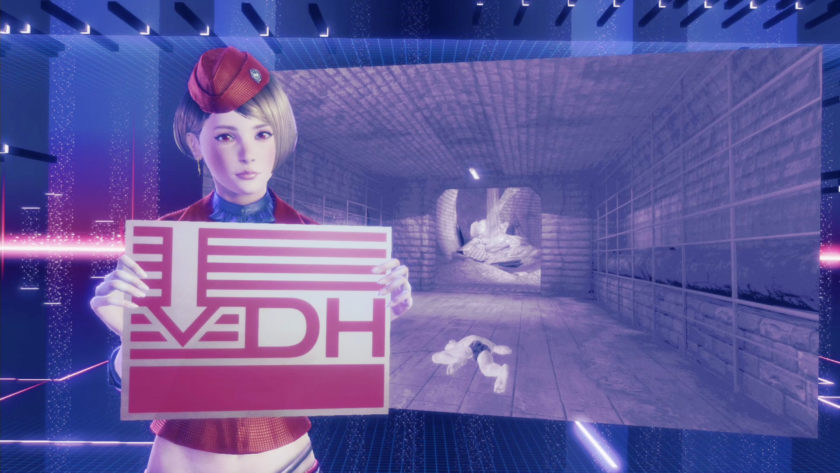 We talked a little bit about monetization and maybe you can go over what players should expect when they start playing Let It Die. Obviously, it’s free to play from the get-go. Is there going to be any paywall or is any of the story content going to be gated behind any payment? Are we talking just cosmetic items or quality of life improvements in the game?

At the very beginning, one of the biggest issues we wanted to avoid was ‘pay 2 win.’ So we did not want to have any pay 2 win elements during the game development cycle. With that in mind, what was hashed were these three main points in monetization:

One of them starts with a larger Death Bag because they aren’t meant to fight as much as they are to carry things. With the Express Pass active your fighters Death Bag will be expanded. This helps with the struggle of choosing what recover items or what weapons to bring. This gives you more room to bring more crafting items back you can create better equipment. You can even get special skill decals that you can equip on your fighter that offer different boosts in battle.

During my demo, you pointed out my freezer. Every time I died, I would need to fight my old body and store in the freezer which would then give me access to that fighter later own. You mentioned that these bodies would play a factor in Let It Die’s unique multiplayer. Could you elaborate on that further on what the multiplayer actually is?

You may notice as you fight in the Tower of Barbs you’ll come across some other players’ data. They have orange names, they are little more difficult and even swear at you. When you kill them you’ll get a unique resource. When you die or when other players die, their death data is shared among other players around the world they will be reanimated as enemies in other players worlds. In your freezer, you can choose one of the fighters and set them into another players game and hunt them for a set amount of time. It is asynchronous but you can set however many hours you want them to go. They will constantly appear in that player's game and try to kill them and take their resources .
After you defeat the first midboss you’ll open the Tokyo Death Metro which is the base raid. You can invade another player’s base with one of your fighters, beat up their fighters they set as defense and take resources like Kill Coins and even other fighters back to your base. The same thing can happen to you where players can invade your base which is why you’d want to raise a bunch of fighters and deck them out for defense. If you have no defenders then you're open to having base being raided with no way to stop them.

Will there be other means of defense for your base aside from fighters like traps, turrets and any other deterrent?

Right now, we only have official plans for fighters only. Based on how you place your fighters and what kind of weapons and armor they are equipped with, you can kind of make them like traps. This is why you want to raise more than one fighter.

Can you actively participate in the defense of your base when it’s under attacked? The best example I could say is that in MGSV, whenever you base in attacked you will get a prompt that you're being invaded and you can join in and try to repel the fighter. Is there going to be anything like that here?

No, the game will remain asynchronous multiplayer. If you do log in and find out that your base has been attacked, there are revenge lists that are generated that let you know you attacked and you can repay the favor back. (laughter) 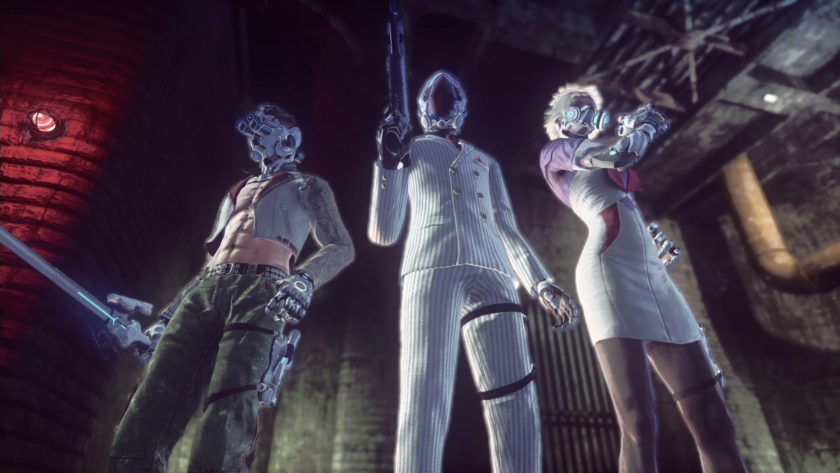 Let’s circle back and talk about the ultimate goal of Let it Die and what’s actually going on in the game. I don’t want you to spoil too much, but I really like Uncle Death. So maybe before you talk about the story of Let it Die, can we go over Uncle Death and why he’s so awesome? You put a skateboarding Grim Reaper in a game, I need to know all about him.

I don’t really know where he came from. (laughter) So the early stages of the world setting for Let It Die and it was decided there would be a Grim Reaper on a skateboard but not everything was fleshed out yet. We did know we wanted him to be kind of the storyteller of the game and eventually he became more interactive with the player in how we would come up to you early in the game and say “Hey, Senpai!!” Once that happened and the creative team that worked on scenarios decided wouldn’t it be cool if you came out here or funny if he was here. So eventually when you do the gore-tastic finished he would pop out and be like ‘Yeah!’

He is Death, so I think he would appreciate you killing people.

(laughter) His interaction with the player just grew more and more. He has always supposed a Grim Reaper from the start and be a storytelling guide who just evolved into something crazy and fun.

And speaking of the story, let's finally talk about what exactly is going on in Let it Die. If you want you can give me the quick elevator pitch, if that’s even possible.

I think once you started playing you saw that there was The Tower Of Barbs, you noticed that we're actually in an arcade with Uncle Death hanging out with you. You come to realize you’re playing a game within a game. As you climb the tower other story elements will reveal themselves and as you defeat bosses you get a better sense of whats going in the world that you’re in. Eventually all the mysterious will be unveiled and the larger world will reveal itself what Uncle Death’s role is in everything and why he calls you Senpai. I would love to tell you but I think you should play the game and find out for yourself. *laughter*

As of right now Let it Die is a Playstation 4 exclusive title. Any plans to bring Let it Die to Xbox One, PC or even the Nintendo Switch since that’s a thing now?

(laughter) It is a PlayStation 4 exclusive and there are no official plans to bring it to any other platforms at the moment.

Speaking of PlayStation 4, with the release the Playstation 4 Pro are you guys doing anything special with Let it Die such as visuals tweaks or just performance upgrades in general?

Let It Die already runs at 60fps so there’s no upgrade for that, but we are a planning on having it to be 4K.

And lastly, when can PS4 owners expect to play Let it Die? This year?

This year! You can count the weeks but we can't say anything more than this year.

Any plans to do an open beta?

No officially plans for an open beta.

Thank you so much for your time. We look forward to checking out Let It Die later this year.