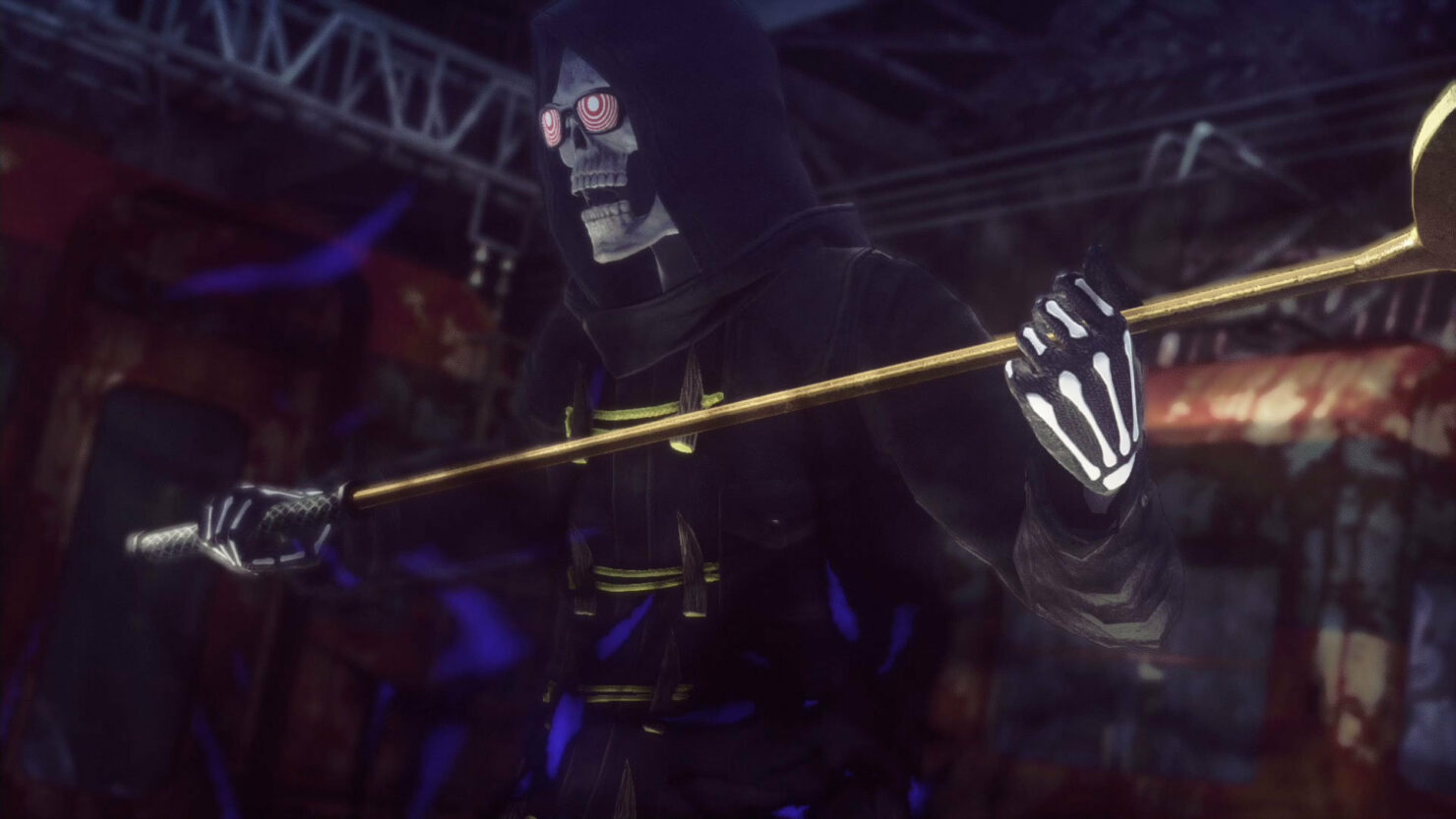 Time to ride the Death Mobile. Grasshopper Manufacture released a number of screenshots for their ultraviolent free-to-play hack 'n' slash, Let It Die.

After giant earthquakes split southwest Tokyo into the ocean, a large tower rises from the ocean floor. Let it Die has you ascend the tower as you fight and survive a number of monstrous freaks trying to kill you as you try to ascend the tower.

Let It Die has the trademark Grasshopper weirdness we've come to know and love. For starters, you begin the game in your underwear. A person dressed as the Grim Reaper riding a skateboard called Uncle Death offers you helpful survival tips.

Here's what to expect from Let It Die:

• Hack and Slash with Roguelike-Elements – Survival is the name of the game within the brutal Tower of Barbs. Strengthen your Fighters and master their weapon wielding skills by hacking and slashing your way through the tenacious enemies and other players that stand in your way. Beware though, when killed in battle, your Fighter will lose everything you’ve accumulated since last visiting your base. Although, some may argue that dying is more of a choice than a lifestyle.

• Loot and Craft – Pick up and equip a variety of weapons and armor from the corpses of your enemies to make their strength yours. Craft your own equipment to gain the upper hand in battle! With a wide variety of equipment combinations, get creative in how you teach others what fear really looks like!

• Eat to Survive – Eat various mushrooms, frogs, and other creatures to stave off death. Creatures replenish HP while mushrooms may provide temporary stat boosts or other interesting effects! However, not all things should be eaten, so be on alert what you put in your mouth.

• Life After Death – Fighters that die will be reanimated in other player’s games equipped with the same armor and weapons they were wielding at the moment of their untimely death. However, other player’s reanimated Fighters will not go down easily without a fight. Defeat other player’s Fighters to obtain some of their gear and other valuable resources!

The last bullet point briefly talks about multiplayer. It sounds similar to what Nioh is also doing with its online where you can fight other players characters and score some decent loot.

Let it Die is due out on PlayStation 4 later this year as a free-to-play title. No word on the monetization strategy just yet. Be sure to check out our interview with Head Composer/Sound Designer Akira Yamaoka; we'll have more coverage on the game soon, so keep checking these pages.