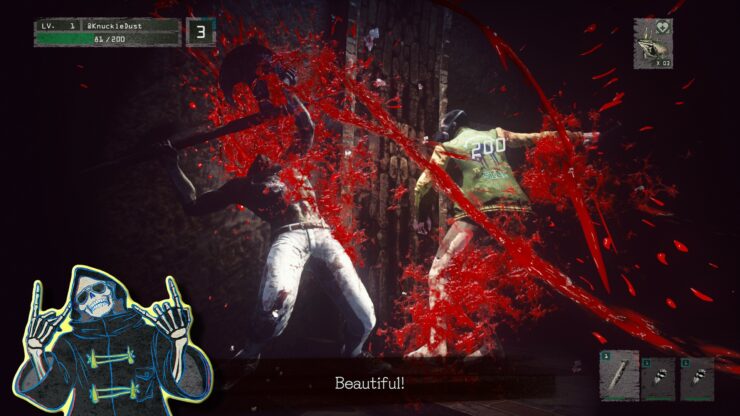 Mainly known for his work on the Silent Hill series, he is now working on Let It Die, the PlayStation 4 exclusive online action game due in 2016. Here's the transcript of the chat we had, with a particular focus on Let It Die and the type of music that you'll find in the game. Enjoy!

My name is Kai Powell from Wccftech and I am here interviewing Akira Yamaoka, lead composer for GungHo and Grasshopper Manufacture’s new title Let It Die which is a Playstation 4 exclusive. I am a huge fan of your work, not only for the Silent Hill series but I actually have a copy of iFuturelist which is one of my favorite albums. It’s really good for studying and getting motivated.

With such a broad genre of music, you’re not just confined to rock or the more pop-y stuff. What would you say is your inspiration for the music styles for Let It Die?

It’s not exactly inspiration, but in terms of making music [I] focused on the fact that because it is an online game, people will be interacting with it. [I] wanted to make something that wasn’t too boring, but at the same time not too hardcore so that people would get annoyed about it.

Perhaps a little closer to the hardcore side, boss fights are obviously going to be spectacles with high energy. Are those going to have a bit more of the hardcore, maybe metal tones?

Yes, for the boss fights it will be more spectacular and emphasis that it will be a boss fight compared to the normal fights.

Suda51 is certainly known for a very ‘charming’ way of developing games. He does a lot of stuff out of the box, sometimes comic book-esque or happier than one might expect. You have the Death main character with the glasses and skateboard, kind of a comical attitude. How is that going to be affecting your work?

If you incorporate more of the comedy or lightheartedness sounds in the music, it wouldn’t make the humor side of Suda51’s work pop out. For the music varieties of [Let It Die], it is more serious and not too comical. [I] hope that it will emphasize Suda51’s more comical side of the game as a result.

Of course. You want a good balance and don’t want to have one person overshadow the other’s work. In the SIlent Hill soundtracks, some of the more memorable themes featured Mary Elizabeth McGlynn on vocals. Will we perhaps see another collaboration song in Let It Die?

We are looking into more collaborating with the actual bands, especially the bands that we are incorporating into Let It Die for the soundtrack. Rather than incorporating one or two vocalists. [I] rather see it as a joint effort with many bands.

Could you give some examples of the bands that would be present with [Let It Die]’s soundtrack?

Most of them are Japanese indie bands. I don’t know if you are familiar with them.

OUTRAGE, winnie, TOTALFAT, HER NAME IN BLOOD, and 最終少女ひかさ. If you don’t know those, it’s fine.

No, by all means. Those are deeper cuts than I thought but I’ll have to search them out and see what they have online.

What you just said now, “Oh, I don’t know any of these bands but I would like to look them up.” That’s exactly what [I] wanted to bring up when people are playing Let It Die. [I] wanted a lot of people to play [Let It Die], hear the music, and say “Oh, this is cool!” Especially because a lot of these songs in Japan aren’t produced internationally, [I] felt that putting it into games was the best way to introduce them to the outside world. That’s exactly how [my] music was discovered by worldwide fans. [I] want the other artists to experience the same kind of fandom that only the international fans can give.

So, this would be like a mixtape to get people interested. As far as a lot of these undiscovered acts, did you seek them out personally or did they hear about [Let It Die] and want to get involved? Would they come up to you and say “Yamaoka-san, here is a sample of my music. Would you be able to use this for [Let It Die]?”

There’s been some instances where people have approached [me] and asked if we can use their music. Most of them I have rejected because [I] wanted to see the outside picture. At least for the indie bands that are participating in Let It Die, all of them [I] had approached personally by myself.

With some of the music that you’re curating, does Suda51 have some insight? Say, you have a song that you think is amazing and want to put in [a specific] boss fight, is he collaborating on some of the design process?

Most of the time, Suda gives minimal feedback and suggestions. He’s pretty much hands off with the music. [I] get to dictate how hard the music sounds or will be played in Let It Die.

Will there be a full soundtrack that incorporates both your music as well as the independent music that you’re curating together?

Yes, we wanted to make a project that would make a cool soundtrack for Let It Die.

That is something I would certainly like to purchase once it becomes available. Do you have any remarks that you would like to leave the fans or what to be excited for with the music to Let It Die?

[During the Let It Die concert at E3], we had a big surprise of personally seeing you on bass. Will we get to hear any of the music that you will personally performing for the soundtrack?

Are there any other things that you wanted to cover about the project?

For the specifics, we can’t say too much yet but because it is an online game and will be updated regularly, [I] would like the fans of Let It Die to stay tuned and be excited for the upcoming updates.

Thank you very much for your time, Yamaoka-san.

Thank you very much.