Lenovo Z5, the ‘Truly’ Bezel-Less Smartphone Gets Teased Once More but This Time, Bearing 4TB of Storage 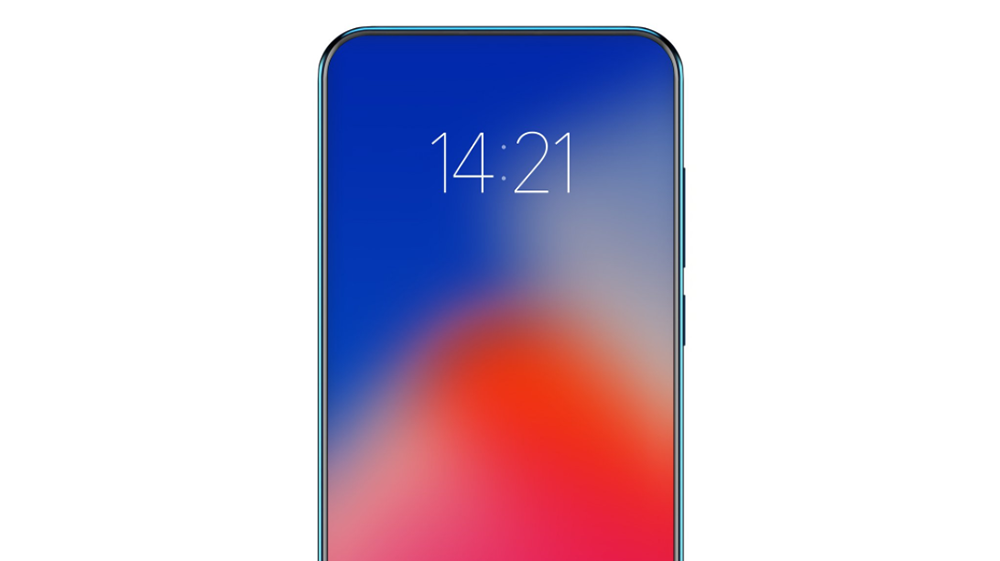 Lenovo VP Chang Cheng seems to be taking a special interest in the promotion of the company’s upcoming flagship, the Z5. After teasing the phone’s bezel-less design, Cheng has shared another promo on his social media account, stating that the bezel-less flagship will be offered with a gigantic amount of storage space and that is 4TB to be exact. The teaser also reiterated the fact that the device will officially ne unveiled in June, so there is not a whole lot of time left.

Z5 will be Lenovo’s latest premium smartphone and the company has been actively promoting it in the run-up to the launch. Some days back, Lenovo’s VP shared a teaser image of Z5 that showed the phone’s bezel-less design. Most premium phones these days have really thin bezels so it’s no surprise that Lenovo also went for this design.

However, 4TB of flash memory hasn’t been seen on a smartphone before, and the Chinese manufacturer was not keen enough to provide sufficient information as to how users will be able to take advantage of this much memory. It is possible that customers will see 4TB broken down into internal memory, expandable and cloud storage but let us see what Lenovo has to share with us. 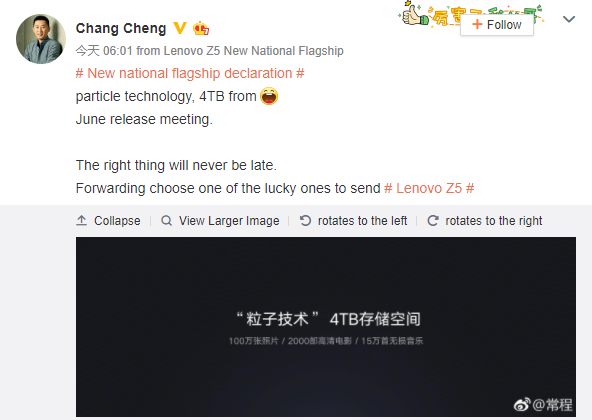 With the latest teaser, Lenono might have just unleashed a new war against its competitors and we may see other Chinese companies offer higher storage models of their devices in the future. Depending on your price range, most smartphones have onboard memory ranging from 16GB to 256GB.

However, Lenovo has certainly raised the bar by offering 4TB of storage and other OEMs will now have to up their game. The design of the phone strongly resembles the approach taken by the Vivo APEX, with Lenovo’s VP stating that it took the firm 18 patents and 4 technological breakthroughs to achieve this design that you see before you.

This can mean that the flagship will have an in-display fingerprint reader but let us wait till June to find out the complete set of information.