Lenovo Announces VR Headset That Will Cost Less Than $400 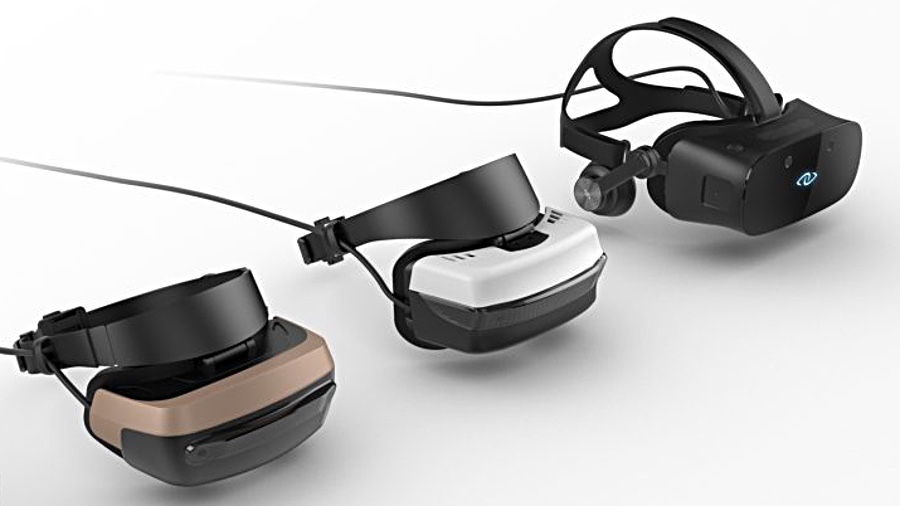 Lenovo has announced a new VR headset at CES 2017 which is set to cost less than $400. We have all the details right here.

Lenovo Wants a Piece of the VR Pie - But Can it Succeed With its Formula?

2016 was the year when VR took off from its runway and things will obviously glide further in 2017. But of course, the situation is not so great as available VR hardware is bulky and costs a lot of money if you want some sort of decent experience.

Lenovo on the other hand, wants to change everything with its newly announced headset.

Costing less than $400 when launched later this year, Lenovo's headset will weigh just 350g, making it extremely lighter when compared to the likes of HTC Vive at 550g. Furthermore, the design has been implemented in such a way that the headset remains comfortable for extended periods of time. That's not all though, the headset packs two OLED displays with a resolution of 1440 x 1440 each. The interesting thing has is that these panels pack more pixels than the Oculus Rift and HTC Vive, which of course means users will be able to get a more immersive experience.

At the time of writing, Lenovo's headset is in prototype stages, and a lot of work needs to go into it before it actually starts shipping later this year. For instance, there are no controllers for the headset and will rely on third-party ones that are made according to the Windows Holographic specification.

Unlike the HTC Vive which relies on motion tracking using external cameras, Lenovo's headset packs built-in cameras for tracking. This means it cuts down on bulk by a huge margin. Also, there are only a total of two cables running out of the headset that connect straight to your PC to enable the VR experience.

Since the headset is compatible with the Windows Holographic platform, therefore it will be able to drive Windows Store apps in a theater-like environment with ease.

The company will definitely have more updates to go with their headset as time moves on therefore we will inform our readers about it soon. Till then, if you were hoping to buy yourself a cheap VR headset for your desktop then you should take note of what Lenovo has in store.