LEGO Worlds Lets You Create Whatever You Want from February 24th 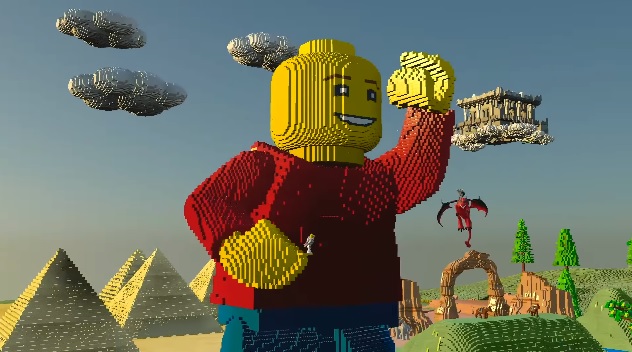 If you build it, they will come. Warner Bros. Interactive and TT Games announced that LEGO Worlds will finally be released early next year, after one year and a half of Steam Early Access (where the game garnered 81% rating for overall reviews and 88% for recent reviews).

LEGO Worlds is an open-world creative game where you can build, destroy and essentially do whatever you want that's set in a buildable LEGO universe.

Jonathan Smith, Head of Production, TT Games breaks down exactly what LEGO Worlds is about:

In LEGO Worlds, players will go on an exciting journey to become a Master Builder, in an open-world made completely of LEGO-built environments. Whether customising characters, exploring in vehicles, building structures, or discovering an expansive range of items, characters and creatures throughout the worlds, there’s the freedom to create anything imaginable.

You can save your creations using the Brick-by Brick editor and create your own LEGO world. Judging from the trailer below, you can populate your LEGO world will all sorts of silly creatures like vampires, zombies, and giraffes.

The online mode for LEGO Worlds allows players to get together and create their own worlds. The types of things folks have been creating are truly impressive.

Niels Jørgensen, Vice President, Digital Games for The LEGO Group talks about how digital LEGOs can be just as fun as physical bricks:

LEGO Worlds brings the very essence of LEGO play – building – to the digital world, more than ever before. We are excited to bring our physical and digital play models closer together and know it will resonate with our core audience – and engage new ones. We believe LEGO Worlds has the potential to inspire and develop the builders of tomorrow through its experience of open-ended creative play.

LEGO Worlds launches February 24th, 2017 on Xbox One, PC, and PlayStation 4. PlayStation 4 owners will get first access to the LEGO Agents DLC pack for 90 days before any other platform.