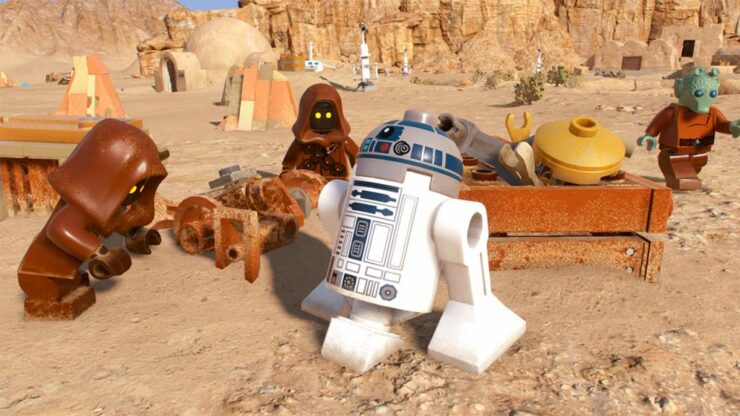 LEGO games from TT Games have been coming pretty often on PC and consoles, and the series is certainly starting to show some fatigue, despite some interesting projects like LEGO Dimensions. I didn't meet the announcement of LEGO Star Wars: The Skywalker Saga with excitement: I am a big fan of the original trilogy, much, much less so of the rest of movies, and there are plenty of LEGO Star Wars games already. How many times can you retell the story of Luke Skywalker?

Following the game's announcement, I have been invited at a behind closed doors presentation of LEGO Star Wars: The Skywalker Saga, and I must admit that I have been pleasantly surprised at what has been shown, as the game is nothing like the previous LEGO Star Wars games, or any other LEGO video game for that matter: it's bigger than anything TT Games has ever created.

LEGO Star Wars: The Skywalker Saga will allow players to play through all nine movies, including the upcoming The Rise of Skywalker. Players are not forced to go through them in chronological order, so it will be possible to start straight from The Rise of Skywalker then jump to The Empire Strike then to The Phantom Menace, just to make an example. It's been highlighted how there will be repercussions by playing through the movies in a different order than the canonical one, but nothing else has been said.

After a quick look at the movie selection screen, which features some cute LEGO dioramas representing scenes from each of them, we delved straight into Episode VI, Return of the Jedi. Instead of starting on Tatooine or any other recognizable locations, Return of the Jedi begins on the Millennium Falcon. The iconic starship is fully controllable, and players are free to explore any of the available planets in any order they wish. A massive LEGO Star Destroyer was also on the path of the Falcon, and players can engage it if they so desire. LEGO Star Wars: The Skywalker Saga will give players the power of choice, making the full game the sandbox Star Wars experience we have been waiting for years. 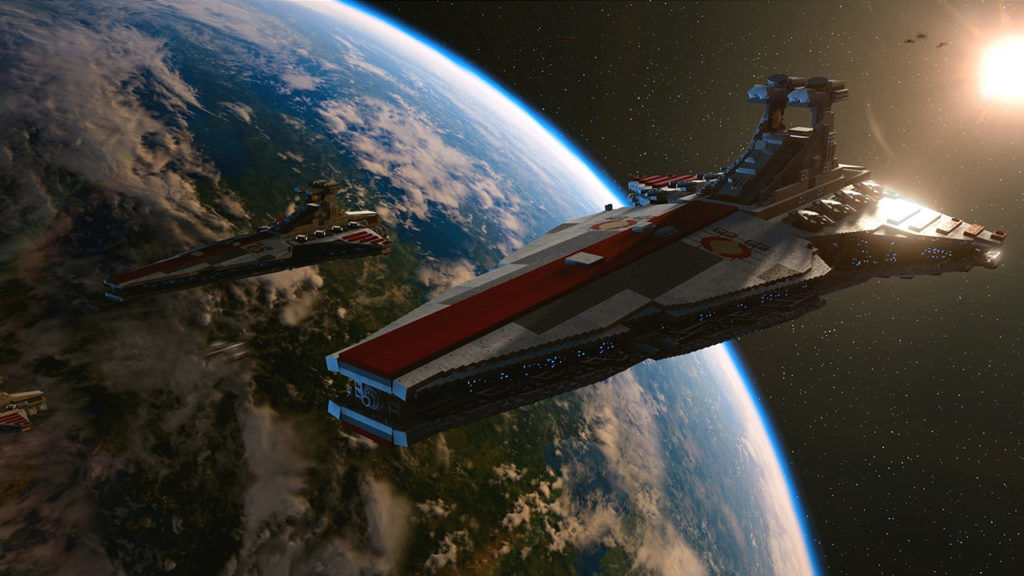 After landing on Tatooine, it became even more clear how much freedom players will have in the game. It will be possible to freely choose among a plethora of playable characters, which will change interactions with NPCs, destroy objects to obtain LEGO pieces, explore the world at will to discover secrets and so on. All playable characters will come with some unique abilities: Lando Calrissian will be able to use his blasters to defeat enemies from afar, while Luke and, presumably, the other Jedi will be able to use the Force. Force abilities have been massively expanded from previous LEGO Star Wars, and it will be possible to do some really fun stuff with it, such as throw objects at enemies and more. Combat has also been expanded massively, with the developer showing different combos and some a sort of stylish meter which increases rewards. While trying all this out, the typical LEGO humor appeared to be in full swing, so long time fans of the series will not be disappointed.

Tatooine looks rather big, but it will not be empty, as won't be the other planets. TT Games confirmed that each planet will be filled with quests, which will range from some simple fetch quests to more articulate ones. In one of the quests shown during the presentation, players will have to switch over to C-3PO to be able to understand what a Gonk was saying. If most quests will require the unique abilities of characters to solve, we can be in for something truly fun.

LEGO Star Wars: The Skywalker Saga isn't just going to be a sandbox experience. There will be specific stages, as hinted during the presentation, but they haven't been shown. The game is quite clearly in very early development, so a lot of features are still missing.

The LEGO Star Wars: The Skywalker Saga left me indifferent, but the presentation showed how the game is indeed the next generation of LEGO game as TT Games stated, and I'm definitely looking forward to seeing more of it.

LEGO Star Wars: The Skywalker Saga Gets Its First Ever Gameplay Trailer; Game To Release In 2021 On Current and Next-Gen Consoles