The Legend of Zelda Breath of the Wild’s Frame Rate Is “Very Stable”, Controls Are “Fluid And Comfortable” 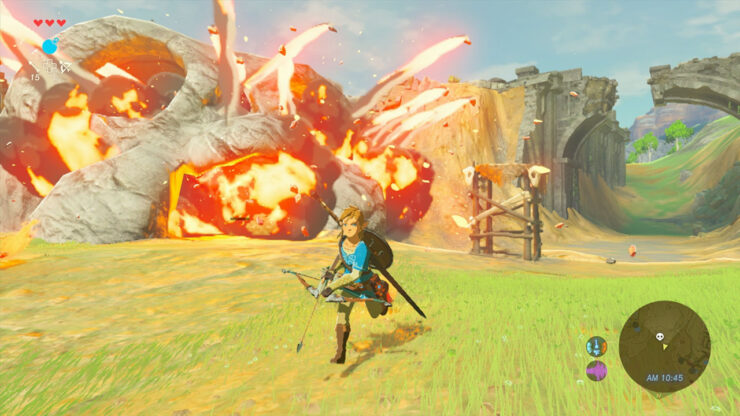 Even though Nintendo hasn't show its upcoming Nintendo NX console, fans of the Japanese company still had something to be quite happy about, the new entry of the Zelda series called The Legend of Zelda Breath of the Wild. We have seen quite a bit of the game during the E3 2016, and today we have managed to learn more about the game thanks to a lucky fan who played the E3 demo.

Twitter user Kevduit revealed through reddit user Lunchbox2117 that the The Legend of Zelda Breath of the Wild frame rate is better than what we have seen on stream, later adding that it does have some drops here and there. Definitely not a problem, considering the game is still far from release.

Oh yeah, the frame rate is better than it was on the stream

The frame rate was really stable with some drops in framerate

The Legend of Zelda Breath of the Wild controls have also been praised, with Lunchbox2117 stating that the scheme is quite simple and that it feels fluid and comfortable.

The control scheme was quite simple, it felt fluid and comfortable. Changing weapons is quite fluid. In the middle of combat you can pick up enemy weapons at the touch of a button.

Lastly, the game's world has also been praised, as its size it's quite surprising, even more so considering the 10 minute long E3 2016 demo didn't allow to do much.

The one thing he found surprising was how big the world actually is. Remind you though that he only got to play it for 10 minutes so he didn't get a chance to really explore what the game offers

The Legend of Zelda Breath of the Wild launches on Wii U and NX next year in all regions.