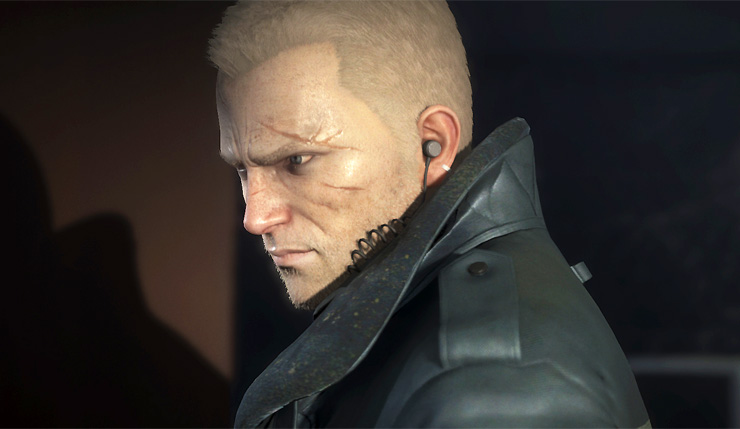 Square Enix’s Left Alive is one of the more…interesting games on the near horizon. While set in the Front Mission universe, the game feels more like Square Enix’s attempt to recreate the feel of classic Metal Gear Solid (the fact that the game features concept art by Yoji Shinkawa certainly helps in that regard).

So, is Left Alive worthy of stealth fans’ attention? Well, Square Enix has just released a meaty 14-minute gameplay video to help you decide. The footage shows off some stealth, a more action-heavy sequence, and lots of overheated cutscenes. Some of this footage has been glimpsed on livestreams before, but this is the first time we’ve seen it at this level of quality. You can check it all out, below.

Okay, so, let’s be real – Left Alive isn’t exactly a cutting-edge visual feast. That said, I do kind of dig the old-school feel of the game. Reminds me of a PS2-era stealth game/tactical shooter, which isn’t necessarily a bad thing. Haven’t been keeping up with Left Alive? Here’s the game’s official description:

Left Alive tells a human story of survival from the perspective of three different protagonists during the devastating invasion set in war-torn Novo Slava in 2127. Experience the massive power gap between man and machine in pulse-pounding encounters: face off against powerfully armed troops, armored vehicles and towering mechs.

Engage in frenetic gun battles or dispatch your enemies with stealth and wit. Set traps, collect and craft consumables to survive while exploring a devastated city ravaged by the atrocities of war. Uncover the full story behind the war through the eyes of three different characters: as you progress through the game, experience multiple story paths each requiring bold decisions with desperate consequences.

Left Alive sneaks onto PC, Xbox One, and PS4 on March 5.