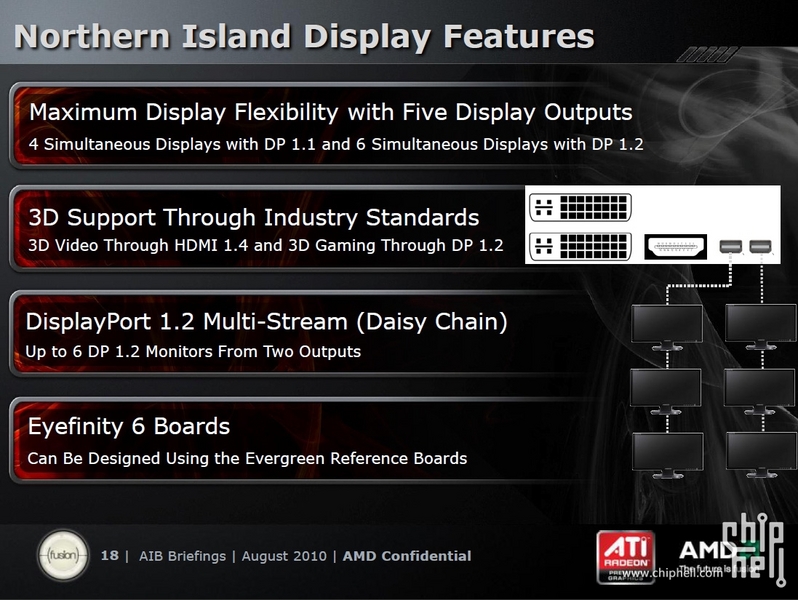 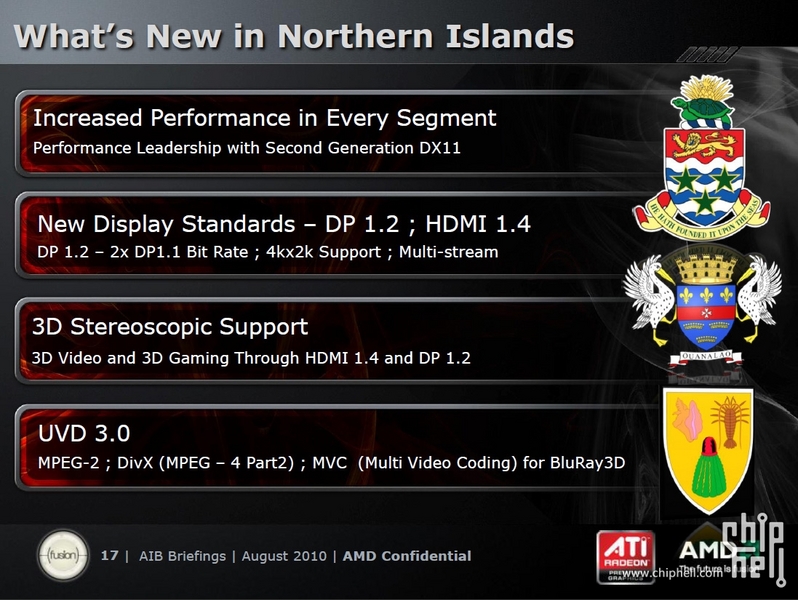 The new cards will come with a few new features which include a better display system through which upto five displays can be ran simultaneously through the Display ports included at the rear end of the card, These include two dual-link DVI-I, one HDMI1.4 (full-size), and two mini DisplayPort 1.2 connectors. Another feature lets you run 6 displays through the display ports by daisy-chaining them, This also lets you use the MultiStream feature of DP 1.2 which provides double the data rate of DP 1.1 and also includes very high-resolution display, or HD display with stereoscopic 3D (120 Hz). A totally new video processing engine named the UVD 3.0 provides GPU acceleration for MPEG-2, DivX, MVC (multi video coding), and Blu-Ray 3D which you can use through the HDMI 1.4. 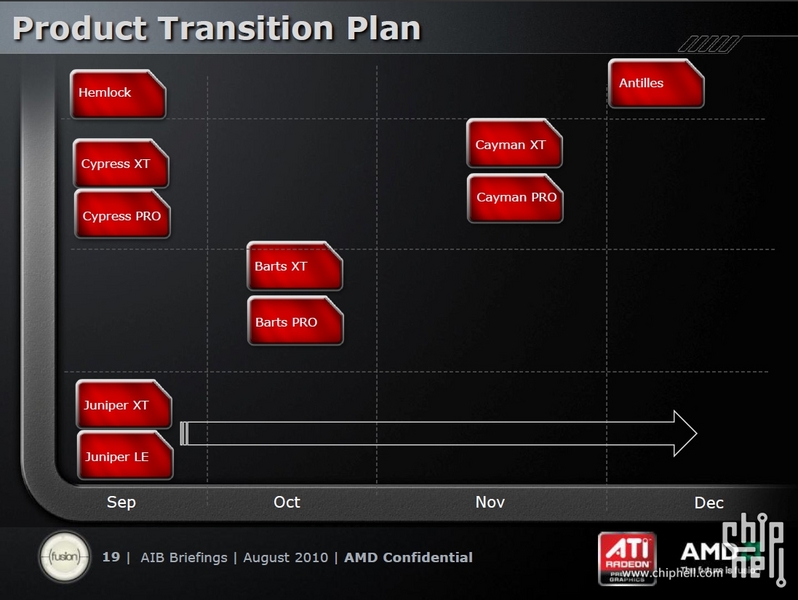 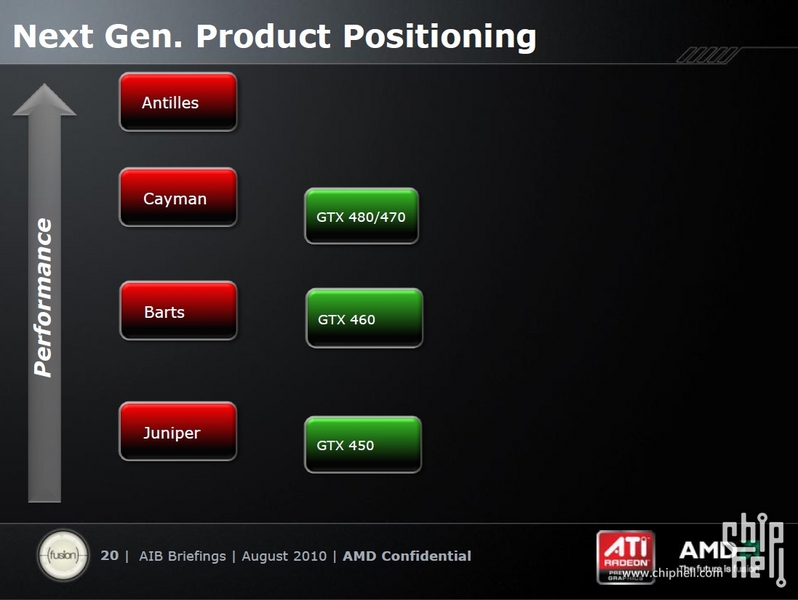 The performance slide shows that the new card will offer better performance over the older 5000 Gen cards but still the gain is not significant. The 6800 Series will be based for the Mid-End Segment offering performance similar to Nvidia's GTX 460 and the Higher End HD 6900 will take on the GTX 470 and 480 Cards. The Antilles codenamed dual core card will also be released which will be faster than the current performance king "5970".

The two new cards include the 6850 and 6870 while the dual core based card "6970" is going to have a TDP of 300W, 1GB GDDR5 Memory running at 6Gbps. The Barts also included two new card which included a XT and a Pro Variant and same is the case with Cayman. 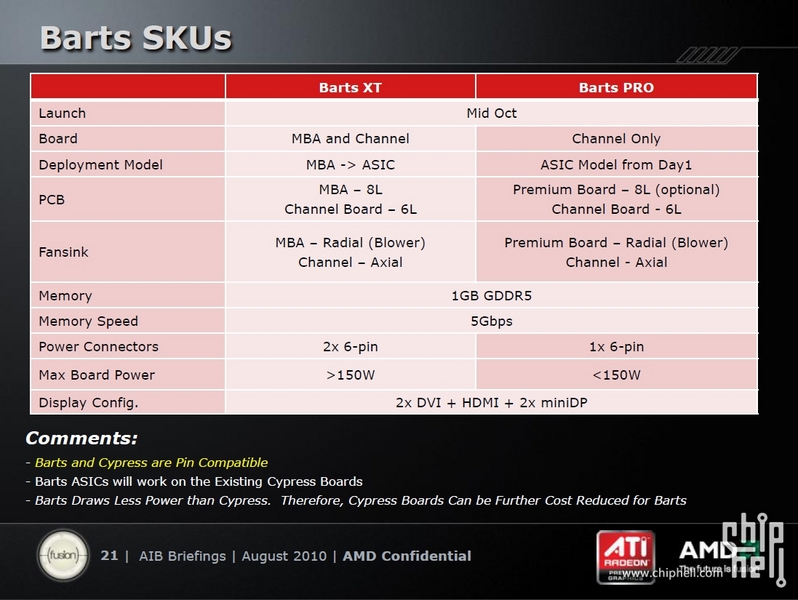 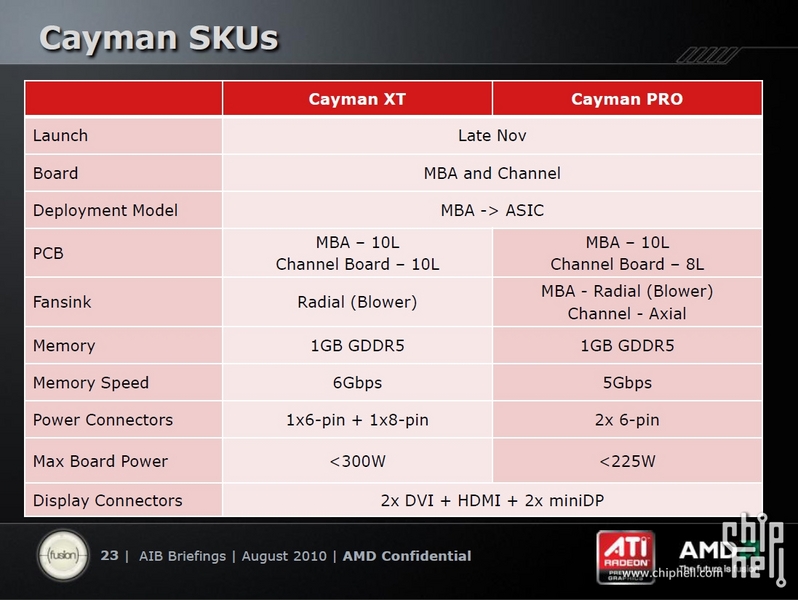 The release date of the Barts is dated next month while the Cayman cards are said to be revealed with in this week. So watch out for more news of the upcoming MAD 6000 series cards.