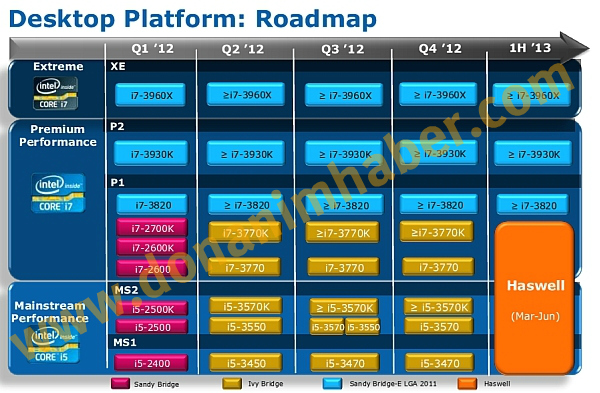 A leaked Intel roadmap shows that Intel would be launching its 22nm Haswell based Processors in first half of 2013. Intel is already gearing up for the launch if its 3rd Generation Core Processor Family based on the 22nm platform codenamed Ivy Bridge in April 2012, A successor to that unveiling next year sounds great.

The new Haswell processors would feature a 22nm architecture utilizing the 3D transistor technology along with increased IPC and an improved Instruction Set which would result in better performance and higher efficiency. Haswell Processors would also feature a faster graphics controller resulting in 5x graphical horsepower along with boosted core clocks and turbo boost frequencies. 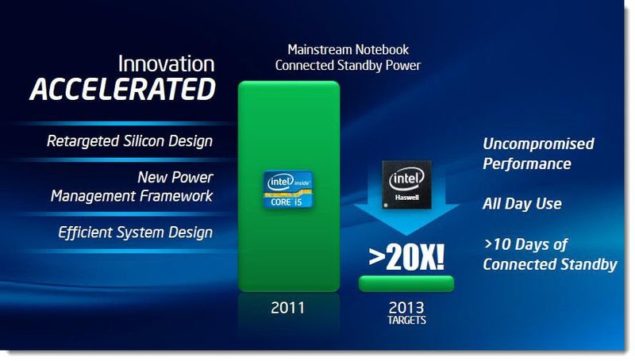 Alongside the launch of the new processors in 2013 would be a separate motherboard platform which uses the LGA1150 socket. While Ivy Bridge is compatible with Sandy Bridge since both use the same socket (LGA1155), Nor them or Haswell would be compatible with one another due to the different socket and processor design.