Last week, Wikileaks posted Hillary Clinton's 30,322 emails and attachments dating from June 30, 2010 to August 12, 2014. Over 7,500 of these emails were written by Clinton herself have now been published. Thanks to use of a private, non-secure email server, the Clinton email scandal has now revealed Google's involvement in Syrian uprising. 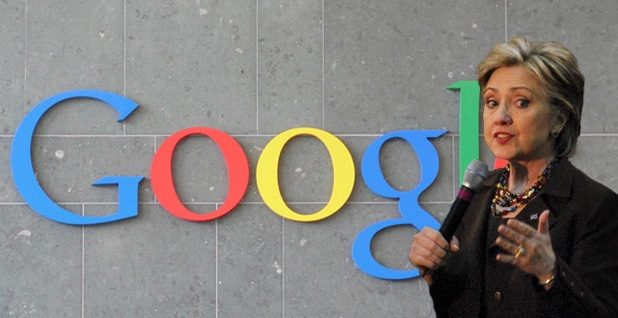 Emails posted by Wikileaks have revealed that in 2012 Google was working on a tool to support the uprising against Syrian President Bashar Assad. Messages between the former secretary of state and one of Google's executives detailed the plan for Google's involvement in the region. Highlighted by the Washington Examiner, an email sent by Google's Jared Cohen to Clinton's deputy chief of staff Jake Sullivan mentions a tool that Google believed could help to destabilize the Assad regime.

“Please keep close hold, but my team is planning to launch a tool … that will publicly track and map the defections in Syria and which parts of the government they are coming from,” Jared Cohen, the head of what was then the company’s “Google Ideas” division, wrote in a July 2012 email to several top Clinton officials.

“Our logic behind this is that while many people are tracking the atrocities, nobody is visually representing and mapping the defections, which we believe are important in encouraging more to defect and giving confidence to the opposition,” Cohen said, adding that the plan was for Google to surreptitiously give the tool to Middle Eastern media.

"Given how hard it is to get information into Syria right now, we are partnering with Al-Jazeera who will take primary ownership over the tool we have built, track the data, verify it, and broadcast it back into Syria," he said.

Calling it "a pretty cool idea," Sullivan then forwarded the email to Clinton.

Google possibly saw its tool helping the Syrians, however the uprising helped in the rise of the Islamic State (Daesh) and resulted in over 180,000 deaths.

While Cohen seemed to consider his company’s effort as helpful to American interests, the effort to overthrow Assad helped spur the rise of the Islamic State, which eventually filled a vacuum resulting from Assad’s loss of control over of Syria. - Examiner