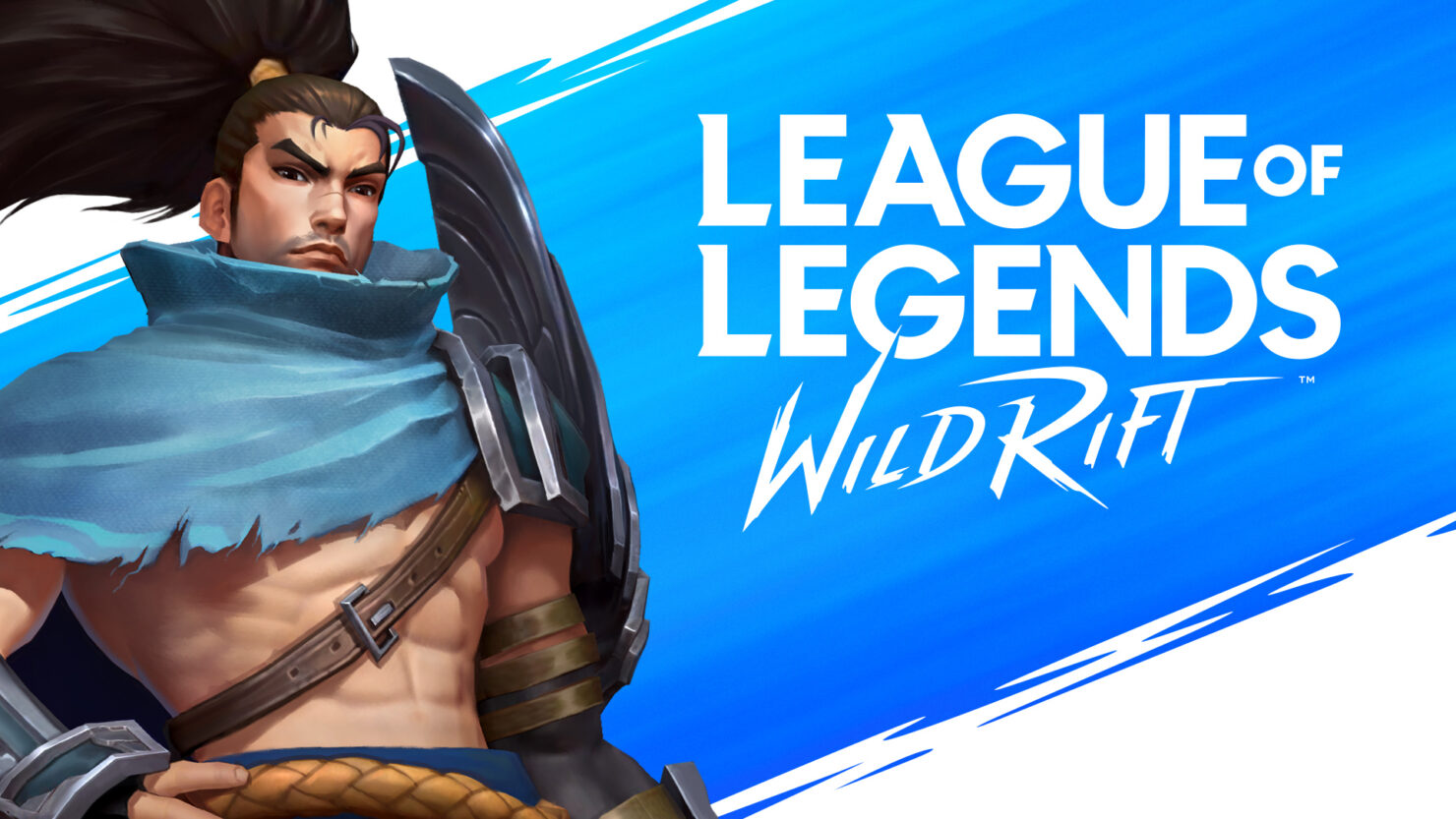 Geoff Keighley's Summer Game Fest has been a bastion for premiere reveals and deeper dives on games that are sure to excite fans of all genres. Among today's lineup of titles was a half-hour long look at Riot Games' upcoming mobile (and console at a later date) version of League of Legends: Wild Rift.

Our philosophy remains simple: We want to retain the feel of your favorite champions so they are authentic to what you know from League and we only look for changes where it makes sense to accommodate Wild Rift's faster game pacing, our slightly smaller map, or to adjust for the dual-stick controls.

Reimagined for mobile platforms, League of Legends: Wild Rift aims to retain the core three-lane gameplay of its PC counterpart while streamlining the experience where it makes sense for mobile. Five-versus-five matches are still the focus without having to make compromises on a mobile platform. While a formal game of League of Legends on PC aims for the 30-35 minute mark, Wild Rift truncates the experience down to roughly 15-20 minutes according to developers. This was so players that normally couldn't fit a full League of Legends match into their lifestyle could do so during a train ride or commute. Wild Rift will not be targeting new phases of gameplay, but instead focusing on shortening each phase. One example given was reducing the early game laning phase from 5-8 minutes down to 3-5 minutes on mobile. 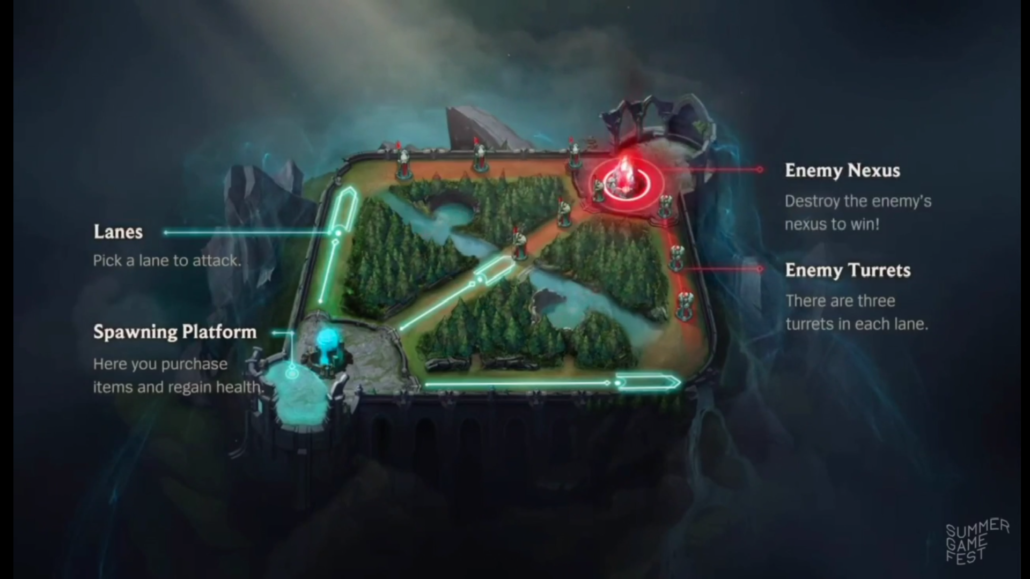 The other core focus for Wild Rift is to change the control scheme to work with a twin-stick design. This doesn't mean that players will be forced to play with the touch screen. Controllers will be supported in the mobile release of Wild Rift and there are currently plans to develop a console version of this title as well. There are teams working across all platforms and while "it's coming along well [sic] we're not ready to release anything yet".

As for monetization for League of Legends: Wild Rift, the current focus will be on champion skins. Christina Wun, product lead for product selection, discussed some of the challenges that mobile gamers face. Some examples given were business models that force players to pay to play, wait timers and pop-ups. The core business model from League of Legends on PC is the focus for Wild Rift on mobile: all champions can be earned in game where paying is optional. Other avenues for monetization are in "ways you can express yourself", meaning profile customization, in-game emotes, and of course, champion skins.

While the numbers and tuning on items purchasable in Wild Rift may be different, their purpose for item builds should be identical compared to the PC counterpart. For many builds, Rabadon's Deathcap remains the go-to item for stacking ability power with a current +130 AP and an Overkill ability that increases Ability Power by 40%. Wild Rift will also feature a number of active items but players will only be able to purchase one at a time. These active effects can be purchased as a third tier upgrade for boots and can be freely mix-and-matched between any boots, whether you want Mercury's Treads for a tenacity bonus or Boots of Swiftness for increased movement speed. A quick buy popup has also been added below the map in Wild Rift to help players get back to their protected lane as quickly as possible.

Additional gameplay modes were only discussed briefly during the gameplay reveal for Wild Rift, but two additional modes that players can play during the regional alpha will feature co-op vs AI for practice as well as training for controls and abilities. New modes will be a feature Riot Games is aiming to add in after launch. For the competitive spirit, Wild Rift will also feature a reimagined ranking system for mobile. 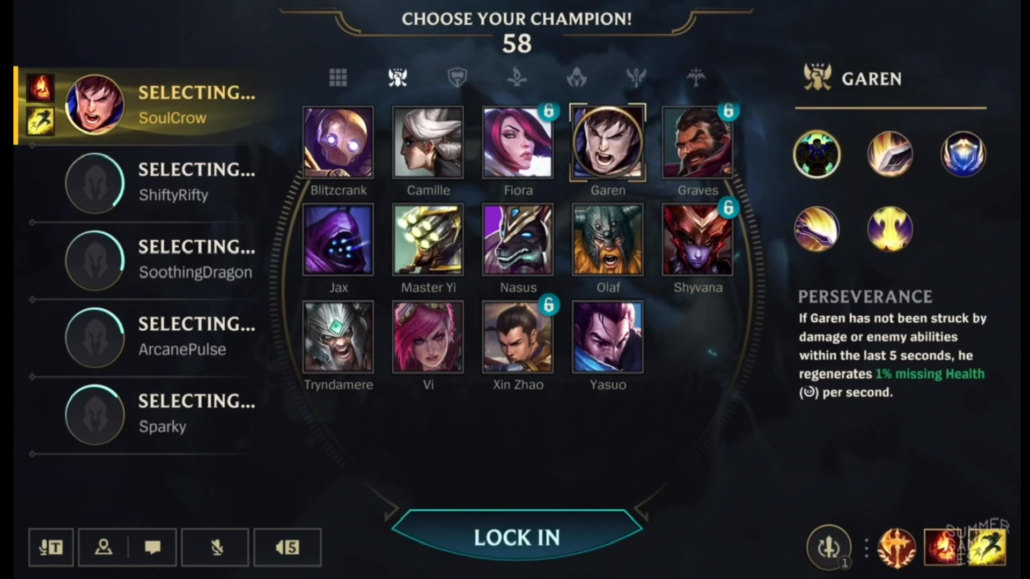 Champion count can be something that makes or breaks a new mobile experience like League of Legends: Wild Rift. While the full 140+ champion count from PC might not see the transition into Wild Rift on mobile, Riot Games is already promising a large number at start. In the regional alpha, there are currently 36 champions to choose from with more on the way. When asked if there will be champions exclusive to Wild Rift, Riot Games announced that there are no current plans but "nothing we'll leave off the table".

To pick which champions made the cut for Wild Rift, Brian Feeney, lead designer on the upcoming mobile MOBA, discussed their design philosophy in brief.  At the core layer, Riot Games wants to ensure that there's enough distribution across both roles and play styles. The second focus is about making sure champions work with the twin-stick control scheme. Some of the champions showcased work really will with the control scheme while the second wave of champions were ones that they thought would be difficult or high skill level champions, such as Yasuo and Zed. Now that they've achieved a middle ground between the two focuses, the team now has more flexibility in who can be brought over into Wild Rift. 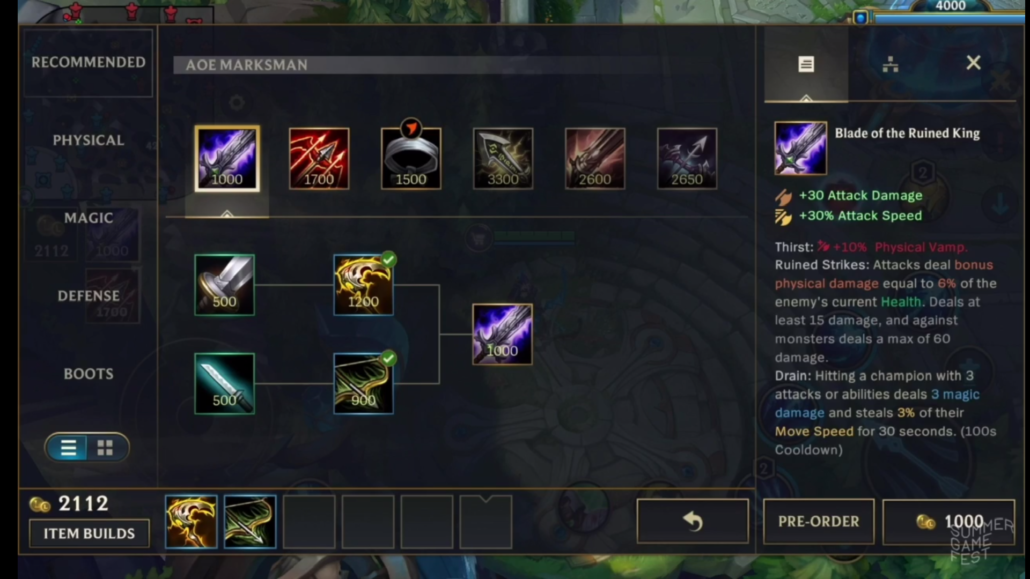 When David Wu discussed some of the champion changes in League of Legends: Wild Rift, we highlighted a number of hero changes that felt like they embraced the focus that Riot Games was achieving with their balancing. Nassus has had his siphoning strike speed adjusted "to make sure that he can still ascend in the late game". Twist of Fate's stack deck has been reworked to be more than just a passive ability, granting the champion a burst of attack speed to open up potential build paths. Much of Miss Fortune's skillset remains the same from PC to mobile, although Double Up has been reworked into a skill shot to work with the twin-stick control scheme.

There will be a limited regional alpha for League of Legends: Wild Rift, but don't worry if your country isn't a part of this initial test. League of Legends: Wild Rift testing will begin next week with a two-week alpha in Brazil and The Philippines, starting with the folks who pre-registered during League's 10-year anniversary. This is "just the first step but important". Their first focus is to have a narrow focus test to ensure both the core gameplay and server stability are where Riot Games wants to deliver. Both data usage and battery life are two targets to focus on with the initial test.

As for when you'll be able to play League of Legends: Wild Rift, Riot Games is still targeting a 2020 release on mobile. There is a console version in development with the team open to crossplay but mobile remains the focus for "this year" with console versions arriving at a later date. With Wild Rift supporting controllers for the mobile release, players should be able to get in plenty of practice with their favorite champions in the meantime.