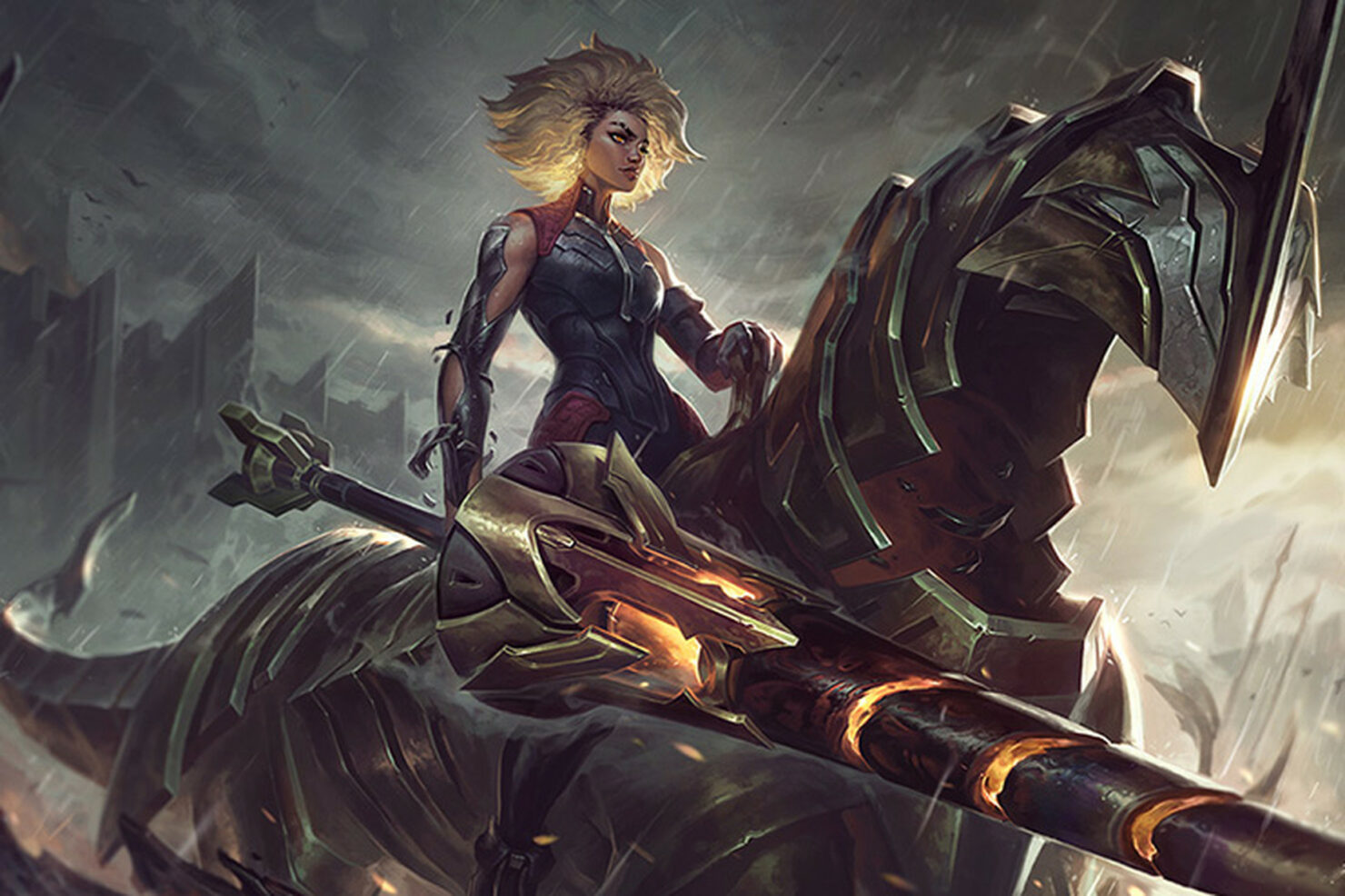 The developer surprised players with Rell's introduction this morning with a tweet, sending out Rell into the world as a support character with tank tendencies. Nicknamed "The Iron Maiden," she has an intriguing ability kit in addition to a unique design, with a bit of a bleak back story.

We're super pumped to introduce you to Rell, the Iron Maiden. Looking for more info on League's newest champ? We got you:

Rell will be ready to ride in Patch 10.25! pic.twitter.com/fp3pw3uBAi

Riot describes League of Legends' Rell as the "product of brutal experimentation at the hands of the Black Rose." She's a living weapon who exists to topple Noxus with a childhood filled with "misery and horror" as she underwent a variety of procedures to help her weaponize magical control over metal. One day, however, she escaped, killing her captors. That's where you come in as you help her flourish as a Champion.

Here's a look at each of Rell's new abilities, from Riot Games:

Rell attacks very slowly, but temporarily steals a portion of her target’s Armor and Magic Resist to deal bonus damage based on the amount stolen. Additionally, Rell can siphon resistances from multiple different foes to grow extremely tanky.

Rell stabs forward with her lance, breaking any shields and damaging all enemies hit (damage decreases after the first target). If Rell has an ally bound with E — Attract and Repel, she and that ally recover health for each champion hit by this ability.

(Can only cast while mounted) Rell leaps into the sky and transforms her mount into heavy armor, gaining a huge shield that lasts until destroyed or remounting. Upon landing, she knocks up all enemies around Herr. Rell can cast E — Attract and Repel and R — Magnet Storm during the transformation.

Rell has increased durability, low movement speed, and a movement speed cap while in armored form. After the transformation, this ability changes to Ferromancy: Mount Up.

(Can only cast while in armored form) Rell rushes forward and transforms her armor into a mount, gaining a burst of movement speed. During her next attack, she charges her target to deal bonus damage and flips them over her shoulder.

Rell has increased movement speed while mounted. After the transformation this ability transforms into Ferromancy: Crash Down.

Rell magnetically binds a piece of her armor to a target allied champion, granting them bonus Armor and Magic Resist while nearby.

Rell can recast this spell too break the bind and stun all enemies around and between her and her bound ally.

Rell erupts in magnetic fury, yanking nearby enemies toward her. She then creates a gravitational field around her, pulling nearby enemies in for a few seconds. the field doesn’t interrupt her enemies’ other actions.

It's unclear when Rell will be available as part of the League of Legends Public Beta Environment (PBE). Riot has not indicated when players can expect her to become available. Still, she should make an interesting addition to the Champions roster when she does make her official debut.