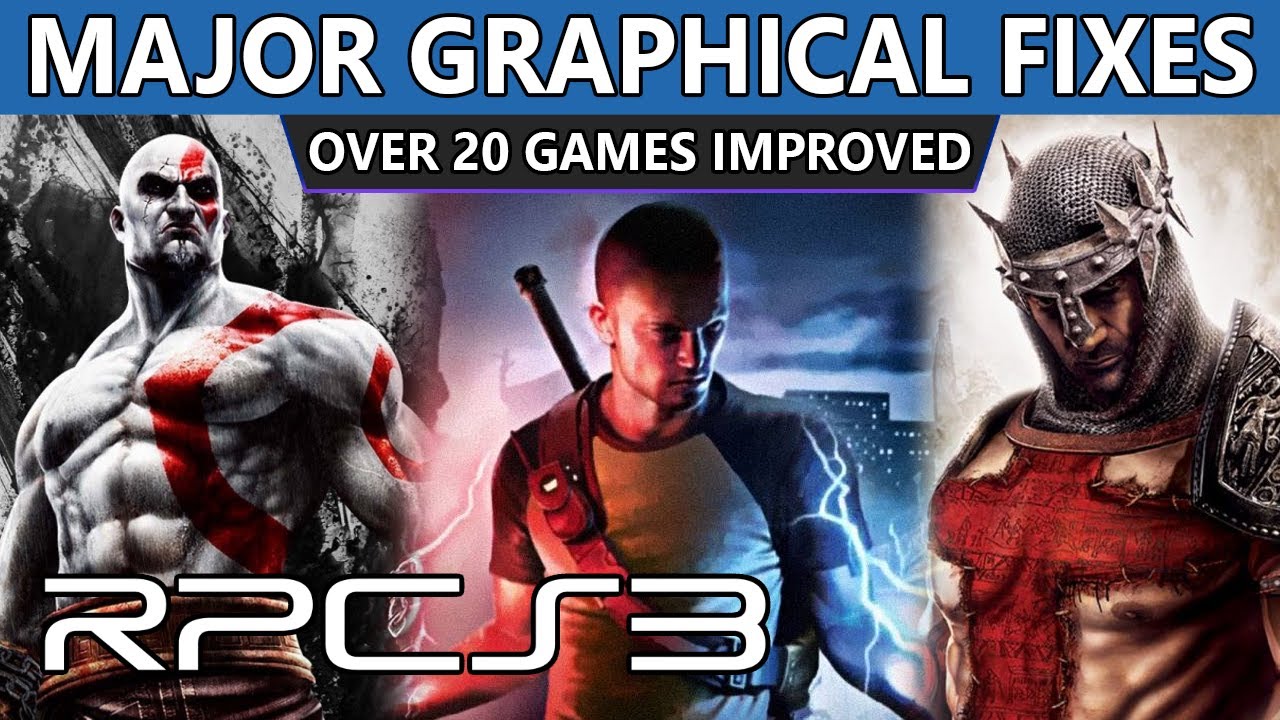 The latest version of PS3 emulator RPCS3 packs plenty of fixes for visual issues in various titles, including God of War 3, Infamous 2, Demon’s Souls, and various others.

The team behind the RPCS3 project has implemented various changes, which have improved the accuracy of the emulator, and as a result, have fixed various graphical issues within several PS3 titles. In addition, said changes have also made it possible to make several PS3/console exclusives playable on the emulator, including Starbreeze Studios’ The Darkness. Other titles that benefit from the recent changes are MotorStorm Apocalypse, Beyond Two Souls, Sega All-Stars Racing, Tomb Raider Call of Juarez: Gunslinger, Dead Island, Trine 2, Brutal Legend, The Cave, Golden Eye 007: Reloaded, Dante's Inferno, One Piece: Pirate Warriors, and  Resistance 3.

Check out the new RPCS3 video, showing off the changes and improvements, down below:

“All changes shown were made by kd-11, and mostly from two changesets, which affected AAA Exclusives and multiplatform games alike”, the RPCS3 team explains. “A new Precise ZCULL setting has been added to RPCS3 (on by default) which fixes some culling issues (broken skybox in Dante's Inferno, Sun shining through objects in Demon's Souls and some lights in Killzone 2 & 3 are no longer visible through objects.”

“Precise ZCULL also fixes games that relied on accurate area distance tracking to calculate values for bloom, blur, and other post-processing effects which resulted in issues like The Darkness being far too bright, or One Piece: Pirate Warriors having broken Blur.”

RPCS3 is a multiplatform open-source emulator and is currently considered the best PS3 emulator currently available. Over the past years, the project has made tremendous progress with over 2000 PS3 titles (more than 60% of all PS3 titles) currently being playable via the emulator.

The latest version of the emulator can be downloaded via the project’s official website. Be sure to read the quickstart right here.