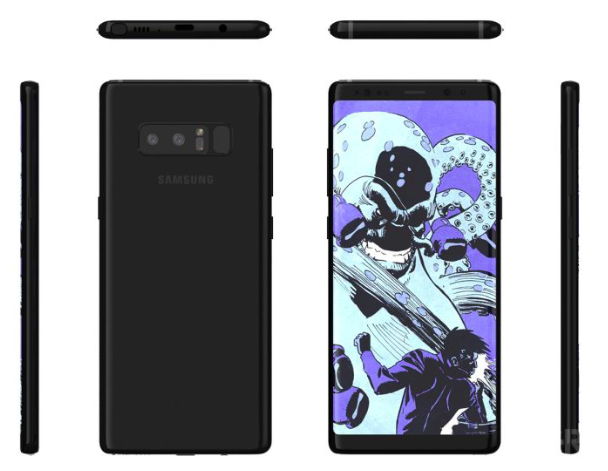 Samsung's upcoming flagship, the Galaxy Note 8 is creating a lot more buzz ahead of its official launch on August 23, at the Unpacked event in New York. In the latest report, BGR has posted some exclusive 3D renders that offer a clear look at the device.

These 3D renders show the front and rear outlook of the phone. On the front, we see an almost bezel-less Infinity Display with a couple of sensor above it. Similar to the Galaxy S8, the Note 8 also has a front-facing camera, an iris scanner, notification LED, and ambient light sensor on the front panel. The Iris scanner on the Note 8 is expected to work exactly as it operates on the Galaxy S8 lineup.

The display is (as expected) curved on both the sides of the phone. This time around, Samsung has kept the design a bit boxier when compared with the curvier Galaxy S8. The decision to make the design boxier seems like a good one as it keeps the design language uniform on all the Note series phones. They have always been boxier when compared to the S series of flagship devices from Samsung. 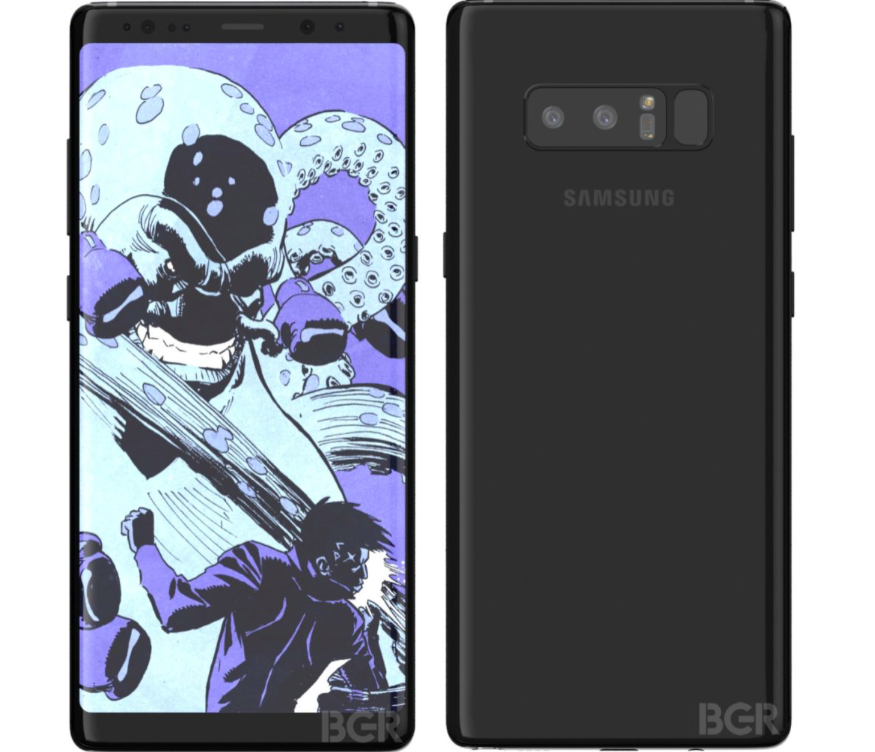 On the rear, the renders show a new dual-camera setup, LED flash/heart rate monitor, and fingerprint sensor. Well, this brings us to the bad reception that the placement of fingerprint scanner has received from the Galaxy S8/S8+ users. Apparently, it is a bit awkward for users to unlock the phone with the sensor placed on the rear and it does not work as accurately as it does on the Home button. Also, It is harder to get used to that kind of scanner placement. However, the renders of the Note 8 show that this time around Samsung has put a divider between the camera and flash. This divider could make it easier for the users to use the fingerprint scanner and it may also enhance its accuracy and speed.

The renders show that the Galaxy Note 8 also has metal sides like the Galaxy S8. At the bottom, we can see a speaker grill, USB Type-C port, 3.5mm audio jack, and the S-Pen port.

As good as these renders look, we have got to wait until August 23 to see the official unveiling of the device. The pricing of the phone is expected to be higher than the Galaxy S8 lineup.