I am Alive appeared on every gamers radar a few years ago with a simple announcement trailer, but then after breaking the radio silence and finally coming out with some game play videos and trailers fans who were anticipating another game GOT another game instead (Isn't that always the story?) the latest trailer of I am Alive gives us a tour of the dust clouds on the street levels of the city and how your own survival may not be as important as you think. 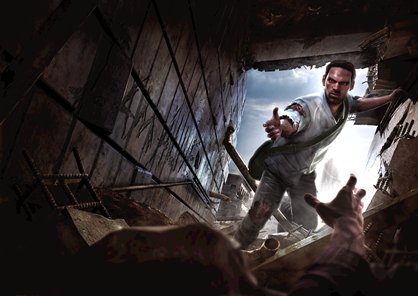 Its only human for us to watch out for our safety before others in the case of a serious disaster or a threat, unless we have someone to watch out for and they are near us. But our nameless protagonist tells us how supplies found in skyscrapers can be used by him, kept for barter later on or how he could do an act of kindness and share his findings with someone who really needs it and keep his fingers crossed of getting something in return.

The game looks okay at best but considering the release date draws closer it doesn't seem like there is enough time for Ubisoft to make significant changes to the game like we hoped they would. While there hasn't been a proper video detailing combat, interaction or any sort of proper in the game footage we can still get those from reviews on YouTube when the game is nearing its release date. For now keep your eye out for this game because its supposed release date is Q4 2011 which is already here but unless it gets delayed (again) then we will have to wait till next year.

The game is coming to the PS3 and XBOX 360 via their respective market sections (PSN store and XBOX LIVE Marketplace) while the PC players have been kept out of the loop yet again its getting more and more obvious that it wont be soon until Ubisoft completely stops making games for the PC even though PC was the starting point for their company.