Earlier today we reported on how Konami will be releasing a 'day 30 patch' for MGS V: TPP through the release of Metal Gear Online.

Konami filed the 'Big Boss' trademark, and covers video games, board games, Smartphone games, medal games, slot machines, pachinko machines. If the pachinko game were to be released, it would be the first Metal Gear without Hideo Kojima. 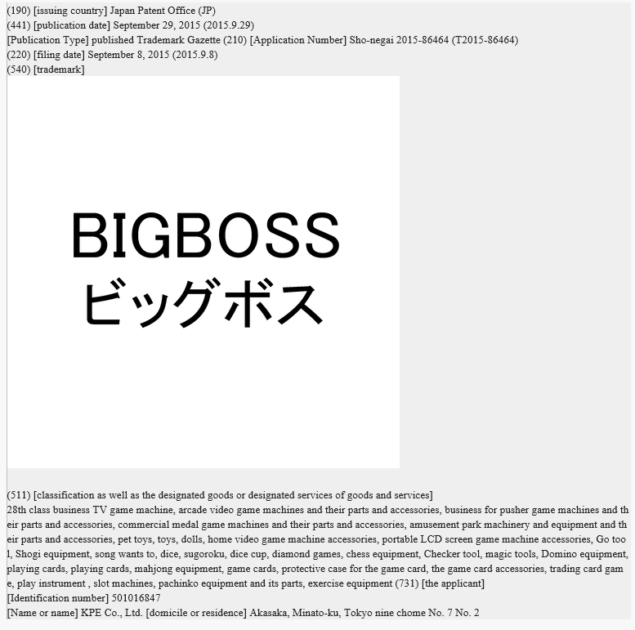 Mobile games are the future for Konami

Kojima left Konami earlier this  year, after the company changed president. Apparently Kojima used a lot of Konami's budget of the Metal Gear series and the company wanted a change. The same applies to Kojima's Silent Hills, which got cancelled by Konami.

Back in May of this year, Konami's new CEO Hideki Hayakawa, stated that the company would focus on mobile titles. According to Hayakawa, "mobile is where the future of gaming lies".

From the looks of out, the now registered 'Big Boss' trademark would well fit in that future. Thanks Neogaf.