Kingston’s HyperX has Announced a Stack of New Memory Modules

Kingston's HyperX division introduced a plethora of new memory modules at CES 2020, Kingston HyperX has added 32 GB unbuffered DIMMs and SO-DIMMs to its Fury and Impact families. They have also added DDR4-3600 and DDR4-3700 modules to its Fury and Fury RGB lineups.

The HyperX Fury and HyperX Fury RGB modules are not designed as the highest performance modules, that would be the HyperX Predator lineup, but the Fury and Fury RGB lineups have gradually been updated to increased performance. These RAM lineups will now offer 8 GB and 16 GB UDIMMs, and these UDIMMs are rated for either DDR4-3600 / CL17 and DDR4-3700 / CL19 at just 1.35 volts. 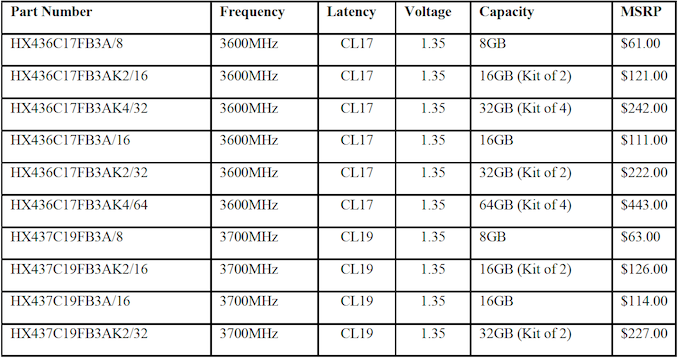 The Kingston's 32 GB HyperX Fury unbuffered DIMMs as well as 32 GB Impact unbuffered SO-DIMMs are based on the 16 GB memory chips, Kingston has not stated who the suppliers of these memory chips are. The manufacturer has said that the 32 GB modules feature compatibility for the latest platforms from AMD and Intel. 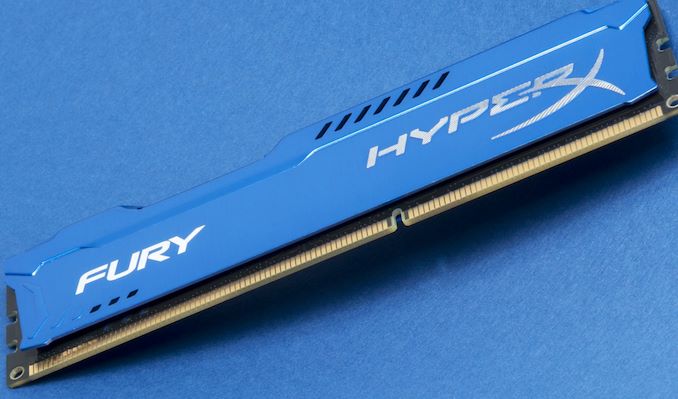 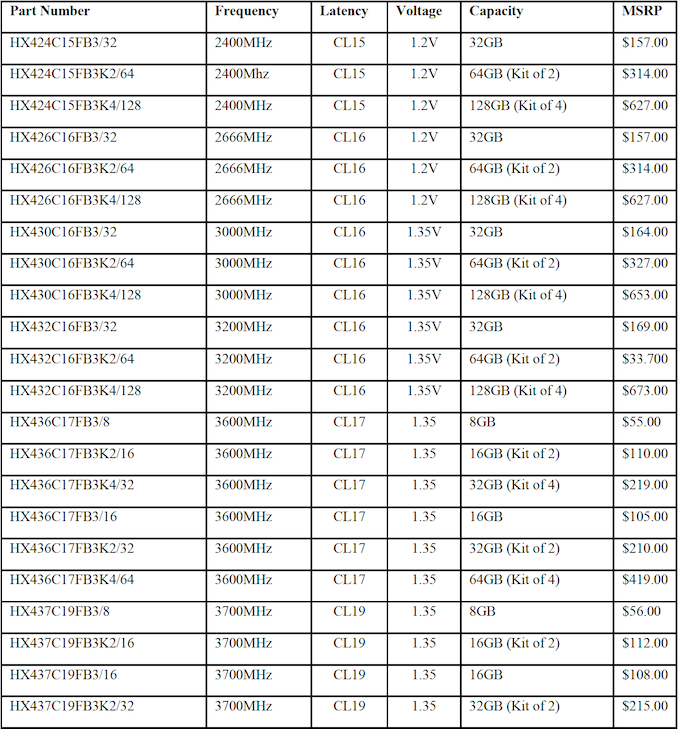 The SO-DIMM memory modules are HyperX Impact SO-DIMMs all feature a 1.2 Volts and are rated for 2400 MHz, 2666 MHz, 3000 MHz, and 3200 MHz memory kits. To keep the overall size of the RAM modules down, to maintain compatibility with as many laptops as possible, these RAM kits don't have metallic heat spreaders. They will also be available as single modules as well as up to 64 GB kits. One 32 GB HyperX Impact DDR4-2400 module is priced at $158, where the 64 GB DDR4-3200 kit will be priced at $403.