Yesterday’s Nintendo Direct announcement has been retweeted twice by the producer of Final Fantasy VII and co-creator of the Kingdom Heart series, Shinji Hashimoto.

Nintendo announced a new 35-minute long Nintendo Direct for today, and Square Enix’s game producer appears to be rather enthusiastic about the new Direct as he has retweeted the announcement not once, but two times. 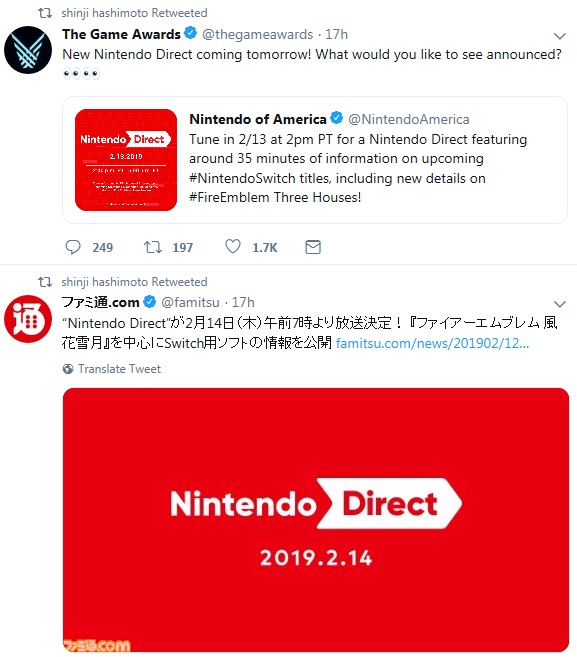 While this doesn’t necessarily mean anything with regard to today’s Nintendo Direct, it isn’t common for a gaming icon to retweet announcements like this twice. Hashimoto’s ‘enthusiasm’ could hint at Kingdom Hears-related news in today’s Direct or a possible inclusion of Kingdom Hearts in Super Smash Bros. Ultimate. Another possibility is that today’s Direct will contain info on the upcoming Final Fantasy VII Switch port that was confirmed earlier.

As said, the retweets might not mean anything at all, but we thought it would be interesting to share nonetheless.

Hashimoto currently acts as brand-manager on the Final Fantasy series. He joined Square Enix back in 1995 and served as promotions producer on Final Fantasy VII for the original PlayStation.