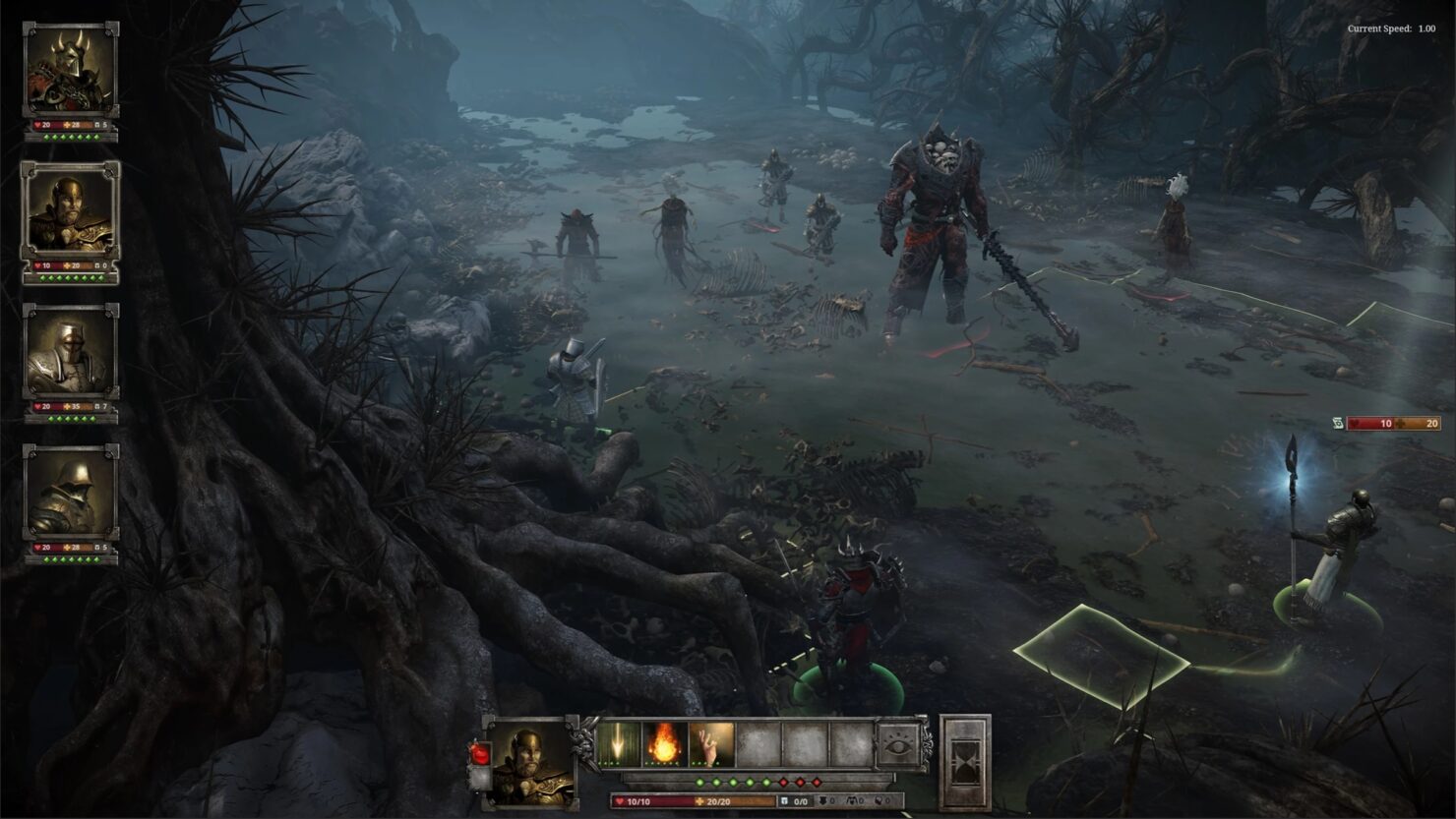 The new game is in development by NeoCore Games, the team behind Warhammer 40,000: Inquisitor - Martyr and The Incredible Adventures of Van Helsing series, among other titles, will be based on the Arthurian Mythology, and offer players a twist on the traditional tales of chivalry.

Your Fights - Control a small team of heroes and fight grueling, but satisfying battles with a deeply engaging, tactical turn-based combat system. Choose from more than 30 heroes of 5 diverse classes and combine hundreds of skills and artifacts to assemble an efficient team.

Your Heroes - Gather your own Knights of the Round Table and send them on knightly quests. These heroes are the most important resources and the most complex gameplay elements at the same time. But beware! Death is always final! You must manage them at the Round Table accordingly, planning ahead before going into battles. The character progression system is designed to be as deep as in the traditional RPGs: heroes level up on unique skill trees and the complex loot system provides unique options to fine-tune their tactical capabilities. Each hero has a distinctive personality and their loyalty is constantly changing through the decisions made by the player –  in certain cases they can ever leave the Round Table and turn against you.

Your Kingdom - See the entirety of Avalon presented on a the Adventure Map, observe all the territory, select your missions and explore various places. Management in KING ARTHUR: KNIGHT'S TALE focuses on rebuilding Camelot and expanding the mystical Stronghold with new buildings that each unlock various upgrades, and also offers different ways to heal up and manage the heroes of the Round Table.

A King Arthur: Knight's Tale Kickstarter campaign has also been launched today, and you can check out the game's official page to learn some additional details on the story, gameplay mechanics, and more.

King Arthur: Knight's Tale will launch on PC via Steam sometime in the first quarter of 2021. The game is also coming to PlayStation 5 and Xbox Series X and S on a yet to be confirmed release window.