Watt A Box: Charge Your Phone While Eating KFC 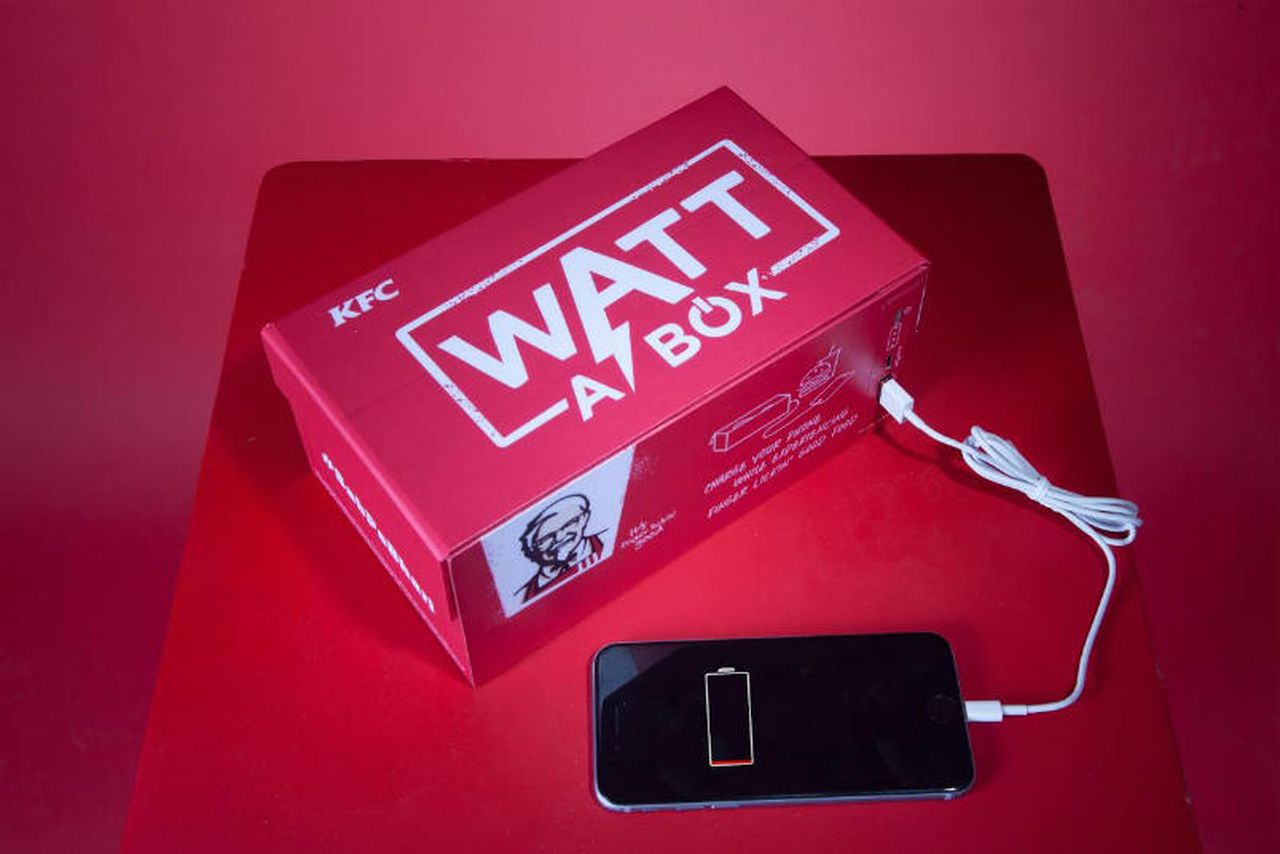 People are more concerned about their smartphones nowadays than ever before. Even when at fast food restaurants, that is why they’re coming up with interactive solutions. Everyone’s favorite fried chicken chain KFC has launched another contraption to keep users hooked. It’s a fried chicken box container which works as a smartphone charger as well.

KFC is encouraging its customers to use and charge their cell phones while eating their food, although we strongly advise against it. You don’t want your phone all greasy and hard to clean do you? This is the third time KFC has come up with a campaign like this, before this there was a memory bucket which was a photo printing chicken bucket. Another campaign had a keyboard tray which allowed users to text without getting their phones dirty. Now KFC has come up with this, called “Watt a Box”, in India. Watt a Box is basically a chicken containing box that has a power bank attached to it. Users can charge their phones on the go and use it as they like. 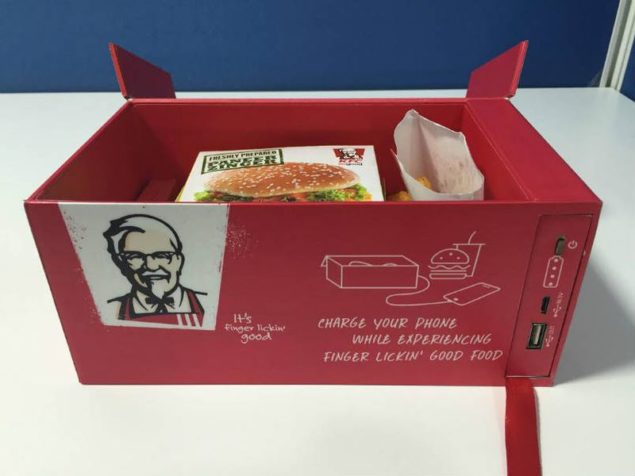 The box contains a USB port where you can connect your charger and a power button on the side. According to recent reports the power bank hardly charges a phone, BGR found that it only charged an iPhone 5S an additional 17% after 30 minutes of charging. But still if you’re low on battery and hungry too, then this might be a quick and easy solution.

This new marketing strategy by the company will surely get some new customers and attract the usual ones too. If this comes to my country I am surely going to pay a visit to KFC and I’m sure many other people would also want to see what this is all about. The photo printing bucket and the keyboard tray are also very ideas to cherish. If this works we can safely say that KFC is doing it right (subtle reference to the slogan “we do chicken right”).