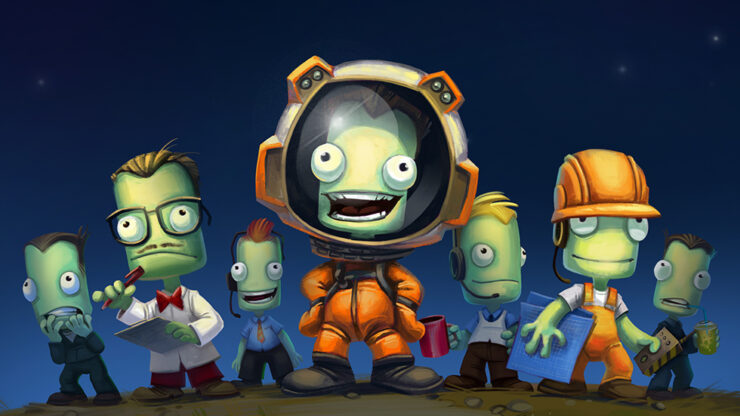 Kerbal Space Program Enhanced Edition, the improved edition of the space simulation game originally released a while back on PC, is now available for digital download on PlayStation 4 and Xbox One.

The new version of the game comes with several optimizations made specifically for the console version as well as all the features introduced in the latest PC update, the Loud and Clear update.

In addition to the optimizations for console gameplay, Kerbal Space Program Enhanced Edition incorporates the Kerbal Space Program 1.2.2 “Loud and Clear” update from the PC version. This includes a broad range of improvements and features that boost the overall game experience from the prior console version, such as new communications methods between your HQ and spacecraft, more tweakable options while constructing rockets, a complete fuel system overhaul, and much more. As a thank you to the existing console community, all owners of the prior console version of Kerbal Space Program can redeem the Enhanced Edition for free*.

Kerbal Space Program is one of the most interesting space simulation games released in recent years. The game allows players to assemble a functional spacecraft which flies based on realistic aerodynamics and orbital physics.

In Kerbal Space Program, you take charge of the space program for the alien race known as the Kerbals. You have access to an array of parts to assemble a fully functional spacecraft that flies (or doesn’t) based on realistic aerodynamic and orbital physics. Launch your Kerbal crew into orbit and beyond (while keeping them alive) to explore moons and planets in the Kerbol solar system, constructing bases and space stations to expand the reach of your expedition.

Kerbal Space Program features three gameplay modes. In Science Mode, perform space experiments to unlock new technology and advance the knowledge of Kerbalkind. In Career Mode, also oversee every aspect of the space program, including construction, strategy, funding, upgrades, and more. In Sandbox, build any spacecraft you can think of, with all parts and technology in the game.

Kerbal Space Program Enhanced Edition is now available on PlayStation 4 and Xbox One.