So you’re a rocket scientist? That doesn’t impress me much. Well, actually it really does now. Kerbal Space Program Enhanced Edition is finally out on console, and it turns out that rocket science is genuinely hard.

In fact, if you missed this simulation oddity on PC, it originally released back in 2015 and has been slowly gathering a name for itself ever since. In it you play as the director of a space program, creating and testing countless rockets to try to go where no Kerbal has gone before. Despite its staggering attention to detail, Kerbal Space Program has a very friendly appearance.

Rather than basing the game on our little blue marble, with all its pesky humans and lingering government interest in space exploration, Kerbal Space Program is set on Kerbal. The aliens that inhabit this other little blue marble are smaller, green and with big expressive faces. 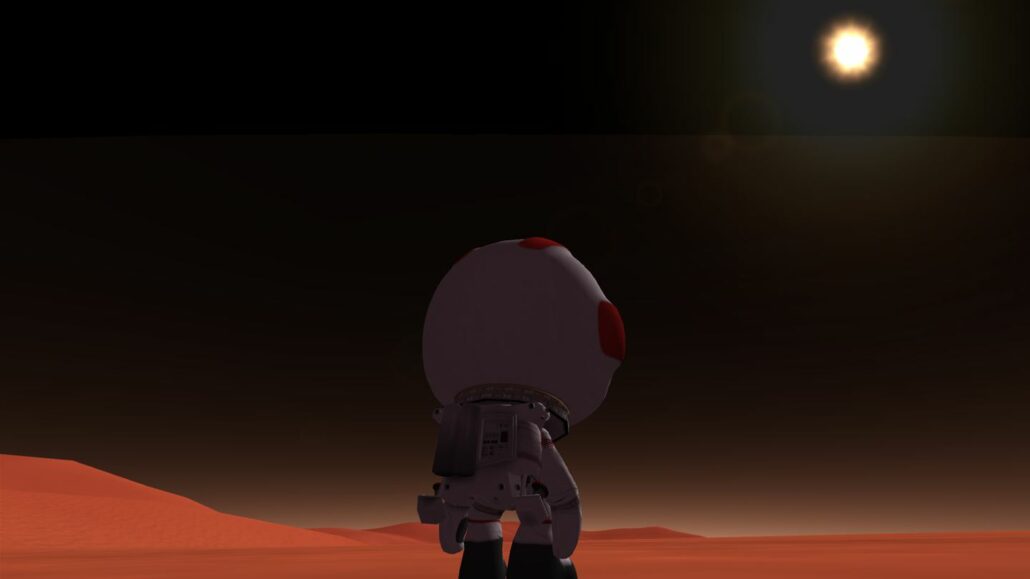 With these mascots, you might be forgiven for thinking that this is a simulation-lite. You would be dead wrong. If you don’t know the basics of aerodynamics, Newtonian dynamics and how the planets work you’re in for a slow start. But that’s not necessarily a bad thing. The game features a remarkably thorough tutorial that it's basically essential reading. It might be a slower start than you're used to, but I have to stress that it is incredibly important to understand the game before jumping into your own builds.

The story mode works as a set of increasingly difficult challenges, beginning with getting your feet off the ground and ending somewhere in the stars. It's well paced and gives you plenty of opportunities to experiment as you develop your rockets. Free mode lets you play with all the most explosive and experiments toys from the beginning. I didn’t actually spend a lot of time with free mode because, without understanding the advanced principles at work, it's hard to build anything that impressive.

And I know I keep referencing just how tricky it is to build a rocket, but that’s because there is just so much you don’t think about until the game tells you to. I worked through the tutorials I was struck by the notion that the weight of the fuel is a factor I have to calculate. This is one of the earlier, basic things they teach you, like the atmosphere your parachute will deploy in and the escape vector needed to break orbit. Things only get more complicated as you go and in the end, I had a cheat sheet I created with things to check before launching a rocket.

If this was the whole game, it’d be interesting enough. But once you’re happy with your science, or more likely, you’ve shrugged and decided to test the rocket anyway, you have to fly the thing. That means knowing which way to point it, and when you get more advanced, when you activate each stage of the rocket. When you’ve spent millions in fake currency and hours tinkering with your rocket, there is a nervous experiment that builds when you see it standing out on the launch pad. It's also akin to that building tension the longer you survive in PUBG. 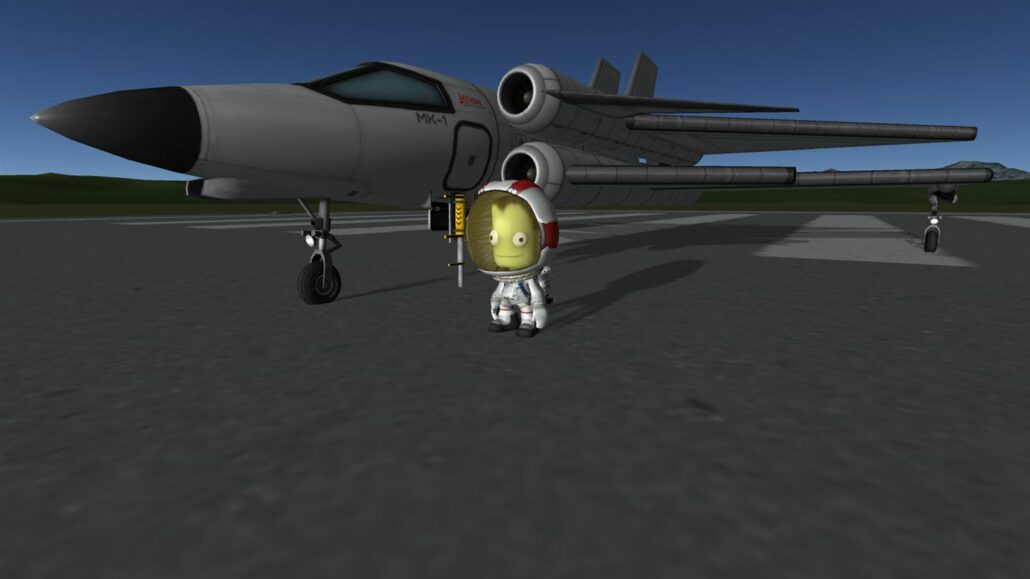 But that feeling comes with so many attached costs. This is a fiddling rocket building simulation and the pad controls, although improved for this Enhanced Edition, just don’t match up against the ease of using mouse and keyboard. They’ve tried hard to make it workable and it nearly is, but when millimeter changes in the placement of a fin can deeply affect the rocket, you need the best possible controls.

On top of that, some things that shouldn’t be fiddly at all somehow are. Things like pop menus locking to the screen and refusing to leave are just frustrating as you’re trying to focus all your brain power on how to make your masterpiece actually work. I’m sure this will be patched out at some point but it leaves an irritating taste in the mouth, a distraction from the fun, patient and meticulous work you should be paying attention to.

Controlling the rocket works well if you’re good at it. Once you learn about all the little dials and know about the rough direction you want to travel, it's satisfying shaking your rocket off the surface, even if it eventually comes back down.

For console players looking for a deep simulation, it's worth reminding that Kerbal Space Program is popular for a reason. While it doesn’t have the shiniest graphics available in 2018, it offers so much in hard numbers and depth of work. This is not a pickup and play kind of game, this is more akin to a project you have to spend time on. Nor is it a relaxing game, as you’ll have to keep your brain switched on for the whole time. If all of that sounds, this is a great game. If you have any doubts, maybe give it a pass until you have the complete resolve to play it. Rocket scientists are committed for a reason.

Kerbal Space Program is a game that makes you feel dumb before it makes you feel smart. That is its appeal. There are some issues with its presentation on console, but if you want to feel smart and have the time to learn (and don't mind the annoying controls and menus), this is the game.