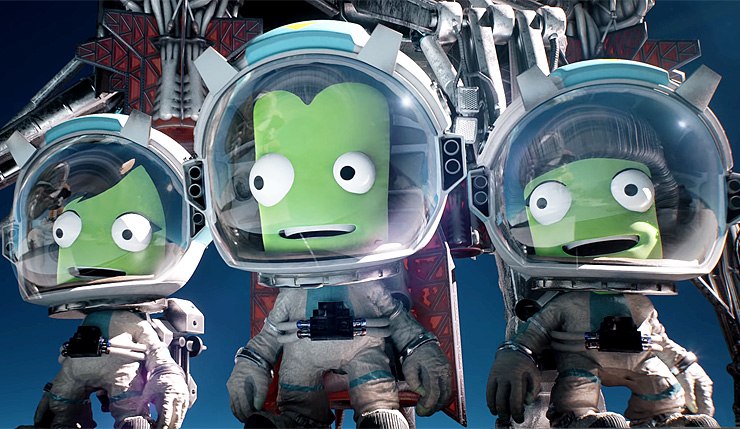 Recently it was announced that Kerbal Space Program 2 had suffered a major delay, slipping from early 2020 all the way to fall 2021, but most of us kind of overlooked the news – a lot of games were being delayed due to COVID-19 around that time! Well, according to a new report from Bloomberg’s Jason Schreier, there was a lot more to that delay than we initially realized.

For those who haven’t been keeping up, mega publisher Take-Two Interactive purchased Kerbal Space Program back in 2017 and the sequel wasn’t being developed by original series creators Squad, but rather Star Theory Games. Apparently, Star Theory was discussing royalty terms, and perhaps even the sale of the studio, with Take-Two in late 2019, but negotiations were abruptly called off. Take-Two announced they were severing ties with Star Theory (via LinkedIn of all things) and encouraged all of the studio’s employees to apply to work at a new studio they were founding. A spokesperson for Take-Two’s indie publishing label Private Division confirmed this was the case…

More than half of the [Kerbal Space Program 2] team is now at Intercept Games. In doing so, we are empowering our deeply passionate and talented team to focus on quality, and we are thrilled with the progress that they are making on the game.

The new team handling Kerbal Space Program 2 is called Intercept Games, and, based on the recent delay, it seems like they’re having some trouble getting on their feet. Meanwhile, Star Theory, which has been in business since 2008, hoped to carry on with some original game ideas they planned to pitch to publishers at GDC, but, unfortunately, the COVID-19 pandemic scuttled those ambitions. As a result, Star Theory was forced to shut their doors.

Take-Two has generated a decent amount of goodwill amongst gamers with their Private Division label, but let it not be forgotten that they can be one of the most ruthless AAA publishers around. It’s a shame such a happy, charming series is being developed in such a mercenary way.

Kerbal Space Program 2 launches on PC in fall of 2021.