Kenshi is the second DLC character to follow after the release of Skarlet on PSN / XBL, Kenshi made his appearance in the PS2 Mortal Kombat games but now his story has been told in order to give players an idea on what ending they can expect when they beat the game with him in arcade mode. Kenshi has a very interesting back story and explains how he came about being blind and acquiring the blade which made him a great warrior. There are many more DLC characters in the pipeline but those are for another day. 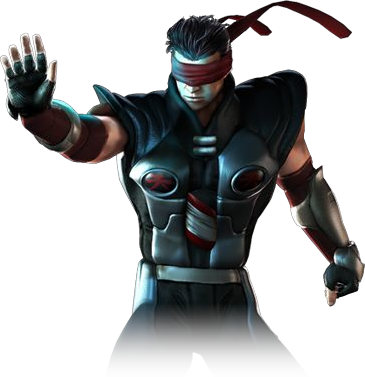 Kenshi was a swordsman who was offered to possess a legendary sword by the name of Sento by stranger who was disguised as Shang Tsung, but Kenshi couldn't have guessed that he was used to unleash a crypt full of the souls of his ancestors and Shang Tsung consumed all their souls. Kenshi was left blind until the sword spoke to him and helped him recover, the sword helped in training him and Kenshi has since then sworn revenge on Shang Tsung.

Kenshimade his debut in Mortal Kombat: Deadly Alliance for the PlayStation 2 released back in 2002 and has since then been in almost every other PlayStation 2 Mortal Kombat game, since he had proved to be the better fighter and a community favorite Netherrealm studios decided to add him to the list of DLC characters for Mortal Kombat 2011.

Kenshi will come to PSN Store / XBL on the5th of July, if you buy the Season pass you will be able to take advantage of saving money if you decide to buy Skarlet and the future DLC characters too. Currently Skarlet is the only other DLC character available and the next DLC character for release is Rain.