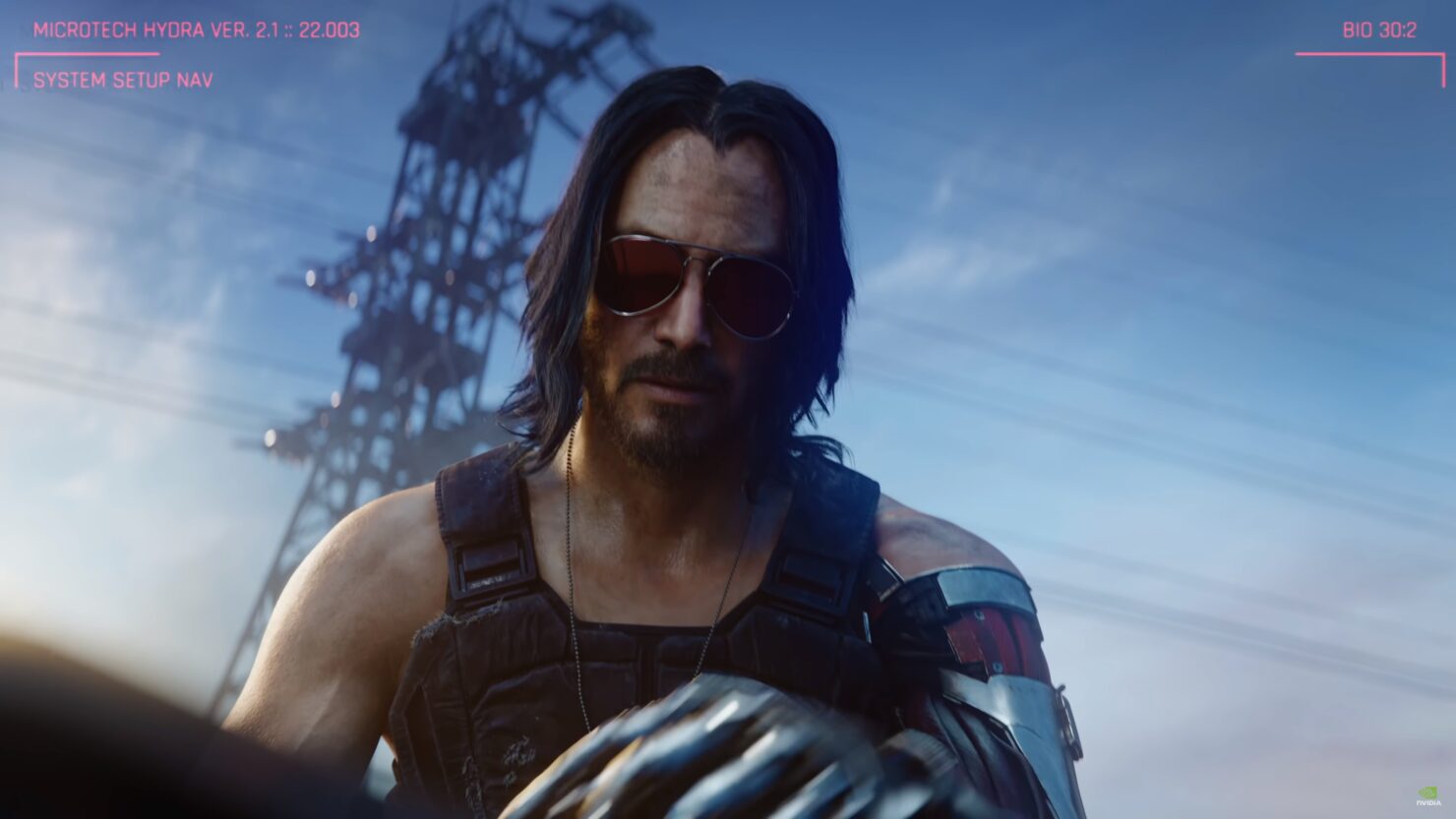 Keanu Reeves was the big surprise of Microsoft's E3 2019 briefing. He appeared on stage to announce he'll star in Cyberpunk 2077 as Johnny Silverhand, a well-known character from Cyberpunk lore.

In a video interview with the BBC, the movie star from The Matrix, Speed, and John Wick said gaming doesn't really need any legitimizing through Hollywood actors.

I don't think they need legitimizing. If anything I'd say it's gone the other way. It's more of the influence gaming has had on Hollywood. Certainly with the Marvel universe, right? But then gaming probably started in the beginning with Hollywood. I think these technologies have been talking to each other. I remember when Marlon Brando starred in Superman and said 'Okay, so now they can just digitize how I am, my look and do another performance and I don't need to be there'.

That idea of the technology of image capture and performance, we're seeing now in Hollywood so many performances where they're either aging or making other performers younger. The elasticity of performance and time and what you look like and who you are, it's getting more complex.

Keanu Reeves then discussed his role as Johnny in Cyberpunk 2077.

What I thought was really cool is, you're not only getting what your character looks like with clothing or gender. You also can choose different kind of directions of character. And also you get to express that.

Are you a hacker? Do you want to go more physical, more intellectual? More problem solving... You can adjust all these things and you can play the game in all those different ways, and the game is changing to you. Your list of decisions and every scene that you've come up with, you're really kind of like choosing the path that you want to go on.

The actor also expressed satisfaction at being able to talk about his involvement in Cyberpunk 2077, after a long period of secrecy.

I didn't, I was sworn to secrecy, so I haven't really...I would say I was involved in a video game. If that's even what you want to call this. And people would be like 'Oh cool, what is it?' I'd be like 'I can't tell you'.

But now I can. I'm free! I can share it. Actually, I just got a text from a friend of mine, she has two young sons. She was just writing like 'My sons have been waiting so long for this game and then they saw that you're in it and they just went insane!'