"That was a huge achievement, 'Clash of Clans' had looked invulnerable, but Kate Upton has been able to breach the walls." 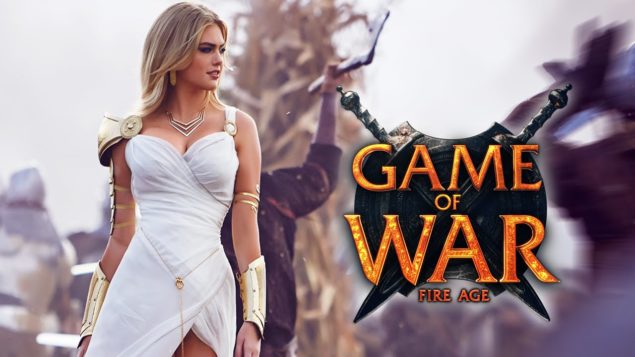 ISpot.tv, a add and social media firm, estimates that the developer of 'Game of War' spent around $80 million just for U.S. airtime for the 'Game of War'. This has resulted in the games revenue doubling to $1 million daily. The airtime is specifically targeted to entice boys and men to download the game after which the game usually forces the user to buy in-game goodies to survive against the odds. According to L.A.Times, "there are several versions: Upton relaxes in a candlelit bathtub. She rides a horse and leads medieval troops to battle dragons. She approaches the camera and slyly invites the viewer to "come play with me."

Check out the popular 'Game of War' advertisement below.

Until now, no one had estimated the mobile industry as a major target for revenue making but recent studies and researches have proved that in future, mobile gaming will prove to very profitable. This can be vouched for by the fact that in 2014, as estimated by the company Newzoo, Mobile game apps brought in $25 billion in revenue and it is expected to grow at a rate of 25% for 2015.

These new results have changed the way mobile industry was approached and now its emerging as a serious industry in the gaming and revenue making arena. Where the mobile industry has an edge over the others is the fact that in app purchases are not easily hacked and your game is updated online in real time. Hence, this leave very little room for error and makes hacking very difficult if proper safeguards are present. Do share your views with us in the comments section.