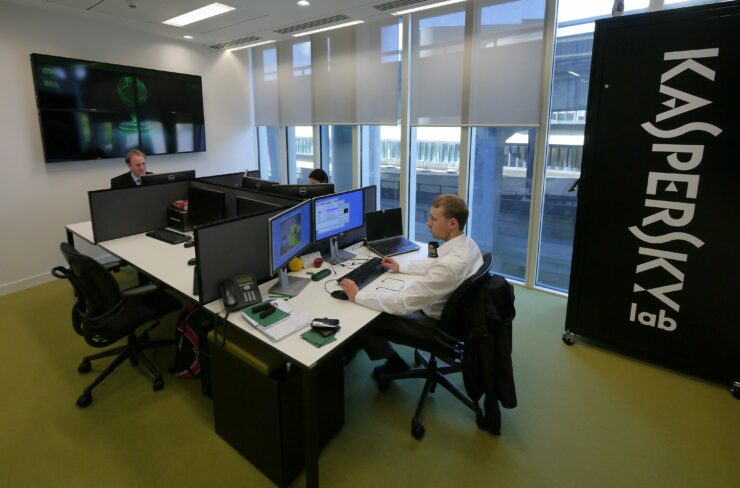 The Moscow-based antivirus firm, Kaspersky Lab, has sued the United States Department of Homeland Security for blacklisting the firm's products from the federal agencies. The firm said on Monday it has unduly suffered as a result of this ban just because the Trump administration believes the AV firm has links to the Kremlin.

Kaspersky: DHS "failed to satisfy even the minimum standards of due process"

"While DHS professed to give Plaintiffs an opportunity to contest the BOD and change DHS’s decision before the 90-day mark, by allowing Kaspersky to make a written submission to DHS near in time to the 60-day mark, this process was illusory and wholly inadequate because it failed to satisfy even the minimum standards of due process," the company's lawyers wrote in the complaint filed in the federal court in Washington, DC. "In actuality, the debarment of Plaintiffs and the damage caused was immediate and complete upon the issuance of the BOD."

"The process for identification, removal, and discontinuation had been initiated immediately upon issuance, all government agencies were prejudiced against Plaintiffs’ software at that time, and the process could therefore not have been adequately unwound."

The security firm's latest lawsuit is an effort to distance itself from the allegations that the company had any ties with the Russian government. While several companies in the United States were on the private firm's side after the initial ban, the company's own admission of having uploaded secret documents from an NSA employee proved to be a lynchpin in the case.

The ban turned into a law earlier this month when President Donald Trump signed legislation banning Kaspersky Lab from across civilian and military agencies. This potentially affected the firm's reputation outside of the US, as well.

In its latest lawsuit, however, the company suggests that it was deprived of due process and this resulted in damage to the company's "reputation and its commercial operations without any evidence of wrongdoing by the company". The company had to close its Washington office as a result of this ban.

Kaspersky continues to deny any ties with the Kremlin and had earlier said it was stuck in the middle of a geopolitical fight. Several US companies now fear if they will be hit back by the Russian government as a response to the Trump administration's blanket ban on Kaspersky. The company, however, is against all these bans. "I am against any bans,” the company’s VP had said earlier this month in an interview in Moscow. "Any protective measures could be very dangerous long-term."

- Earlier: After Net Neutrality California, Massachusetts & Washington Among a Growing List of States Suing the FCC