Just Cause: Mobile Crashes Its Way On iOS and Android This Year 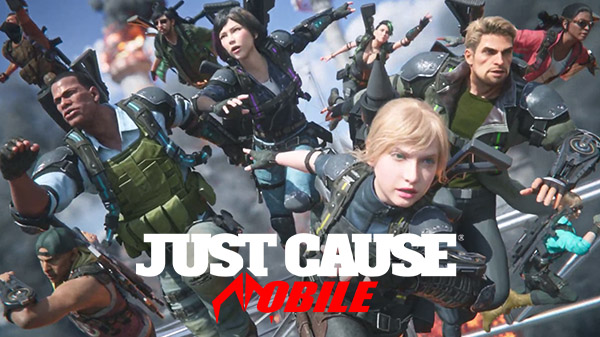 Fans of the popular action-packed Just Cause series can rejoice as the game is headed to the mobile platforms later this year titled Just Cause: Mobile. Square Enix has revealed a full cinematic trailer along with the other interesting formation about the game. The video also featured a few Just Cause staples that will appear in the upcoming game. The game is being developed for global audiences and is expected to release later this year.

Mobile Gaming Just Got a Lot of Fun with Just Cause: Mobile

With that said, Square Enix shared a good amount of information with us about the upcoming game.

Just Cause: Mobile delivers the explosive action of the Just Cause universe to your fingertips in action-packed, single-player and multiplayer experiences that offer on-the-go grappling, gliding, and shooting, all presented through exhilarating top-down gameplay. Featuring in-game cutscenes and fully voiced characters, players can customize their agent and join the ranks of Firebrand, a special division within the covert organization, “The Agency.” The mission: stop a new mercenary group under the name of Darkwater. Darkwater is a group made up of ex-Black Hand military forces from overseas that are now a major threat to The Agency across the globe. As a new recruit of Firebrand, day one starts off with a major attack on the base – one that the player narrowly escapes alive. Firebrand leader Carmen Padrón gives you the order to further investigate the mercenary group Darkwater and track down allies to assist you on your mission, including her former agency partner Rico Rodriguez.

In addition to that, Annika and Teo from Just Cause 3 will also be returning, and it seems like you are tasked to find out where the series protagonist Rico Rodriguez is. Needless to say, it looks like the game is building upon an already strong foundation that was laid by the original games. You can see the cinematic trailer below.

Just Cause: Mobile campaign will take place across three open-world locations around the globe, and you will obviously expect all the mayhem that you have known and loved in the previous Just Cause games.

There is no release date for the Just Cause: Mobile, but Square Enix has stated that the game will be available on iOS and Android later this year and free.

For more information and updates on the Just Cause: Mobile, head over here.